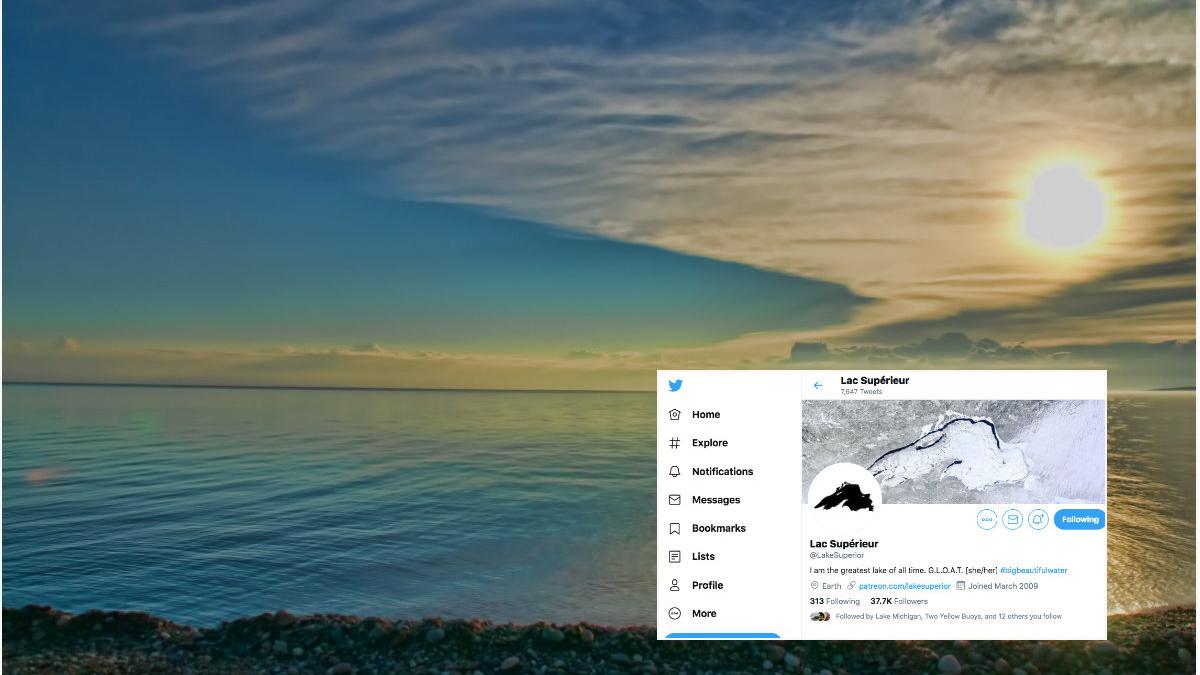 There are more than 100 million lakes on the planet, only a handful of which can lay claim to the label of “great.” And of those, there is just one GLOAT.

If you don’t know that GLOAT stands for “greatest lake of all time,” you’re probably not following “Lac Supérieur” on social media.

Lac Supérieur is the Twitter handle for Lake Superior, an account run by a human who speaks not on behalf of the lake but as the lake, in a brash, anthropomorphic way, brimming with a mix of swagger and silliness.

Hey, you’d be feeling yourself, too, if you were the largest freshwater lake in the world (by surface area).

“Some would say I have a superiority complex,” said Lac, which is how we’ll refer to the guy behind the account in order to maintain his secret identity. (He was once caught out by a friend, and said it felt a bit like the unmasking of Batman.)

What we can reveal is that apart from his college years, Lac has spent pretty much his entire life living within a mile of Superior. The Twitter account may be written with a tongue-in-cheek style, but Lac’s passion for the lake is the real deal.

“I just kind of have a feeling my soul is buried out there in Superior. I’m just drawn to it,” he said. “It’s just so massive and awe-inspiring. Even on a map, it doesn’t do justice to how big it is. It has this mythological kind of feel to it.”

Size is one thing, but it’s the lake’s remoteness, particularly in relation to its Great Lakes siblings, that lends Superior its mystique, Lac said.

There’s no Chicago, no Buffalo, no Toronto or Cleveland hugging its shores. It’s less knowable, wilder, more temperamental and unpredictable, with a ferocity that’s the stuff of legend.

“The weather is so severe and raw, it requires a toughness to deal with the conditions,” he said. “It calls to a certain person. I love the storms and the excitement of the changing conditions.”

Without me, they would be called the Good Lakes.

Lac took over the Twitter account in 2010 from its originator, and as he became more comfortable with the medium he began to evolve Supérieur’s voice.

“For lakes called the Great Lakes, I thought, why not have this lake with a sassy, cocky, self-righteous attitude,” he said.

Part of the schtick he developed includes taking regular potshots at Lake Erie and stoking a rivalry with Lake Michigan. (Don’t get Lac started on the movement to treat Michigan-Huron as a single lake. “I think it’s b.s.,” he said. To say there are only four Great Lakes “would be like when Pluto was not a planet.”)

“There’s always an ongoing argument of what the ‘best’ Great Lake is. Michigan will always win because of the population. There’s Chicago, Milwaukee, Green Bay, all those people to cast a vote,” said Lac. “That’s fine, you can have a favorite. But there’s only one ‘best’ and that’s clearly Superior.”

Lac puts in the work to maintain Superior’s and Supérieur’s dominance, having grown the Twitter feed’s audience to more than 37,000 followers. For comparison’s sake, Twitter accounts devoted to Lake Baikal in Siberia and Africa’s Lake Tanganyika — the only freshwater lakes that top Superior in terms of volume — have 85 and five followers, respectively, and are essentially inactive.

“It’s a little addicting,” said Lac, who’s a small business owner in real life. “I spend too much time doing this.”

Summer is his busiest season, retweeting mentions and photos of the lake, with winter’s storms and ice conditions running a close second.

But it’s not all trash talking, puns and glamour shots. Lac also weaves in content about climate change, water levels and conservation.

“I really try to elevate the voices of the scientists,” he said. “I’ve heard feedback from scientists that when I retweet something, they get more attention.”

There’s something to be said for the way Lac speaks to his followers as the lake, in that people have formed a bond with Superior as if it were a sentient being.

“When we have a strong connection to nature, we care more and want to protect it,” he said. “Every time I tweet about something like rising lake temperatures, people apologize to the lake.”

The only downside to raising the profile of Lake Superior is that it will attract more tourists and development, thereby ruining the unspoiled landscape that makes the lake and its shoreline so appealing.

It’s a conundrum, Lac acknowledged, one for which he, as his alter ego, suggested a Supérieur solution: “I’ll just whip up a big snowstorm and scare them all away.”

What is your favorite Great Lake and why is it Lake Superior?

Sorry Ellen, he's a great lake, but he's not a Great Lake. https://t.co/vhuNAc2nFC

I have failed you this winter. https://t.co/rMZ2FMrQHJ

Where’s a late night buoy call when you need one? 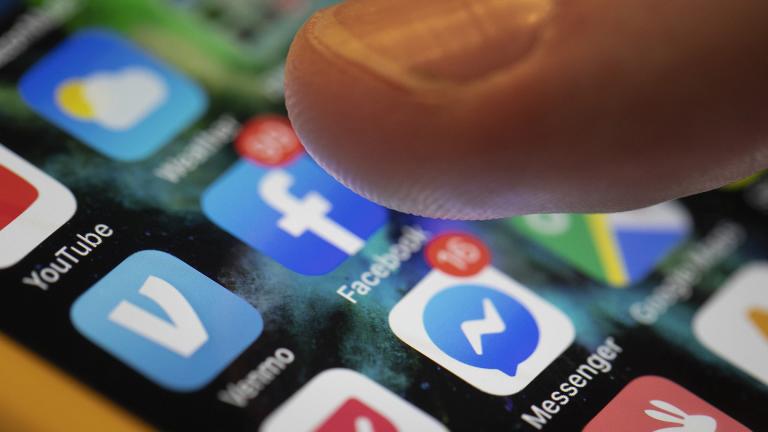 How Big Tech Created a Data ‘Treasure Trove’ for Police