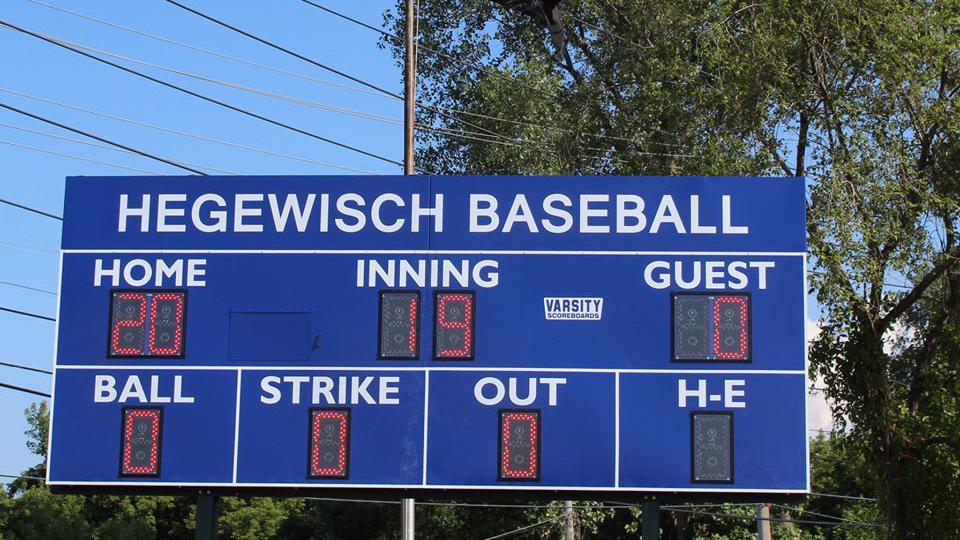 A week after beginning remediation of the soil at Hegewisch Little League Field, where high levels of arsenic and lead were discovered, the Environmental Protection Agency has announced that preliminary findings show the nearby Hegewisch Babe Ruth Field has high concentrations of manganese, a metal that can cause neurological damage.

According to a statement from the EPA, soil at the Hegewisch Babe Ruth Field, 12600 S. Carondolet Ave., was sampled in June at the request of the City of Chicago. The field was divided into 14 grids, and one of those sampled in what would be the diamond’s left field, was found to have “concentrations of manganese above EPA’s removal management levels” of 5,500 parts per million. None of the grids exceeded levels for lead or arsenic.

The data has not yet been validated and is underdoing further evaluation to determine what actions may be needed, the EPA said. In the meantime, “out of an abundance of caution,” EPA has notified the Babe Ruth Board of the preliminary results and recommended precautions that include maintaining grass cover, limiting disturbance of the soil, having players remove their cleats after leaving the field to avoid tracking soil elsewhere, and encouraging players to wash their hands after leaving the field and before eating.

Kathy Fox, a Hegewisch Babe Ruth Board member, said the field is used by 13- to 18-year-olds, whose season was canceled this year, and by a 30 and over men’s league, which has resumed play in 2020. A youth tournament was scheduled for this month but a number of games have been forfeited due to a lack of players, she said. (Younger children play on the Little League Field. Games have been moved to Mann Park.)

The board has shared the EPA findings and guidelines with players and their families and is awaiting additonal information but for now has been told it’s OK to use the field, Fox said.

Soil testing has been ongoing in Hegewisch and surrounding communities since manganese pollution came to light in 2017, when data collected from monitors showed high levels of the metal in the air.

The Hegewisch Babe Ruth and Little League fields sit to the south of the Watco Terminal and Port Services, which stores and handles bulk solid materials including manganese-bearing alloys, and to the west of the the newly designated Schroud Superfund site, where the former Republic Steel stored and dumped slag material between 1951 and 1977. 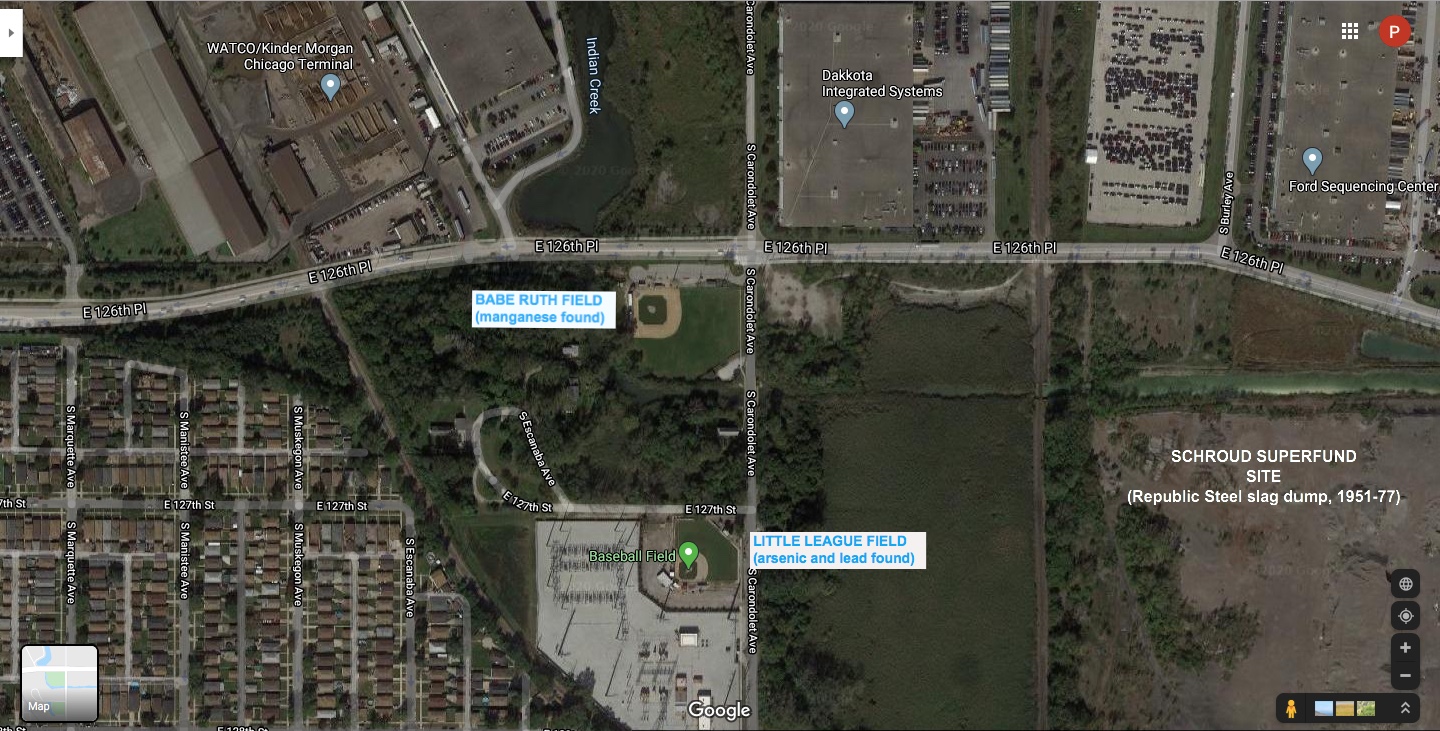 A satellite view of the Hegewisch Babe Ruth and Little League fields, the Watco site to the north and the superfund site to the east. (Google Maps)

Speaking as a longtime resident, not in her capacity as a Babe Ruth Board member, Fox said she was “shocked manganese was all that was there on that field.”

“We’re a dumping ground,” Fox said of the heavy industry and accumulated pollution in the area. “I often refer to us as ‘the land time forgot.’“

Fox, who has lived in Hegewisch for all but seven of her 53 years, said she has happy memories of growing up in the neighborhood and stayed friends with many of her childhood pals in the tight-knit community.

“It was fun. But they’re all dying off,” she said, citing the area’s high rate of cancer, which has cost her dozens of friends and family members.

“It’s a deadly area. Anybody that lives in Hegewisch knows this,” she said. “We fight for every breath we take here.”