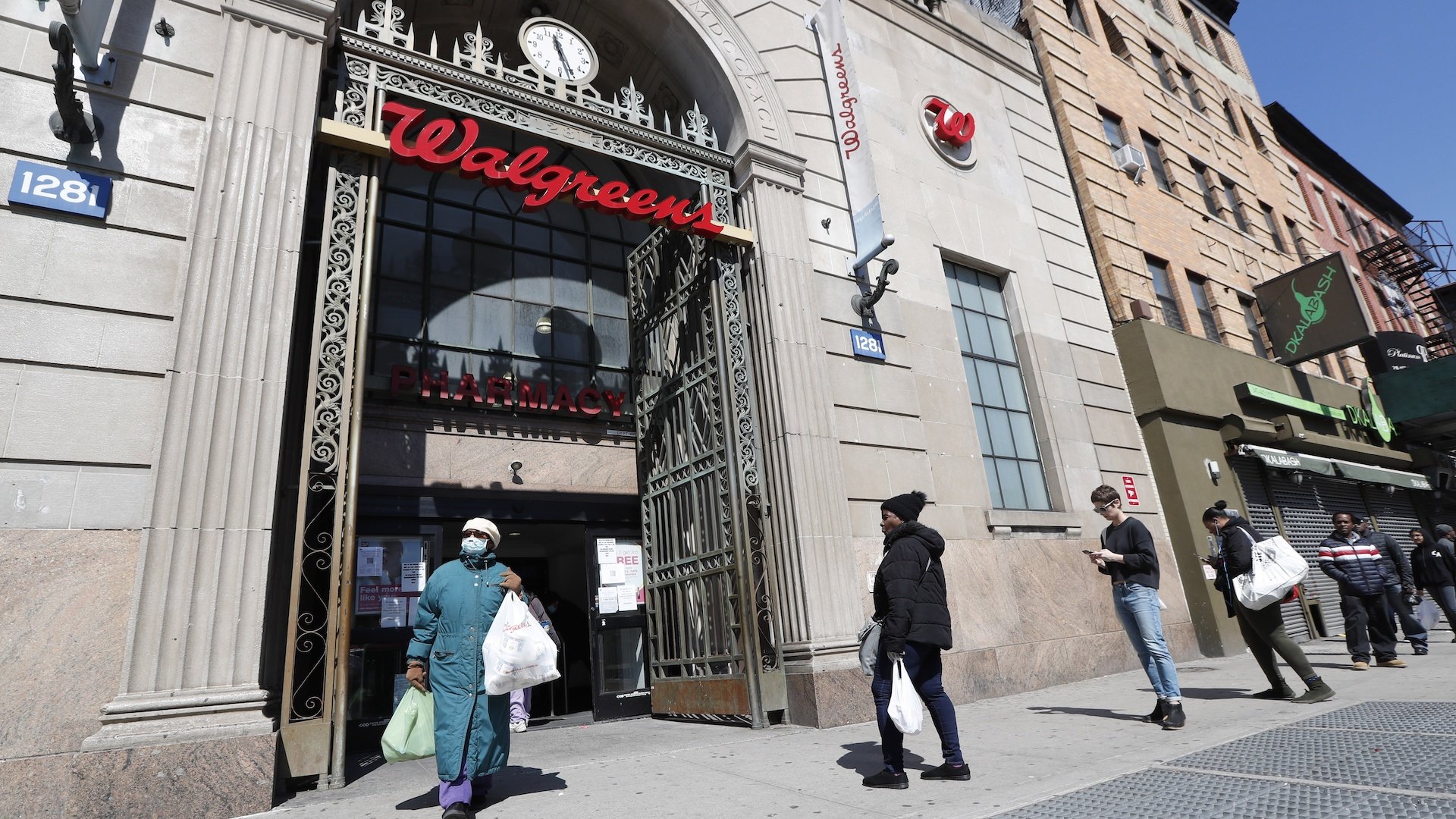 In this March 26, 2020 file photo, a woman leaves a Walgreens pharmacy that is enforcing social distancing rules by allowing only a certain numbers of people in as customers line up on the sidewalk outside the store in New York. The coronavirus pandemic pushed the drugstore chain to a .7-billion loss in its fiscal third quarter, as customers stayed home to avoid the virus or consolidated their shopping to grocery stores. (AP Photo/Kathy Willens, File)

The coronavirus pandemic pushed Walgreens to a $1.7 billion loss it the most recent quarter with customers staying home or limiting shopping to essential supplies from grocery stores.

The drugstore chain said Thursday that the rapidly spreading virus took a bite of between $700 million and $750 million from sales, with much of the damage coming from outside the United States.

More companies of all sizes will begin releasing details about their financial performances over the past three months as COVID-19 seized economies in Europe, as well as North and South America. Walgreen’s quarter ended May 31, encapsulating a three-month period in which consumer activity came to a screeching halt.

Walgreens furloughed more than 16,000 employees at the peak of the pandemic in the United Kingdom. Sales at its Boots stores there dropped nearly 28% on a constant currency basis. April foot traffic plunged 85%.

Industry analysts expected a substantial hit to profits, but the size of the loss exceeded those expectations. Shares of Walgreens Boots Alliance Inc. slumped 9%, close to a new low for the year.

Walgreens booked non-cash impairment charges of $2 billion in the quarter due to its Boots UK operating loss and continued uncertainty about how long the pandemic will go on.

Prospects for Walgreens' business the the U.K. “are now significantly gloomier than they were at the start of the year," Saunders wrote.

The pandemic accelerated changes planned for its Boots stores, which includes closing optician locations and reducing staff at the U.K. support office. Those changes could mean job cuts exceeding 4,000.

Analysts expected per-share earnings of $1.19 and about $34.3 billion in revenue, according to FactSet.

Walgreens Boots Alliance Inc., based in Deerfield, Illinois, runs more than 9,200 stores in the United States and has more than 18,750 locations internationally.

Business in the U.S. was markedly better than in the U.K. Sales at established stores climbed 3% compared with last year, and the number of prescriptions rose slightly.

But regions of the U.S., particularly in the South and West, are in the grip of a surge of infections. Governors are putting back into place restrictions that could limit the mobility of potential customers and create more unease about being in stores with other people.

Walgreens said this week that it will make a major change to some of its U.S. stores. It will add primary care clinics staffed by doctors to as many as 700 over the next few years in a bid to play a greater role in managing customer health.

The drugstore chain on Thursday introduced a forecast for the current fiscal year, which ends in August. Walgreens expects adjusted earnings of $4.65 to $4.75 per share, an estimate that includes the anticipated impact of COVID-19.

Analysts expected earnings of about $5.71 per share, according to FactSet. 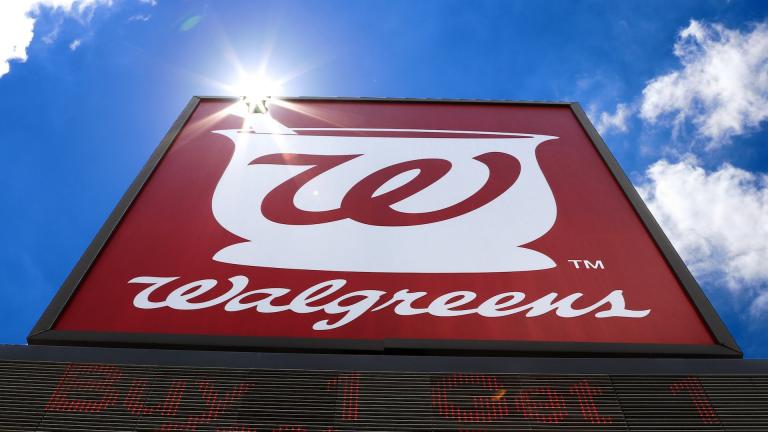 Walgreens to Sell Drug Wholesale Business for $6.5B 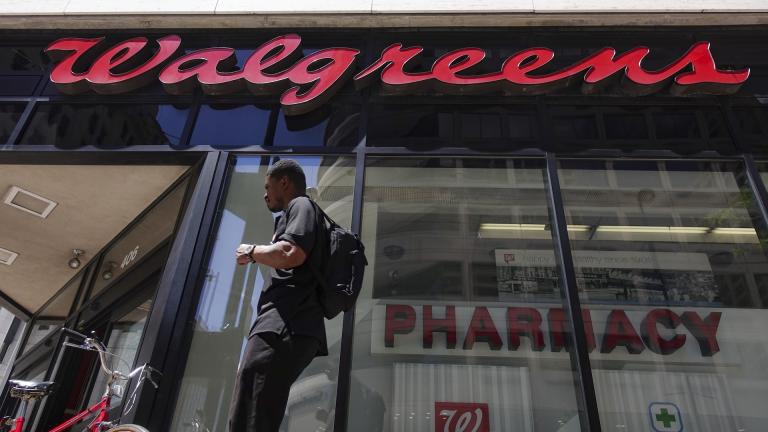