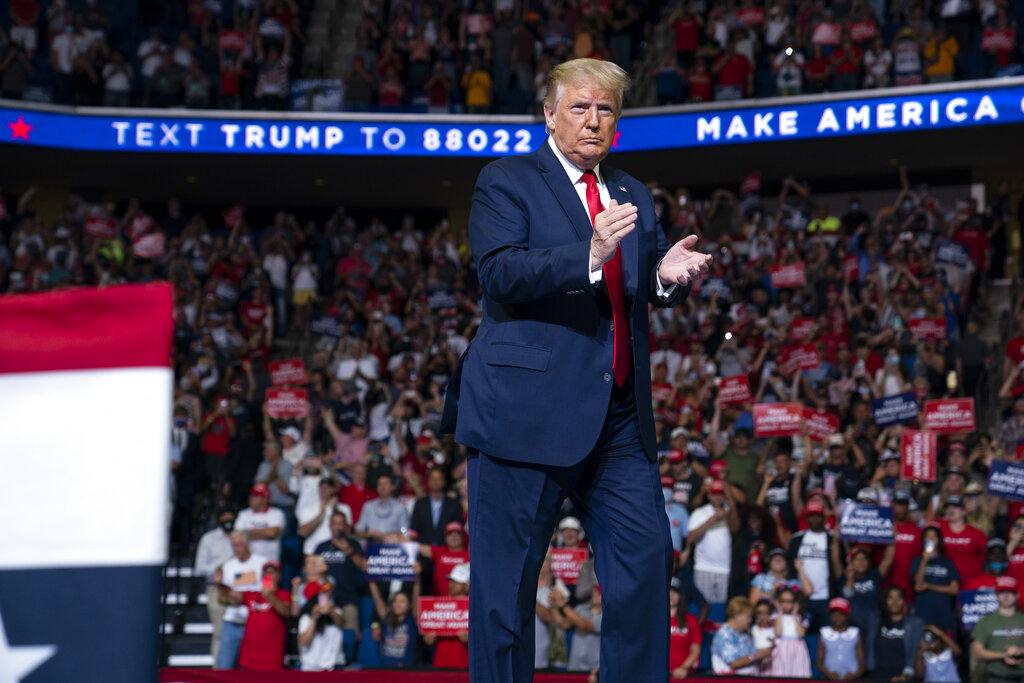 Trump told supporters at his campaign rally that the U.S. has tested 25 million people, far more than any other country. The “bad part,” Trump said, is that widespread testing leads to logging more cases of the virus.

The campaign of likely Democratic presidential rival, Joe Biden, said Trump was putting politics ahead of the safety and health of Americans.

Trump opted to hold his first rally in 110 days despite concerns from local health officials that it could lead to further spread of the virus in Tulsa. Most of those in attendance declined to wear a mask.

“In an outrageous moment that will be remembered long after tonight’s debacle of a rally, President Trump just admitted that he’s putting politics ahead of the safety and economic well-being of the American people — even as we just recorded the highest number of new COVID-19 cases in almost two months and 20 million workers remain out of work,” according to the Biden campaign’s statement.

The outbreak has killed about 120,000 people in the U.S., and nearly a half-million worldwide, according to a count by Johns Hopkins University, though the real numbers are believed to be higher.

The number of newly confirmed cases per day has risen from about 21,400 two weeks ago to 23,200, according to an Associated Press analysis. And in Florida, Georgia, Texas and Arizona — states that loosened their stay-at-home restrictions early — daily deaths have been quietly rising since early June.

“This virus has killed nearly 120,000 Americans and cost tens of millions their jobs, in large part because this president could not and would not mobilize testing as quickly as we needed it,” according to the Biden campaign statement. “To hear him say tonight that he has ordered testing slowed — a transparent attempt to make the numbers look better — is appalling.”

Rising case numbers can partially be explained by the wider availability of testing. Mild cases, previously undetected because of limits on who could be tested, are now showing up in the numbers.