Trump Looks to Reset Campaign Amid Pandemic with Tulsa Rally 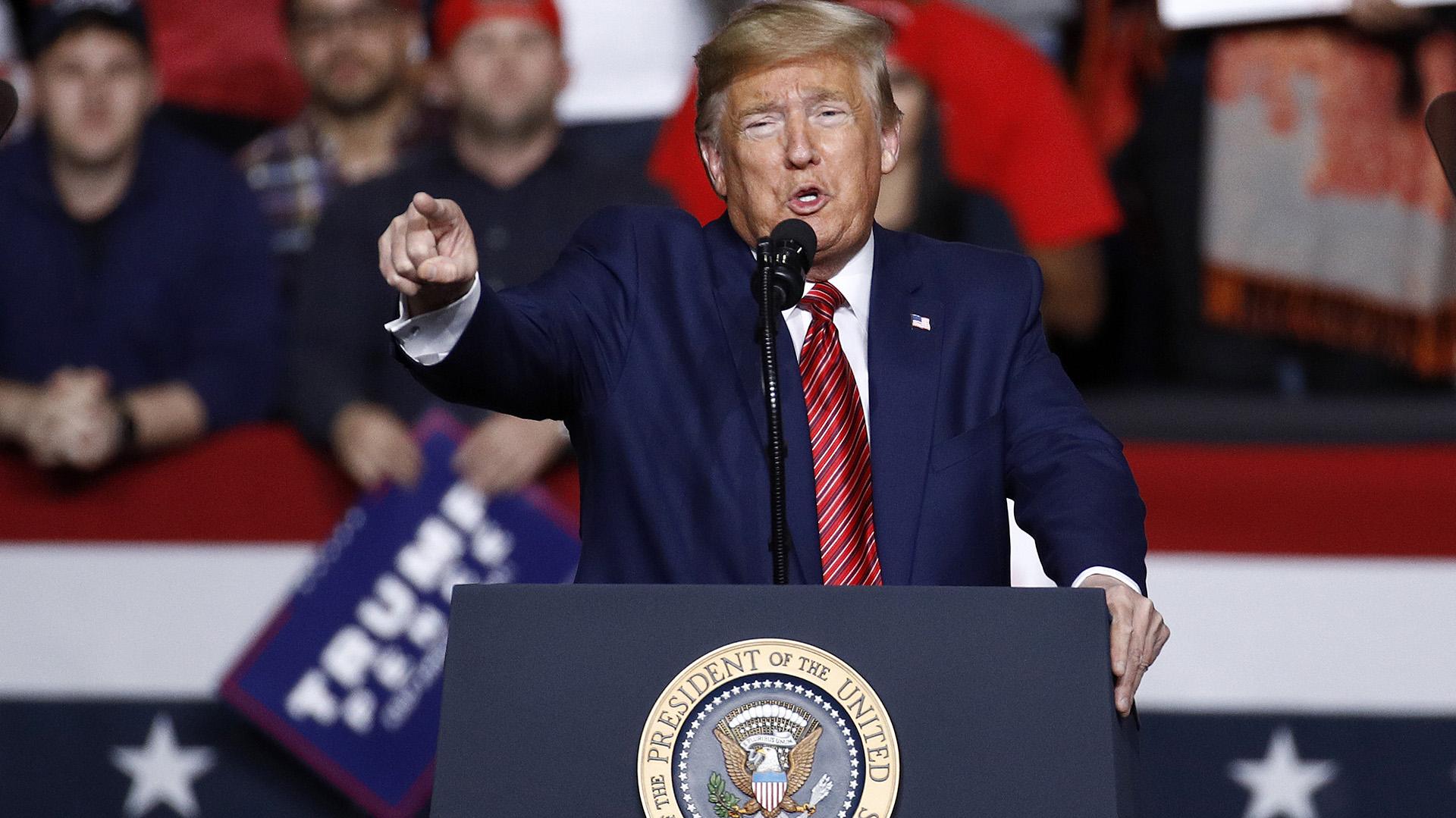 WASHINGTON (AP) — President Donald Trump, pressing ahead in a pandemic even as campaign staff tested positive for the coronavirus, looked to reverse a decline in his political fortunes Saturday by returning to the format that so often has energized him and his loyal supporters: a raucous, no-holds-barred rally before tens of thousands of ardent fans, this time in Tulsa, Oklahoma.

The rally was shaping up to be the largest indoor gathering in the world during the coronavirus outbreak. Large gatherings in the United States were shut down in March because of the coronavirus. The campaign event was scheduled over the protests of local health officials and as COVID-19 cases spike in many states. Also expected were crowds of protesters in Tulsa.

Hours before the evening rally, the Trump campaign said six staff members who were helping setting up for the event had tested positive for the virus. Campaign spokesperson Tim Murtaugh said “quarantine procedures were immediately implemented” and neither the affected staffers nor anyone who was in immediate contact with them would attend the event.

It’s been more than three months since the nation last saw a Trump rally. The unemployment rate stood at about 3.5% that March 2. The number of coronavirus cases in the U.S. was estimated at 91. “Our country is stronger than ever before,” Trump declared.

Now, the unemployment rate stands at 13.3%, based on the most recent monthly report. The number of confirmed coronavirus cases has soared to about 2.2 million. The number of deaths reported in the U.S. has surpassed 119,000. Outrage over the criminal justice system’s treatment of minorities following the death of George Floyd and other African Americans has spawned protests around the nation. Only about a quarter of Americans say the country is headed in the right direction.

Trump understands the stakes and was determined to return to his signature campaign events. He dismissed complaints that bringing together throngs for an indoor rally risked spreading the coronavirus as nothing more than politics.

“Big crowds and lines already forming in Tulsa. My campaign hasn’t started yet. It starts on Saturday night in Oklahoma!” Trump tweeted Friday.

Trump’s visit has also raised fears of clashes between protesters and Trump supporters. Officials expect a crowd of 100,000 people or more in downtown Tulsa. Trump will speak inside the BOK Center as well as at an outdoor stage. But his audience also will be voters in battleground states such as Pennsylvania, North Carolina and Florida.

Republican strategist Alex Conant said the rally gives the president a chance to reset his campaign after a couple of tough months.

“The Tulsa rally is trying to ignite some momentum in a campaign that’s been going nowhere,” Conant said. “When you look at the polls and then you look at the calendar, you realize he has to do something to try to reframe the election.”

The events in Tulsa will go a long way to determining how the campaign plays out in coming months. A success lays the groundwork for Trump to take his show to states that will determine the presidential election. A spike in coronavirus cases coming out of Tulsa would make his reception in those states more contentious. The campaign said it will hand out masks and hand sanitizer, but there is no requirement that participants use them. Participants will also undergo a temperature check.

The president’s campaign views his rallies as critical to his success. They elevate the enthusiasm level of his supporters and often lead them to donate, knock on doors and make phone calls on the president’s behalf.

Trump has generally held his campaign rallies in swing states or in Democratic-leaning states such as Colorado or New Mexico that he hopes to flip this November. Oklahoma fits none of those categories. The last Democratic candidate to emerge victorious there in a presidential election was Lyndon Johnson in 1964. Trump won the state with more than 65% of the vote in the 2016 election. The Republican stronghold gives Trump more assurance that he’ll face little resistance to his efforts from top state officials.

“It’s going to be safe,” said Gov. Kevin Stitt, a Republican. “We have to learn how to be safe and how to move on.”

Tulsa resident Sue Williams picked her place in line Thursday afternoon. “I’ve been praying, and I don’t believe I’m going to get the coronavirus,” Williams, 72, said, adding that she signed a waiver on her ticket application about the risks involved in going inside.

“I think it’s all a hoax, to tell you the truth,” Kelleher said.

The rally was originally scheduled for Friday, but it was moved back a day following an uproar that it otherwise would have happened on Juneteenth, and in a city where a 1921 white-on-Black attack killed as many as 300 people.

Campaign officials said that Trump would focus on what they call the “great American comeback.” White House officials continue to project strong growth numbers for the U.S. economy in the third and fourth quarters. They want to give Americans a reason for optimism.

“We are back and we will be booming,” press secretary Kayleigh McEnany said Friday.

But Conant said he anticipates a lot of the speech will focus on presumptive Democratic nominee Joe Biden.

“Right now the election is a referendum on Trump, and he’s losing,” Conant said. “I think he needs to make a very strong case for why Biden would be a worse president.”