Activists Push for New Police Oversight Board in Chicago 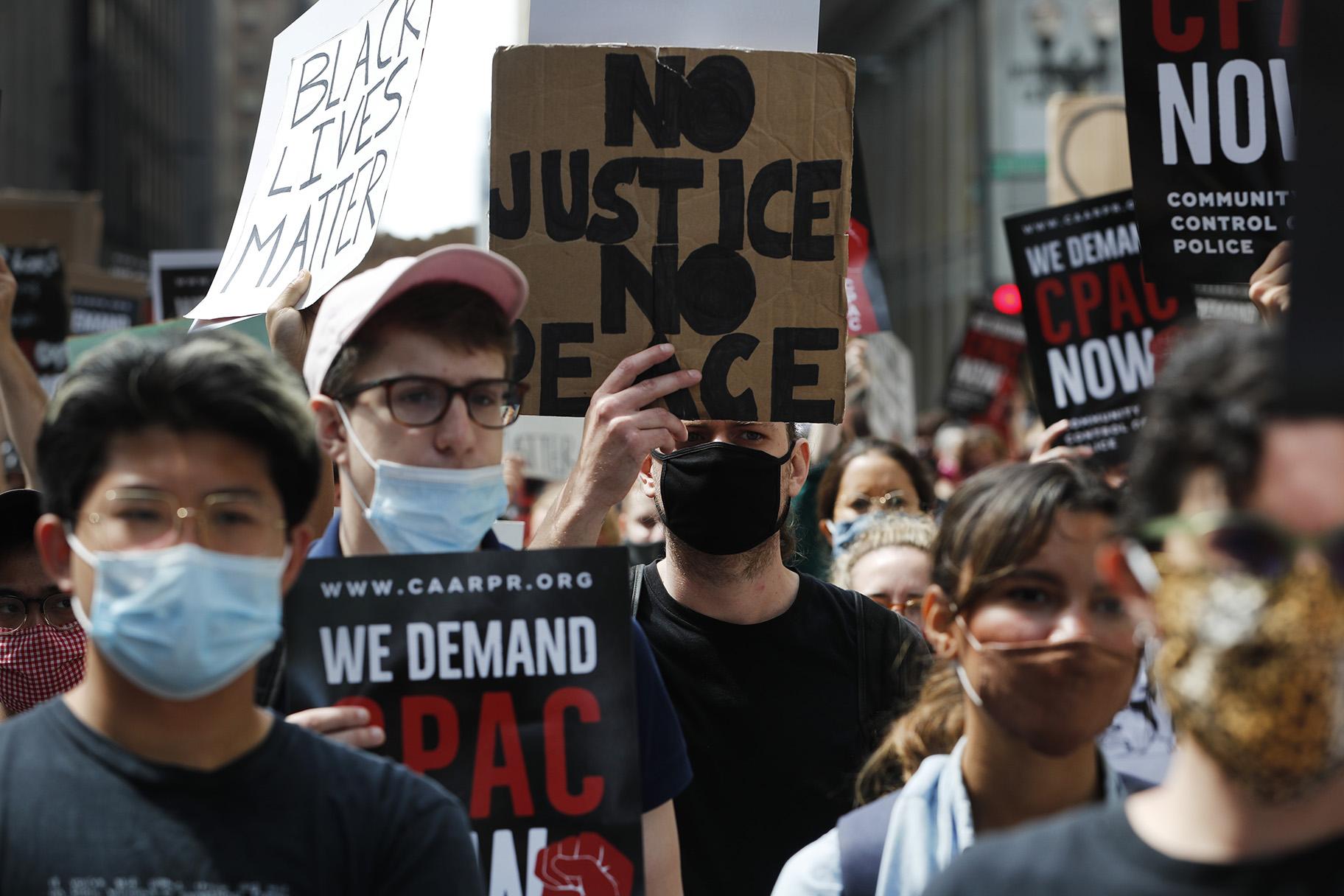 CHICAGO (AP) — A couple hundred activists gathered outside of Chicago City Hall on Wednesday to call on the mayor and City Council to create a new elected board that would have the power to investigate and fire police officers.

The activists hope to persuade Mayor Lori Lightfoot and the council, who were meeting at City Hall during the protest, to support what is called the Civilian Police Accountability Commission, or CPAC, ordinance, though they have been trying for months without gaining much ground. Aldermen have been reluctant to support CPAC and Lightfoot has been locked in a dispute about how such a commission might work.

Lightfoot, a former federal prosecutor, said Wednesday that she continues to support civilian oversight of the police but prefers a different approach than the activist-backed proposal.

“I think if people read it and see what it’s calling for, there are a number of things that are highly concerning, and I have some concerns about the legality of other parts of it,” Lightfoot said.

Lightfoot’s preferred plan to create a civilian oversight commission over the police force stalled in a City Council committee in March. The Chicago Sun-Times reported that a planned vote fell apart after a dispute over how much power the mayor’s office would have in approving police policy.

The mayor said Wednesday that she still hopes to get her preferred model for civilian oversight “over the threshold.” Under that model, commission members would be nominated by elected representatives from police districts, rather than directly elected by voters, as backers of the CPAC proposal want.

There has been a renewed push nationwide for more civilian oversight of police departments since the death of George Floyd in Minneapolis last month.

Some critics view the activists’ preferred approach as anti-police and opponents wonder if some provisions are even legal, including one that would ban anyone who has worked in law enforcement or who is related to someone in law enforcement from being on the commission.

As Wednesday’s protest went on outside the building, speakers inside the City Council meeting urged the mayor and the aldermen to take money out of the police department’s budget to fund social programs.

In Chicago, there is what is called the Civilian Office of Police Accountability. That office, commonly referred to as COPA, investigates police shootings and allegations of officer misconduct, but it only makes recommendations about whether officers should be disciplined or fired and doesn’t have the authority to do so itself.

That authority rests with the Chicago Police Board, an independent civilian body made up of private citizens appointed by the mayor with the advice and consent of the City Council.