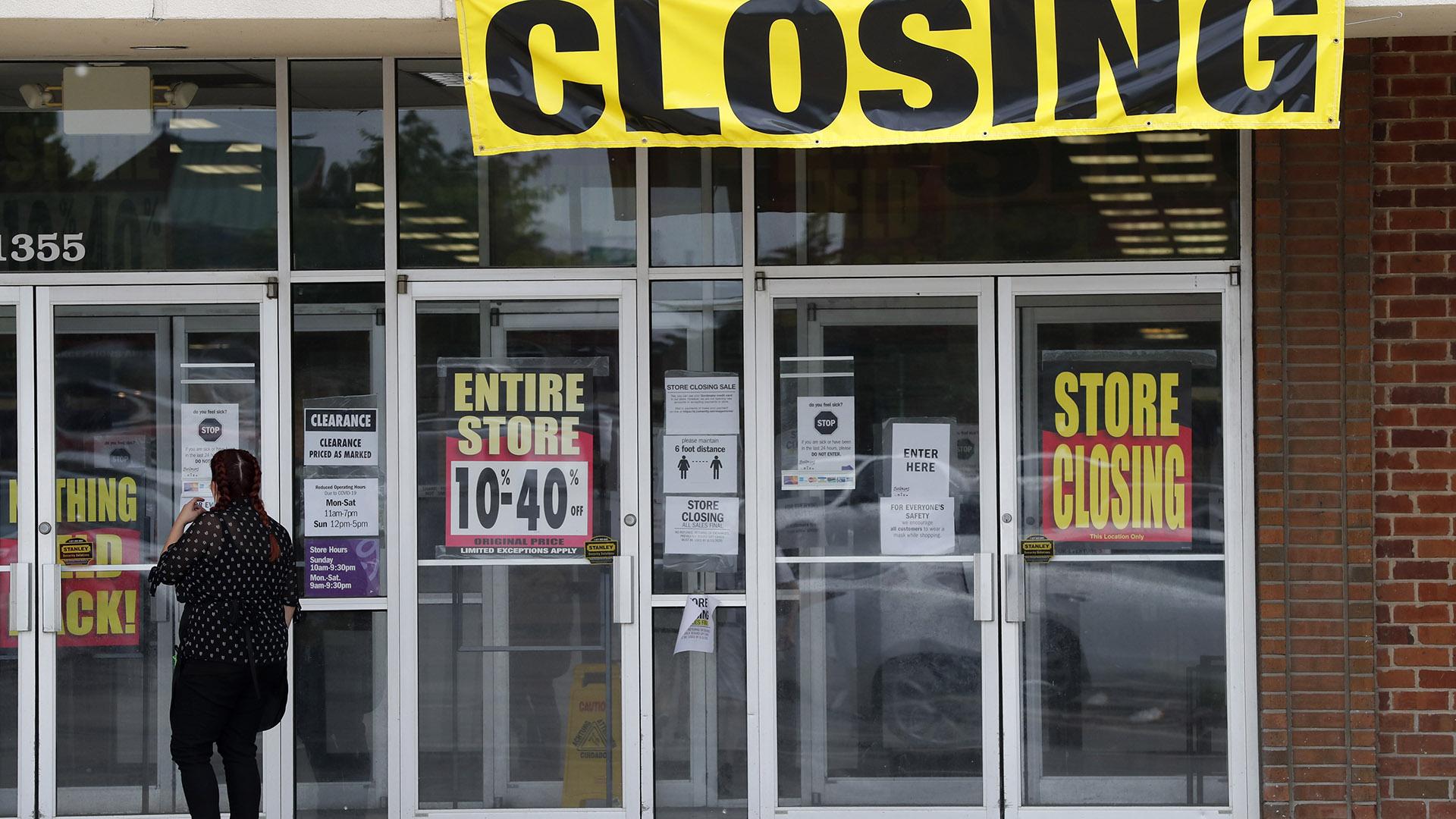 WASHINGTON (AP) — U.S. consumer spending plunged by a record-shattering 13.6% in April as the viral pandemic shuttered businesses, forced millions of layoffs and sent the economy into a deep recession.

Last month’s spending decline was far worse than the revised 6.9% drop in March, which itself had set a record for the steepest one-month fall in records dating to 1959. Friday’s Commerce Department figures reinforced evidence that the economy is gripped by the worst downturn in decades, with consumers unable or too anxious to spend much.

Even with employers cutting millions of jobs, though, incomes soared 10.5% in April, reflecting billions of dollars in government payments in the form of unemployment aid and stimulus checks. Wages and salaries, normally the key component of overall income, sank by an annualized $740 billion in April. By contrast, income in the form of government support jumped by an annualized $3 trillion. That form of income, though, will likely fade in coming months as certain government aid programs expire.

Friday’s report showed sharp declines in consumer spending across the board — from durable goods like cars to non-durable items such as clothing to services ranging from doctor visits to haircuts. Spending tumbled 17.3% for durable goods, 16.2% for non-durables and 12.2% for services.

“The economics of fear and sudden stops were apparent in April as fearful and locked-down households cut back on spending,” Gregory Daco, chief economist at Oxford Economics, said in a research note.

The depth of the spending drop is particularly damaging because consumer spending is the primary driver of the economy, accounting for about 70% of economic activity. Last month’s figure signaled that the April-June quarter will be especially grim, with the economy thought to be shrinking at an annual rate near 40%. That would be, by far, the worst quarterly contraction on record.

With spending plunging and incomes surging on the strength of government support payments, Americans’ personal savings rate hit a record high of 33% of after-tax income in April. Economists said this underscored how anxiety and uncertainty about the economy are making consumers reluctant to spend.

“This is particularly true as the social benefits will gradually erode over time, leaving households more financially constrained,” he said.

Friday’s report showed that an inflation gauge preferred by the Federal Reserve fell 0.5% after a 0.2% drop in March. Fed officials have cited the absence of inflation pressures as one reason they can be aggressive in supporting the economy by cutting their benchmark interest rate to near zero and pumping billions of dollars into credit markets to keep them flowing smoothly.

In April, the nation’s jobless rate was 14.7%, the highest since the Great Depression, and many economists think it will top 20% for May. States are gradually restarting their economies by letting some businesses reopen with certain restrictions, and some laid-off employees are being recalled to work. Still, the job market remains severely depressed, and the outlook for the rest of the year is still bleak.

Some financial support for the tens of millions of consumers who have been laid off over the past two months is coming from the weekly unemployment benefits. Besides whatever unemployment aid states are providing to laid-off workers, the federal government is providing $600 a week in additional benefits.

A debate in Congress over whether to extend the $600 a week in federal unemployment aid looks sure to intensify, with the number of people receiving that aid now topping 30 million — one in five workers. The money is set to expire July 31. Yet with the unemployment rate widely expected to still be in the mid-teens by then, lawmakers will face pressure to compromise on some form of renewed benefits.

The Trump administration asserts that the economy will begin to regain its health in the second half of the year, with businesses increasingly reopening and restoring jobs and consumers increasing spending. Most economists say, though, that the lingering effects of the job losses and likely business bankruptcies will take longer to overcome, especially if a second wave of the coronavirus erupts. Analysts generally believe the economy won’t manage to sustain a solid recovery until a vaccine is widely available.

And until Americans resume spending at something close to their previous levels, jobs won’t likely return in a significant way. Data from Chase Bank credit and debit cards shows that consumers have slowly increased their spending since the government distributed $1,200 stimulus checks in mid-April.

But most of that increase has occurred in online shopping. Spending in regular brick and mortar stores, which makes up the vast majority of consumer spending, is still down 35% from a year ago, according to Chase, after having plummeted 50% at its lowest point.