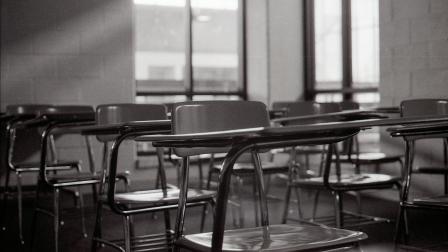 The percentage of Chicago Public Schools students accessing materials and getting grades has steadily risen during the ongoing remote learning period, but new data from the district shows some minority and high-need populations have fallen behind.

CPS for the first time on Wednesday released student engagement data, offering a glimpse at how kids are participating in the district’s remote learning program during the COVID-19 pandemic that’s shut down school buildings for the rest of the academic year.

But the rates of remote participation are lower than typical in-person student attendance, and they fall further for special education students, English language learners and those in temporary living situations.

“While remote learning is not perfect and there’s room for improvement in data collection and participation, we are committed to using every bit of data to determine how we can better serve our schools, students and families during this time,” CPS CEO Janice Jackson said in a statement.

The data, which was unveiled in a presentation Wednesday to the Chicago Board of Education, includes weekly and monthly data points on the percentages of students who have: been contacted by their schools, logged in to a Google Classroom and submitted one or more assignments to be graded.

Those figures include both a full percentage and an adjusted total that removes pre-K and kindergarten students, who do not receive grades and often do not use their district login credentials, according to CPS, which said that makes it impossible to log their activity on the Google platform.

So while the total percentage of students who used a Google platform like Meets or Classroom during the week of May 11 was 70.8%, the adjusted total was 77.2%. The adjusted totals for English language learners (72.6%), students with IEPs (67.6%) and homeless students (61.2%) were all below the district average.

"The data tells us that thousands of vulnerable students are being locked out of the kind of seamless engagement they need to learn and grow socially and emotionally," Chicago Teachers Union President Jesse Sharkey said in a statement. "We must do more than simply attempt to paint an upbeat face on data. Instead, CPS must craft policies that address the inequity we know students and families are confronting – inequity that our members work tirelessly to attempt to erase throughout the school year.

According to the data, African American students – who make up more than a third of the district's student population – had lower engagement and graded assignment rates than their peers.

CPS Chief Education Officer LaTanya McDade told WTTW News she wasn't entirely surprised by some of those disparities, as the coronavirus pandemic has “disproportionately impacted communities of color.”

“But what the data does for us is it helps us to ensure that we’re providing the best support for our schools, that we’re making expectations clear and we know how we need to move forward in helping students, not just now, but as we move into the fall,” she said.

CPS said this data set may not be complete, as some schools have opted to use non-Google digital tools, which the district has not tracked.

Some parents and local education advocates have been frustrated that it took CPS until now to release engagement data, especially after the only two school districts in the country larger than CPS – New York and Los Angeles – did so last month.

McDade said CPS leaders did examine what those other districts released before pulling figures to give the public what she described as a “holistic picture in terms of using all the data we had readily available.”

“It was a huge undertaking,” she said. “But we did our due diligence and we took our time to try to provide insight into what’s happening with remote learning in the district in a way that everyone will be able to understand and in a way that will help us identify our challenges and opportunities for us to support schools and improve.”

Other takeaways from the engagement data include:

–84% of students in grades 1-12 received at least one graded assignment during the week of May 11.
–The percentage of students in those grades who received multiple graded assignments in a given week has increased from below 3% in the first week to 78.5% in the most recent available week.
–High schoolers in grades 9-12 had the lowest levels of student contact though through either digital learning, office hours, academic support or social and emotional check-ins. Each of those grades came in below the district total of 85%.

CPS also says 93% of students have digital access and are participating in remote learning. McDade said that's due largely to the 122,000 digital devices the district has distributed during the pandemic.

“While of course I want every single student engaged academically and learning, I do know that there’s more work to be done in terms of remote learning and it not being perfect," she said. “But I have to say I’m proud of what we’ve been able to accomplish in a short period of time."