Holiday Amid Pandemic: Americans Divided on How to Respond 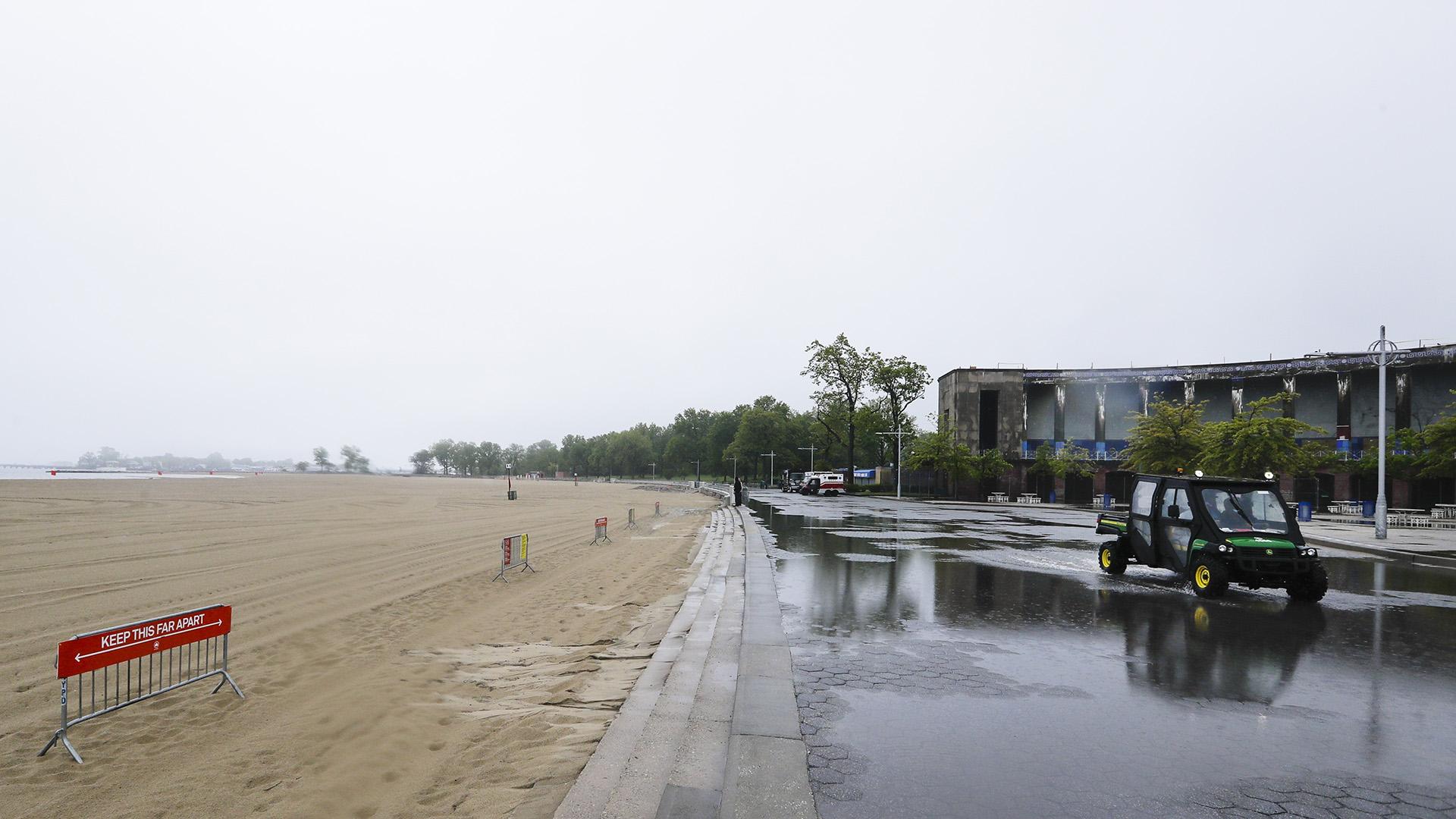 NEW YORK (AP) — President Donald Trump played golf at one of his courses Saturday during the Memorial Day weekend as he urged U.S. states to reopen after coronavirus-related lockdowns. Yet many Americans remained cautious as the number of confirmed cases nationwide passed 1.6 million.

In California, where many businesses and recreational activities are reopening, officials in Los Angeles County said they would maintain tight restrictions until July 4. Some religious leaders took issue with Trump’s declaration that houses of worship are “essential” and should resume in-person services this weekend.

“Being at the epicenter of this pandemic and in order to protect our flock, we advise that congregations remain closed until more accurate and uniform information is provided,” said Bishop Paul Egensteiner, who oversees the Evangelical Lutheran Church in America’s congregations in the hard-hit New York City region.

Statewide, New York reported its lowest number of daily coronavirus deaths — 84 — in many weeks in what Gov. Andrew Cuomo described as a critical benchmark. The daily death tally peaked at 799 on April 8.

“For me, it’s a sign that we’re making real progress,” Cuomo said.

Rain dampened the start of the holiday weekend in the northeastern U.S., where newly reopened beaches were expected to attract throngs of people and test the effectiveness of social distancing rules. At Orchard Beach in the Bronx, which was crowded a weekend earlier, parking lots were mostly empty except for large puddles.

Farther south, Trump played golf at one of his private clubs for the first time during the pandemic — the Trump National Golf Club in Virginia. He has been pushing for state and local leaders to fully reopen after months after closures and tight restrictions.

Parts of New Orleans stirred to back life, with some restaurants and businesses opening for the first time in more than two months. Some remained closed, especially in the French Quarter, which relies largely on tourist dollars.

At least a few out-of-towners trickled in. Greer Falls of Augusta, Georgia, wore a mask as he entered the Royal House restaurant for lunch. After weeks at home, he said he was ready for a change of scenery and didn’t want to miss a birthday celebration with friends he’s known for decades.

Some amusement parks, such as Mt. Olympus in the Wisconsin Dells and Lagoon amusement park in Farmington, Utah, opened to visitors for the first time in months. The Facebook sites for both parks were flooded with comments from visitors excited to ride go-karts or roller coasters, though some complained about Lagoon’s policy of requiring a mask for park entry.

Overseas, there was mixed news. New coronavirus cases in China fell to zero on Saturday for the first time since the outbreak began but surged in India and overwhelmed hospitals across Latin America.

Many governments are easing restrictions as they face a political backlash and historic recessions. In just a few months, the pandemic has killed at least 338,000 people worldwide and infected more than 5.2 million, according to a tally kept by Johns Hopkins University. It says more than 96,000 people have died of COVID-19 in the United States.

Turkey, which has recorded over 155,000 infections, imposed its toughest lockdown measures yet starting Saturday for the Eid al-Fitr holiday marking the end of Ramadan. Yemen’s Houthi rebels urged believers to use masks and stay inside, as authorities try to contain infections at a time usually marked by multigenerational feasting and collective prayer.

In Germany, which has drawn praise for its handling of the virus, seven people appear to have been infected at a restaurant in the northwest of the country. It would be the first such known case since restaurants started reopening two weeks ago.

In Frankfurt, more than 40 people tested positive after a church service of the Evangelical Christian Baptist congregation on May 10.

A church leader said the congregation has canceled all gatherings and is now holding services online. Authorities in nearby Hanau called off Muslim prayers planned for a stadium Sunday as a precaution.

Religious events helped spread the virus early in the pandemic; resuming gatherings of the faithful is an especially thorny issue.

Mindful of evangelical Christians who are key to his base of support ahead of November’s election, Trump on Friday labeled houses of worship as “essential” and urged governors to let them reopen this weekend. However, leaders of many denominations have said they plan to move gradually and cautiously.

In Minnesota, Gov. Tim Walz said he is scrapping his 10-person limit on group gatherings and allowing houses of worship to open at 25% occupancy if safety guidelines are met.

The leader of the Catholic Archdiocese of St. Paul and Minneapolis, Archbishop Bernard Hebda, welcomed the change, but said parish priests should not reopen their churches if they don’t feel they can meet safety measures.

France allowed in-person services to resume starting Saturday after a legal challenge to the government’s ban on gatherings in places of worship.

One of the world’s major pilgrimage sites is reopening Sunday: the Church of the Holy Sepulcher in Jerusalem, built on the site where Christians believe Jesus was crucified, buried and resurrected.

Latin America is the latest epicenter of the virus, and experts note the limits of government action in a region where millions have informal jobs and many police forces are unable to enforce restrictions.

Brazil and Mexico reported record numbers of infections and deaths almost daily this week, fueling criticism of their presidents for limited lockdowns. But infections also rose and intensive care units were swamped in Peru, Chile and Ecuador, all lauded for imposing early and aggressive business shutdowns and quarantines.

Concerns are rising in India, where new cases showed another record jump Saturday, topping 6,000 for a second consecutive day as a two-month lockdown has eased.

While some countries are facing a second wave of infections, badly hit Russia is still struggling with its first, and reported more than 9,000 new cases Saturday.