Striking a theme frequently pushed by President Donald Trump, Mnuchin warned that prolonged business shutdowns would pose long-term threats to the economy, from widespread bankruptcies for small businesses to long-term unemployment for millions of Americans.

“There is risk of permanent damage,” Mnuchin said.

Powell, by contrast, stressed, as he has in recent weeks, that the nation is gripped by an economic shock “without modern precedent” and that Congress must consider providing further financial aid soon to support states, localities, businesses and individuals to prevent an even deeper recession.

“What Congress has done to date has been remarkably timely and forceful,” Powell said. “But we need to step back and ask, ‘Is it enough?”

Their points of emphasis reflect the contours of a debate occurring across the country, among individuals, business people and political leaders, about when and under what circumstances the economy should reopen and what further help the government can or should provide. 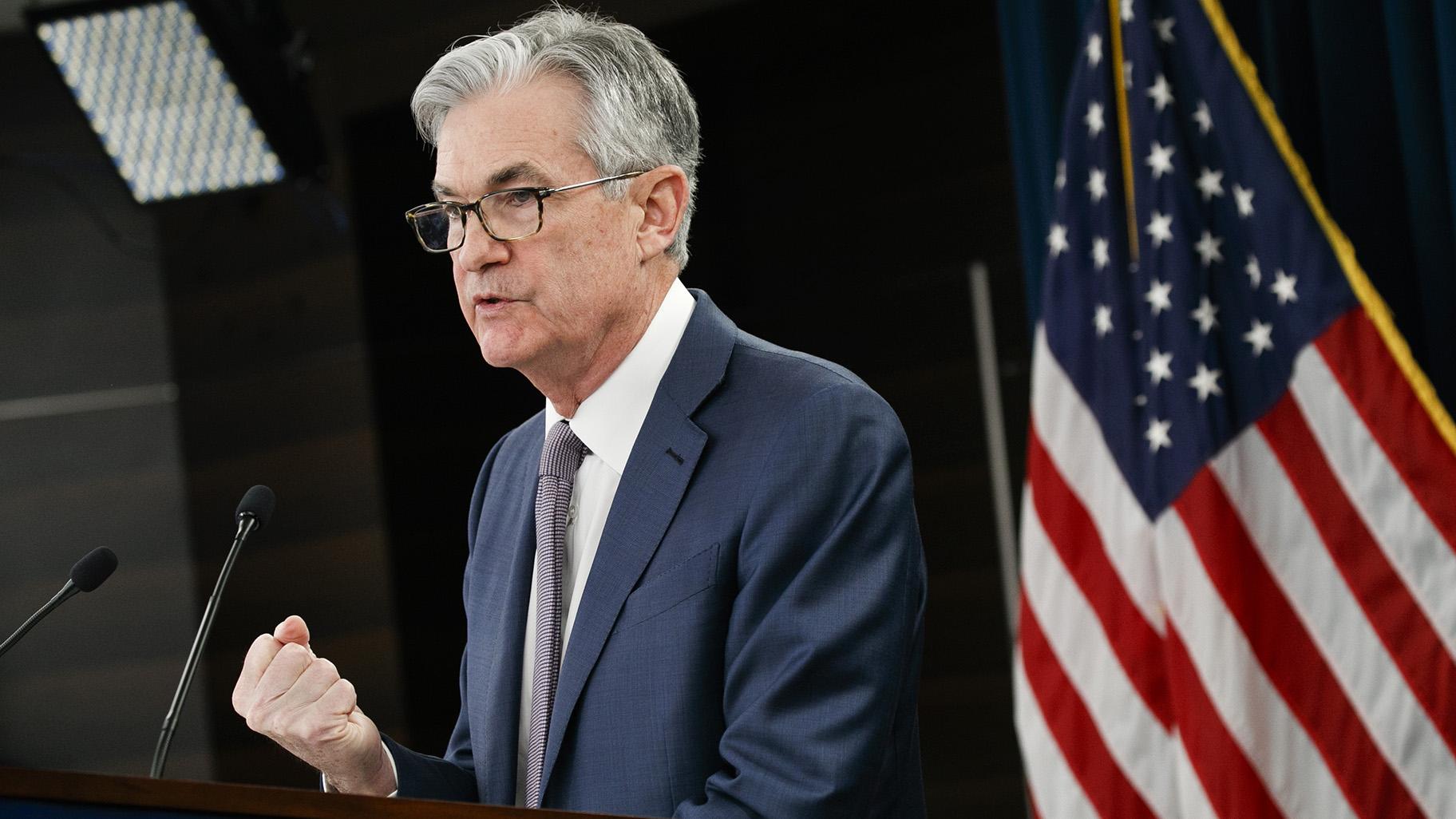 Mnuchin and Powell offered their views at an oversight hearing of the Senate Banking Committee at which members of both parties questioned them about when their agencies will distribute more of the emergency aid that Congress provided in late March to struggling small businesses and households.

Powell said that a highly anticipated lending program the Fed is creating for small businesses should be operating by the end of the month. And in a turnaround, Mnuchin said the Treasury is now prepared to absorb some losses in that program, which is funded by Treasury. Doing so could enable the Fed to take on further risk with the program and help more struggling companies.

During the hearing, Mnuchin clashed sharply with Democratic Sens. Sherrod Brown of Ohio and Elizabeth Warren of Massachusetts over the administration’s support for a phased reopening of the economy and over its reluctance to require that all companies that receive government aid keep their workers on the payroll.

Brown charged that the Trump administration was risking the lives of lower-income workers by supporting reopening efforts and was doing so simply to boost financial markets. He asserted that the administration hasn’t done enough to protect front-line workers — by, for example, ramping up viral testing — even as most states start allowing restaurants, stores and gyms to reopen.

“The administration wants to put more workers at risk to boost the stock market,” Brown said.

“Your characterization is unfair,” Mnuchin responded.

The hearing was the first in a planned series of quarterly oversight sessions focused on spending programs authorized in the $2 trillion federal relief package that is overseen by the Treasury Department and Fed. They include the $660 billion small business lending facility, known as the Paycheck Protection Program, as well as $46 billion in grants to airlines and $454 billion to support the Fed’s lending.

The Fed announced in March that it would set up the Main Street Lending Program, which will provide up to $600 billion in loans to medium-sized businesses that are too large to participate in the Paycheck Protection Program. The Treasury has provided $75 billion, drawn from the $454 billion set aside by Congress, to cover any losses from the Main Street program.

Mnuchin said that under some scenarios the Treasury could lose some or all of that $75 billion.

“Our intention is that we intend to take some losses,” he said.

The Fed has also said it will buy debt issued by state and local governments, which are facing plummeting revenues as the viral outbreak has eliminated tens of millions of jobs and slashed income tax and sales tax revenue. At the same time, states and cities are facing much higher health care costs.

Yet the Fed’s program will make it easier for governments to borrow in the municipal bond market. Powell, under questioning, said that states might need more direct help from the federal government to avoid laying off workers, with the unemployment rate, at 14.7%, already the highest since the Great Depression.

Mnuchin came under sharp questioning from Sen. Elizabeth Warren, who charged that he wasn’t doing enough to force companies that receive aid from the Main Street Lending program, as well as other aid provided by the Fed and Treasury, to keep workers on their payrolls.

The senator pressed Mnuchin to ensure that the loans include that requirement. When Mnuchin declined to commit to that change, Warren said, “You’re boosting your Wall Street buddies.”

Mnuchin told Warren that the legislation providing the funds includes restrictions on top executive pay and on company dividends and stock buybacks.

Mnuchin said in prepared testimony that so far, the paycheck program has processed more than 4.2 million loans for over $530 billion “to keep tens of millions of hardworking Americans on the payroll.” The loans need not be repaid as long as the borrowing business uses 75% of the money to cover workers’ paychecks.

But many small companies say the terms are too onerous. To have the loans forgiven, they must rehire all their employees within eight weeks of receiving the funds, even if they have little business or work for them to do. These companies argue that they might have to lay off their workers again at the end of the eight weeks — and may have little money left to help ramp up when business does return.

Mnuchin, pressed about those issues and about opening the loan program to more nonprofits, said his department was considering making changes.

One frustrated recipient of the small-business lending program, Brooke Sheldon, has so many questions about repaying her loan that she isn’t sure she wants to use the money.

Sheldon, a New York-based event planner whose corporate events this spring and New England weddings this summer have been canceled, is troubled by the rules governing the use of the loan money: In order for the government to forgive their loans, companies must use 75% of it for payroll. The remaining 25% is limited to expenses for rent, mortgage interest and utilities.

If Sheldon has to repay the loan, the first bill would be due in November, and she doesn’t expect her company, Lilybrooke Events, to have generated income by then.

“If I use the money for rent and then have to pay the loan back when I still don’t have income — especially not additional income to pay for back payments — I would rather have closed my office,” she said.