The DuSable Bridge is Turning 100, And We’re All Invited to the Virtual Party 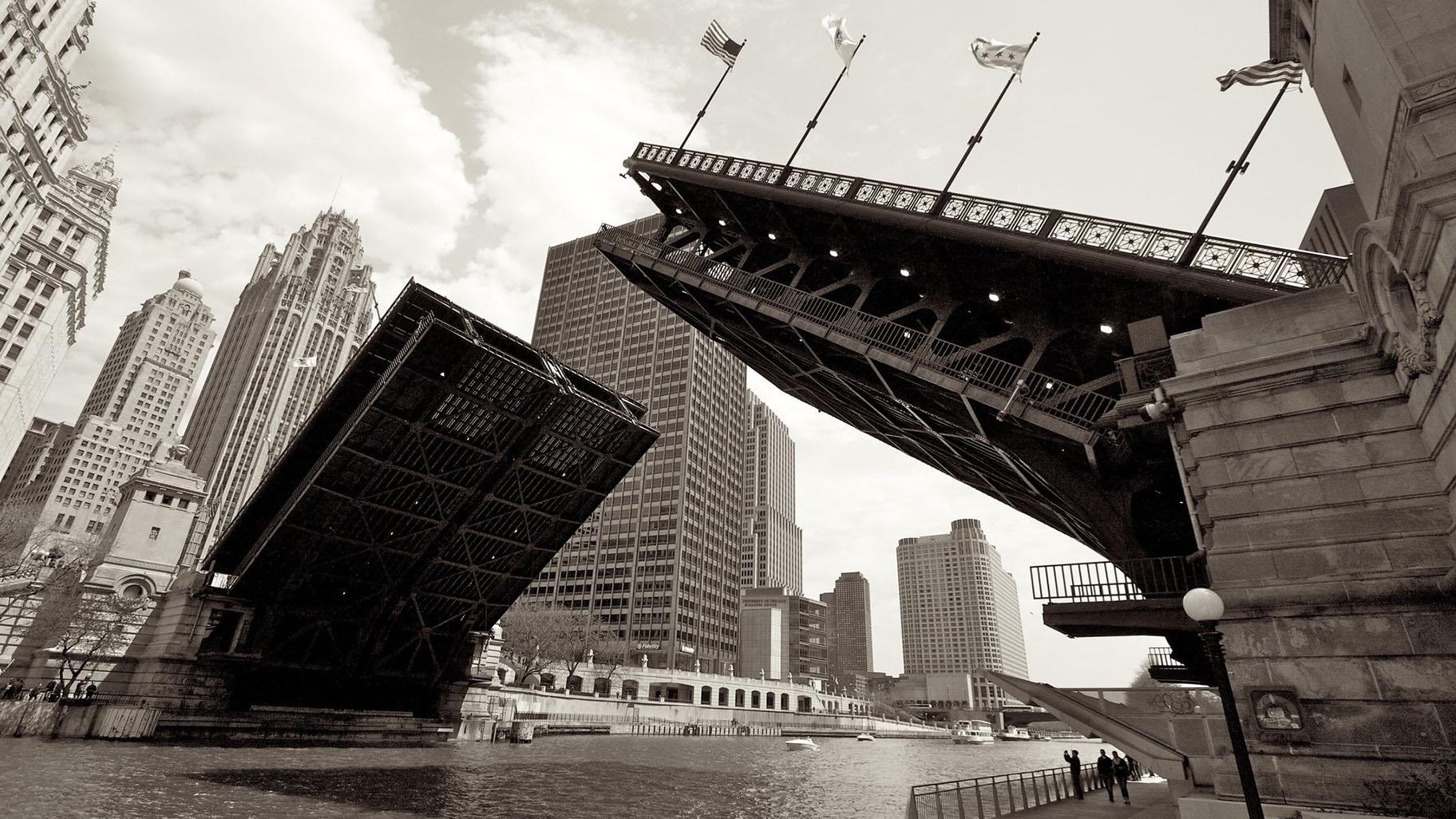 On Thursday, the DuSable Bridge turns 100, and the city is marking the milestone with a virtual party.

Chicagoans are invited to tune in at 7 p.m. to a half-hour program celebrating the bridge’s past and present, livestreaming on the Facebook page of the Bridgehouse Museum.

Mayor Lori Lightfoot; Tim Samuelson, City of Chicago historian; Patrick McBriarty, author of “Chicago River Bridges”; and the Fifth House Ensemble are all slated to participate in the festivities.

It won’t be quite as big a bash as organizers had planned pre-COVID-19, but then nothing was ever going to top the bridge’s grand opening back in 1920, when what was then called the Michigan Avenue Bridge debuted to a cannon salute. The pomp and circumstance highlighted the significance of the span, which ushered in a new era of development on the river’s north side.

“South Michigan Avenue was already a bustling business district,” said Josh Coles, director of the Bridgehouse Museum, a seasonal attraction located at Michigan Avenue and Wacker Drive. “North Michigan wasn’t even Michigan Avenue. It was Pine Street, it was a dirt road, full of industry and factories and breweries. When you think of the Wrigley Building or Tribune Tower, those were all built after the bridge opened. It transformed that section.”

Completion of the bridge fulfilled a piece of Daniel Burnham’s vision for the city as outlined in the 1909 Plan of Chicago, which called for a monumental gateway between the North and South sides. Architect Edward Bennett designed the bridge and its four bridge houses (one of which is home to the museum) according to Burnham’s plan.

One hundred years later, aside from a few coats of paint and some minor repairs, the bridge is pretty much in its original state and in working order, said Coles.

Thanks to the popularity of the city’s Riverwalk, more people than ever are paying attention to the DuSable Bridge. Attendance at the Bridgehouse Museum, which opened in 2006 as a project of Friends of the Chicago River, has boomed in recent years, Coles said.

A highlight of any visit is always a trip to the gear room, where guests are treated to a close-up view of the bridge’s inner workings.

“It’s really cool to bring a group in when a lift is happening,” said Coles. “Being right inside the bridge and standing just a few feet away from the giant gears is really exciting.”

The museum’s 2020 opening has been delayed in response to the coronavirus pandemic, but installation of a pair of new exhibits is still in the works.