The number of cars on the road in recent weeks has dropped dramatically, likely due to a combination of stay-at-home orders, remote work, and layoffs and cutbacks. But officials and analysts say those who are on the road may not be driving safely.

Tuesday afternoon, a rollover crash shut down the southbound lanes of Lake Shore Drive. Ald. Brian Hopkins (2nd Ward) says people are driving recklessly on the thoroughfare, and that it’s as bad as ever at the S-curve near Oak Street. 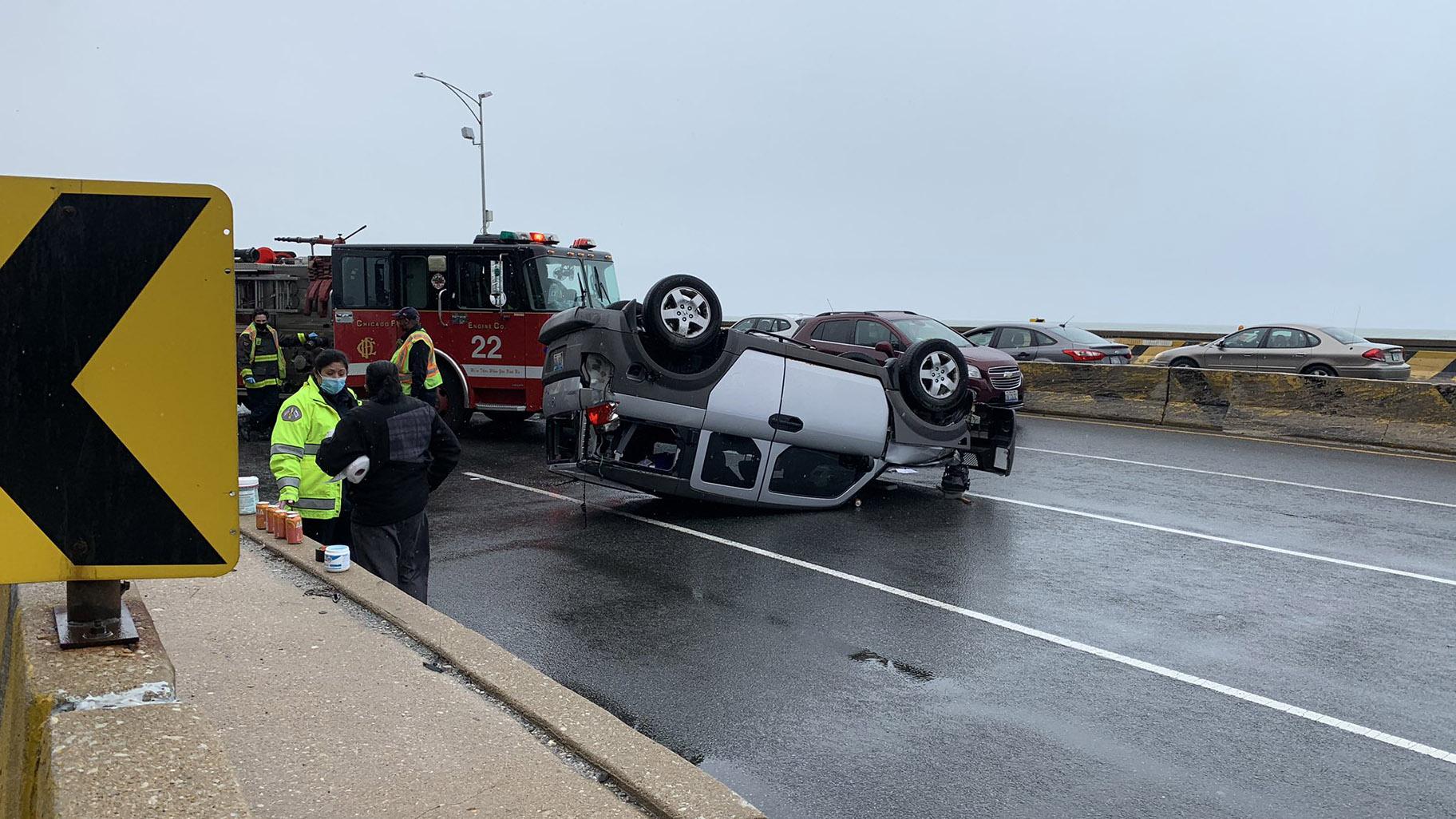 A crash shut down the southbound lanes of Lake Shore Drive on Tuesday, May 5, 2020. (Courtesy Chicago Police Department)

“Traffic volume is down by an estimated 70%. People have been complying, they’re staying home, the roads reflect that,” Hopkins said. “But the few people that are driving are taking liberties and thinking that it’s OK to exceed the speed limit and drive recklessly.”

With fewer cars on the road, there have been fewer traffic crashes overall, but an analysis of city data shows the severity of those crashes has slightly increased. The Northwestern University Transportation Center found that after the stay-at-home order went into effect, the percentage of incapacitating or fatal crashes ticked up.

“You had so much less traffic,” said NUTC Director Hani Mahmassani. “That was so unusual. You’re so used to driving very slowly on Chicago streets, so when you had that, people’s natural instinct was to speed up.”

Mahmassani says severe crashes appear to be leveling off, but the overall number of crashes is now on a slight upward trend.

Severe crashes are an issue in some other states, too, according to the Itasca-based National Safety Council.

“In some states, anywhere from 50% to 70% less miles (are driven), but the fatalities are up,” said NSC President and CEO Lorraine Martin. “We really need to get to the root cause and understand what the behavior is that’s causing this kind of disturbing spike in very severe crashes.”

Martin and other analysts agree one of the biggest factors leading to crashes is a pretty obvious one: speed. The Chicago Department of Transportation warned of a 14% jump in speeding on city roadways. The Chicago Police Department and Illinois State Police said they’ve increased visibility and have some targeted patrol efforts. But Martin says road safety doesn’t just fall on law enforcement.

“Driving safely right now is our civic duty. If anybody wants to know what they can do right now to help with the pandemic, it’s make sure that you’re driving safely so that we aren’t (diverting) resources to a very preventable action,” Martin said.

Hopkins agrees that enforcement can only go so far, and he thinks that officers might be hesitant to make traffic stops because of concerns about the coronavirus.

On a local level, he’s advocated for measures like straightening out the deceptive S-curve on Lake Shore Drive. On a broader scale, he thinks automated traffic enforcement like red light and speed cameras are the way of the future, despite stigmas around corruption and unfair ticketing practices.

“When you take those two elements out of it … people will support automated traffic enforcement and compliance goes up,” Hopkins said. “The goal is not to make money off of traffic scofflaws. The goal is to get everyone to operate their vehicle in a safe manner and comply with the traffic laws.”

One thing everyone we spoke with agrees on: traffic volumes aren’t going to go back to normal overnight, so slow down.

“Whether it’s on the S-curve or the Kennedy or the Dan Ryan, wherever you are, those roads are not safer just because they’re less congested,” Hopkins said.

There is one category of crashes that is on a downward trend in Chicago: crashes involving pedestrians. That’s despite the fact that, in many areas, people who want to get outside for a walk or a run are ensuring social distance by getting off of narrow city sidewalks and using the street. 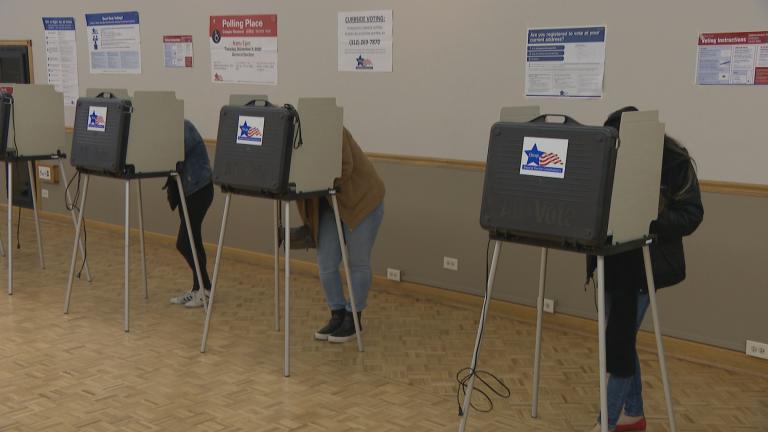