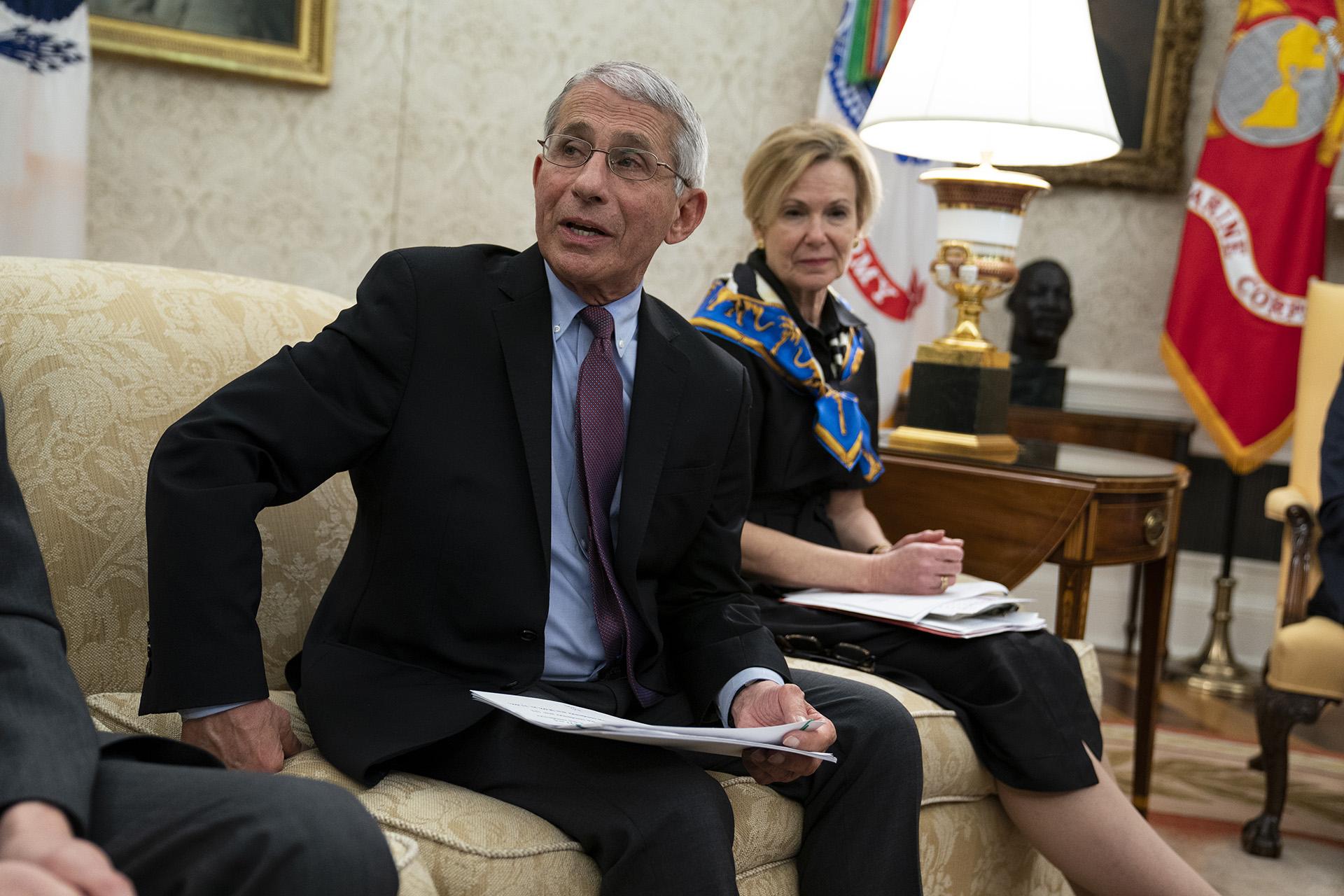 WASHINGTON (AP) — The nation’s top infectious disease expert said Thursday that new cases of the coronavirus are a certainty as states begin to roll back restrictions. States need to proceed carefully as they take steps to reopen businesses and allow greater freedom of movement, Dr. Anthony Fauci said.

“We will get blips ... there’s no doubt,” Fauci told NBC’s “Today” show. “When you pull back there will be cases, and what we need to do is make sure (states) have in place the capability of identifying, isolating and contact tracing individuals.”

Fauci urged states that don’t have that capability to go very slowly. “You can’t just leap over things and get into a situation where you’re really tempting a rebound. That’s the thing I get concerned about,” he said.

His warnings came a day after President Donald Trump said the federal government would not extend its social distancing guidelines past Thursday, and Trump’s son-in-law and adviser, Jared Kushner, predicted that by July the country would be “really rocking again,” despite health experts assessing that as highly unlikely.

Trump planned to meet on Thursday with Gov. Phil Murphy, D-N.J., as the president aims to focus on the reopening process that has started in many places.

Murphy told Fox News before leaving for Washington that he intended to discuss with Trump both testing capacity and federal money for New Jersey, among the states hardest hit by the pandemic.

Trump is trying to shift to a different phase in the virus response as the rate of new hospitalizations and cases has slowed in many states, even as the U.S. death toll from the coronavirus has surpassed American lives lost in the Vietnam War.

The president said Wednesday he plans to resume out-of-state travel, starting with a trip to Arizona next week, after spending more than a month mostly cooped up in the White House. He also said he hopes to hold large campaign rallies in the coming months, even though medical experts have said there is little hope of having a vaccine by that time.

Trump laid out a vision of returning to pre-coronavirus times — “with or without” a vaccine — with packed restaurants and full stadiums. That vision flies in the face of assessments from public health experts who say the United States will need to embrace a “new normal” that includes extended social distancing and mask-wearing.

“I don’t want people to get used to this,” Trump told reporters. “I see the new normal being what it was three months ago.”

White House spokesman Judd Deere tweeted that Trump would visit a Honeywell facility in Phoenix on Tuesday to highlight production of “critical medical equipment production and the addition of 500 manufacturing jobs in the state.”

That word came after Trump said he would not extend the White House’s “30 Days to Slow the Spread” guidelines past their scheduled expiration Thursday.

Those guidelines were originally supposed to last 15 days but were extended an additional 30 days. They encouraged Americans to work from home and avoid restaurants, group gatherings and discretionary travel. They also advised older Americans and those with serious underlying health conditions to isolate themselves.

Vice President Mike Pence said the guidelines have been incorporated into the guidance from the White House this month that lays out how states can gradually ease restrictions and begin to reopen as the rate of new cases slows.

The White House also is pointing to the prospect of an experimental drug, Remdesivir, which proved effective against the virus in a major new study.

Fauci said the drug reduced the time it takes patients to recover by 31% — 11 days on average versus 15 days for those just given usual care.

“It’s highly significant,” said the usually cautious doctor. “What it has proven is that a drug can block this virus.”

Meanwhile, Kushner, who has been helping lead response efforts, said in an interview with “Fox and Friends” that the administration had “achieved all the different milestones that are needed. So the federal government rose to the challenge, and this is a great success story.”