Trump’s Halting of Funds to WHO Sparks Worldwide Rebuke 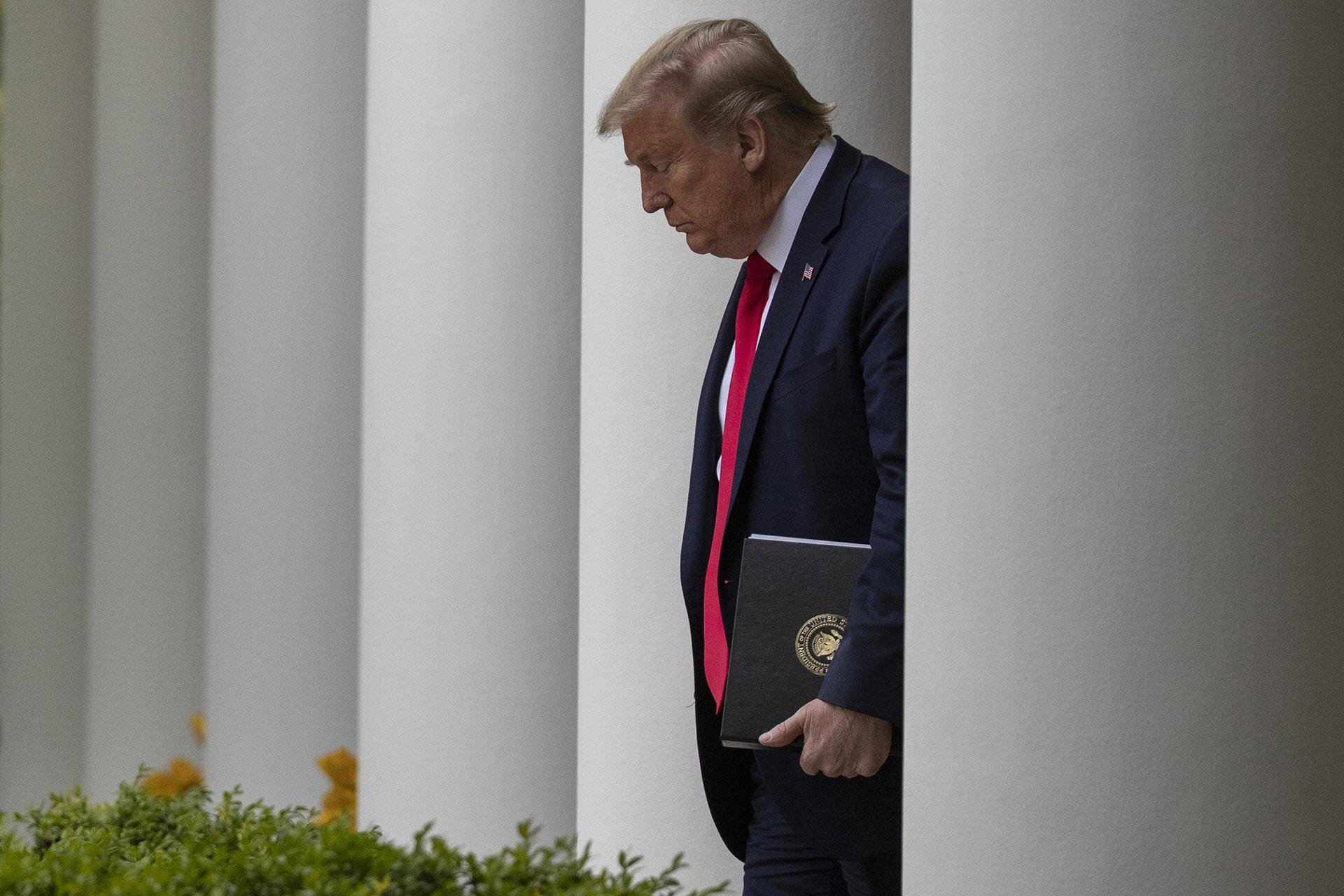 President Donald Trump arrives to speak about the coronavirus in the Rose Garden of the White House, Tuesday, April 14, 2020, in Washington. (AP Photo / Alex Brandon)

GENEVA (AP) — Nations and health experts worldwide reacted with alarm Wednesday after President Donald Trump announced a halt to the sizable funding the United States sends to the World Health Organization. They warned that the move could jeopardize global efforts to stop the coronavirus pandemic.

At a briefing in Washington, Trump said he was instructing his administration to halt funding for the WHO pending a review of its role “in severely mismanaging and covering up the spread of the coronavirus.” The United States is WHO’s largest single donor, contributing between $400 million and $500 million annually to the Geneva-based agency in recent years.

“I will always put the well-being of America first,” Trump said in a statement on Wednesday.

Trump has repeatedly labelled COVID-19 the “Chinese virus” and criticized the U.N. health agency for being too lenient on China, where the novel virus first emerged late last year.

Outside experts have questioned China’s reported infections and deaths from the virus, calling them way too low and unreliable. And an investigation by The Associated Press has found that six days of delays between when Chinese officials knew about the virus and when they warned the public allowed the pandemic to bloom into an enormous public health disaster.

The WHO has been particularly effusive in its praise for China, calling on other countries to emulate their approach and repeatedly praising their transparency.

But China only agreed to a proposed WHO-led mission to investigate the coronavirus after WHO’s chief Tedros Adhanom Ghebreyesus personally paid a visit to Chinese President Xi Jinping, a highly unusual move to secure a country visit during an outbreak.

The European Union on Wednesday said Trump has “no reason” to freeze WHO funding at this critical stage and called for measures to promote unity instead of division.

Trudie Lang, a professor of global health research at Oxford University said attempts to hinder WHO’s work could have significant consequences for the pandemic response.

“The reason we’re making such fast progress on diagnostics, vaccines and drugs is because of WHO’s role as a neutral broker,” she said. “It’s their role to bring together the best science.”

On Twitter, Bill Gates — whose foundation was the second-largest donor to the WHO for its latest two-year budget, contributing over $530 million in 2018 and 2019 — wrote that stopping funding for WHO during a world health crisis “is as dangerous as it sounds.”

“Their work is slowing the spread of COVID-19 and if that work is stopped no other organization can replace them. The world needs WHO now more than ever,” Gates wrote.

Worldwide, the pandemic has infected over 2 million people and killed over 128,000, according to a tally by Johns Hopkins University.

“Placing blame doesn’t help,” he wrote on Twitter. “The virus knows no borders. We must work closely against COVID-19.”

The Netherlands also threw its support behind the WHO. “Now is not the time to hold back funding. Once the pandemic is under control, lessons can be learned. For now, focus on overcoming this crisis,” Sigrid Kaag, minister for foreign trade and development cooperation, said on Twitter.

Devi Sridhar, chair of global public health at the University of Edinburgh, called Trump’s decision “extremely problematic,” noting that WHO is leading efforts to help developing countries fight the spread of COVID-19.

“This is the agency that’s looking out for other countries and leading efforts to stop the pandemic,” Sridhar said. “This is exactly the time when they need more funding, not less.”

Sridhar said Trump’s move was a short-sighted political decision that would likely have lasting consequences.

“Trump is angry, but his anger is being directed in a way that is going to ultimately hurt U.S. interests,” she said.

Sridhar and others said it was still unclear what the precise impact of Trump’s funding cuts might be, but that other health priorities funded by the U.S., like polio eradication, malaria and HIV, were likely to suffer.

Aid workers in developing countries worried they might be hardest hit by Trump’s decision.

“Trump’s decision to withhold support from the WHO is pulling the rug out from under our feet at a pivotal moment. It will impact the humanitarian community as a whole,” said Tom Peyre-Costa, regional media adviser for Central and West Africa for the Norwegian Refugee Council. “It defies logic at the height of a global pandemic and will lead to many more deaths.”

Russia’s foreign minister Sergey Lavrov warned against politicizing and said he believed WHO had “acted effectively” in its handling of the pandemic.

The WHO did not respond to repeated requests from The Associated Press for comment.

Some experts say WHO dallied in declaring a pandemic; it did so only on March 11, long after the surging outbreaks on multiple continents met the agency’s own definition for a global crisis.

“They were really behind the curve,” said Mark Woolhouse, professor of infectious disease epidemiology at the University of Edinburgh.

The U.N. health agency also insisted for months that the virus could be contained and was not as infectious as influenza. But many outbreak experts, including at the U.S. Centers for Disease Control and Prevention, say COVID-19 is spreading many times faster than flu and that its rate of spread was apparent in January.

Still, some global health academics said Trump’s attacks on WHO might actually strengthen the agency’s credibility.

“If Trump was making a great success of the pandemic response in the U.S., if there were minimal cases and deaths there, that might be different,” said Sophie Harman, a professor of international politics at Queen Mary University of London. “But things are getting worse and that reinforces the need for WHO.”