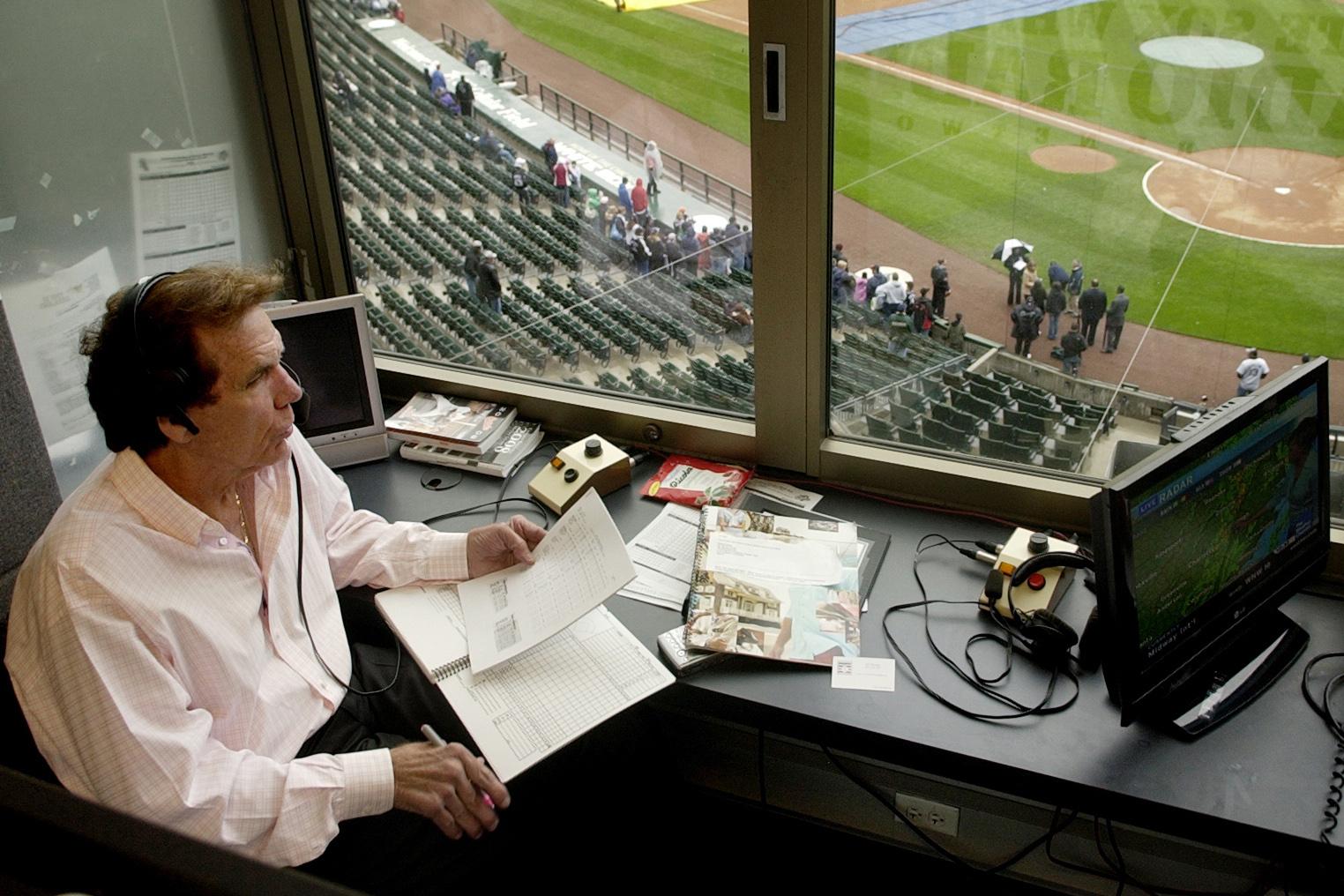 CHICAGO (AP) — Ed Farmer rooted for the White Sox growing up on Chicago’s South Side and went on to become an All-Star reliever for them.

Where he really made his mark was in their radio booth the past three decades. Whether he was calling no-hitters, chronicling a championship season in 2005 or simply telling entertaining stories, Farmer was an inviting voice who brought listeners along for the ride.

The White Sox said he died Wednesday night in Los Angeles at age 70 following complications from an illness.

“He was just kind of like a staple in the scenery of the White Sox,” former White Sox star Paul Konerko said Thursday.

Farmer was born in suburban Evergreen Park. He starred in baseball and basketball at St. Rita High and went on to pitch for eight teams over 11 seasons, going 30-43 ERA and 75 saves.

Farmer worked as a major league scout for the Baltimore Orioles and spent time in the White Sox’s front office before joining the radio booth on a part-time basis in 1991. He settled in as a full-time analyst alongside announcer John Rooney from 1992 to 2005. Farmer assumed play-by-play duties in 2006 and completed his 29th season in the booth in 2019.

“He called no-hitters, perfect games and of course, a World Series championship,” White Sox chairman Jerry Reinsdorf said in a statement. “His experience as a major league All-Star pitcher, his wry sense of clubhouse humor, his love of baseball and his passion for the White Sox combined to make White Sox radio broadcasts the sound of summer for millions of fans. Ed grew up a Sox fan on the south side of Chicago and his allegiance showed every single night on the radio as he welcomed his ‘friends’ to the broadcast.”

Farmer called perfect games by Mark Buehrle against Tampa Bay in 2009 and Phillip Humber at Seattle in 2012 as well as Hall of Famer Jim Thome’s 500th homer. Just as notable as the events he witnessed were the relationships he developed and the impact he had on the booth and the franchise.

Darrin Jackson, his broadcast partner since 2009, recalled Farmer bringing him along to golf with former President George W. Bush.

“All he (Farmer) did was put a phone call in and say, ‘I want to get together with you and play some golf,’” said Jackson, a former outfielder whose bond with Farmer developed when he played for the White Sox in 1994. “(Bush) said, ‘Bring Darrin along and we’ll play.’ I don’t think you could have a friend that had higher-ups than Ed Farmer did and I was fortunate enough to meet most of them.”

A choked-up Jackson said the booth was a unique place with Farmer.

“There was nobody in Chicago or anywhere else that would bring in more new fans to that organization than Ed Farmer,” he said. “You could be a Cardinal fan. You could be a fan of anybody and he would have you up in our booth and you’d be converted instantly. He’s that guy. ... It was something special to be around.”

Konerko remembered Farmer, a loyal Notre Dame football fan, arranging a tour of the school’s facilities there for them.

“Twelve years later I’d walk in just on a normal Tuesday and he’s like, ‘Have you been on the field at Notre Dame?’” Konerko said. “He was great at dishing it out to people. ... But I would say the best part about Eddie is he could take it.”

Farmer missed time last season for health reasons. He called a spring training game this year before returning to California in February.

Farmer battled Polycystic Kidney Disease — an inherited disorder that causes the organ to enlarge and lose function, according to the Mayo Clinic — and became an advocate for organ donation after a transplant from his brother in 1991. He served on the board of directors of the Polycystic Kidney Disease Research Foundation and testified before the U.S. House of Representatives about the disease in 1995. He also supported the state of Illinois organ donor program.

“The hard part is this,” Jackson said. “I know what Ed’s been dealing with — he and his family — since last season. And I know how hard he worked to be prepared for this year. He was strong. He was coming back.”

Farmer is survived by wife Barbara and daughter Shanda.