The search for extraterrestrial intelligence is about to get a big boost.

Earlier this month, the privately funded SETI Institute announced plans to use the Very Large Array (VLA) observatory in New Mexico to sweep the sky for signs for signs of alien life for the first time.

The VLA consists of 27 radio dishes that are used by astronomers to study many different astronomical phenomena. And though it was prominently featured in “Contact,” the 1997 film based on the book by Carl Sagan and featuring Jodie Foster as an astronomer searching for signs of extraterrestrial intelligence, the VLA has not previously conducted this type of search.

SETI plans to develop and install an interface on the VLA by 2021 that will give researchers unprecedented access to data produced by the observatory.

In a statement, Andrew Siemion, Bernard M. Oliver Chair for SETI at the SETI Institute and principal investigator for the Breakthrough Listen Initiative at the University of California, Berkeley, said: “This interface will allow us to conduct a powerful, wide-area SETI survey that will be vastly more complete than any previous such search.”

“Having access to the most sensitive radio telescope in the northern hemisphere for SETI observations is perhaps the most transformative opportunity yet in the history of SETI programs,” said Bill Diamond, president and CEO of the SETI Institute, in a statement. 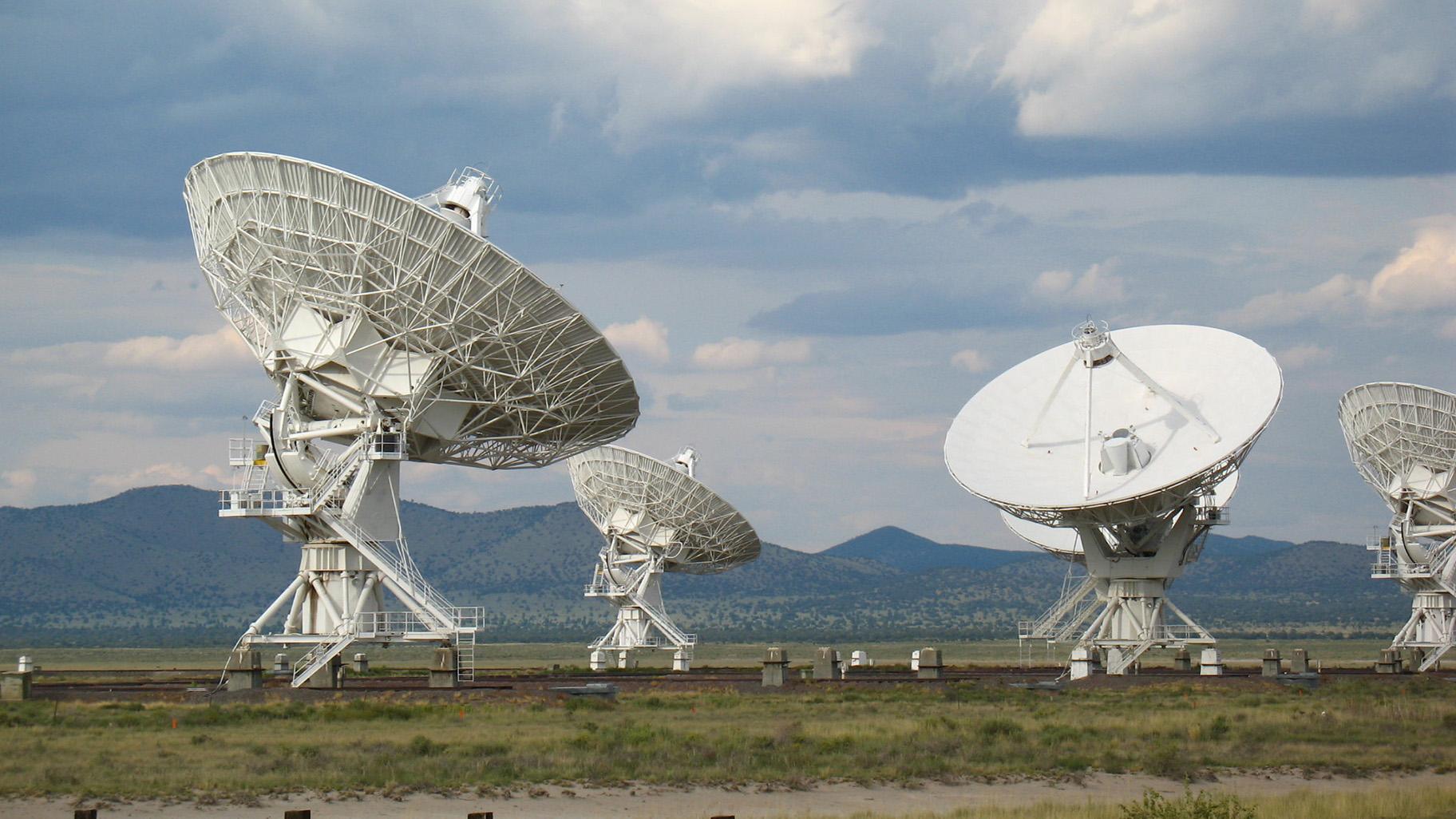 The Very Large Array (VLA) is a collection of 27 radio antennas located at the NRAO site in Socorro, New Mexico. Each antenna in the array measures 82 feet in diameter and weighs about 230 tons. (Photo: Luke Jones / Flickr)

Lucianne Walkowicz, an astronomer and astrobiologist at the Adler Planetarium, has been involved in the search for exoplanets and intelligent alien life for much of her career.

“One of the challenges that SETI has had traditionally is that we really have no idea how to look for an intelligence that is nothing like us,” said Walkowicz. “We have no idea what kind of signal might be sent. Most SETI efforts have really tried to figure out what that signal might be ahead of time and I think that’s a very hard problem.”

In the past, the search for intelligent alien life as opposed to, say, microbial life has, according to Walkowicz, been a victim of the “giggle factor” and been ridiculed as the search for little green men. That had the effect of discouraging serious research and researchers from going into the field.

That attitude appears to be changing, in part because of efforts like Breakthrough Listen, a $100 million project funded by Israeli-Russian tech entrepreneur Yuri Milner, which aims to detect extraterrestrial communications.

Walkowicz says that looking for radio signals from extraterrestrials is not necessarily the best way to search for alien life but it is certainly one way that intelligent life beyond Earth could be detected.

“My research is informed by the fact that we don’t know what the best way to do it is,” said Walkowicz. “I very much think that if there is a method that you can think of to bring to the table there’s no reason not to do it. We are focused often on radio because that’s where SETI started and because here on Earth we use radio transmissions to do communications.”

And so if at least one species in the universe uses radio transmissions then maybe others do too.