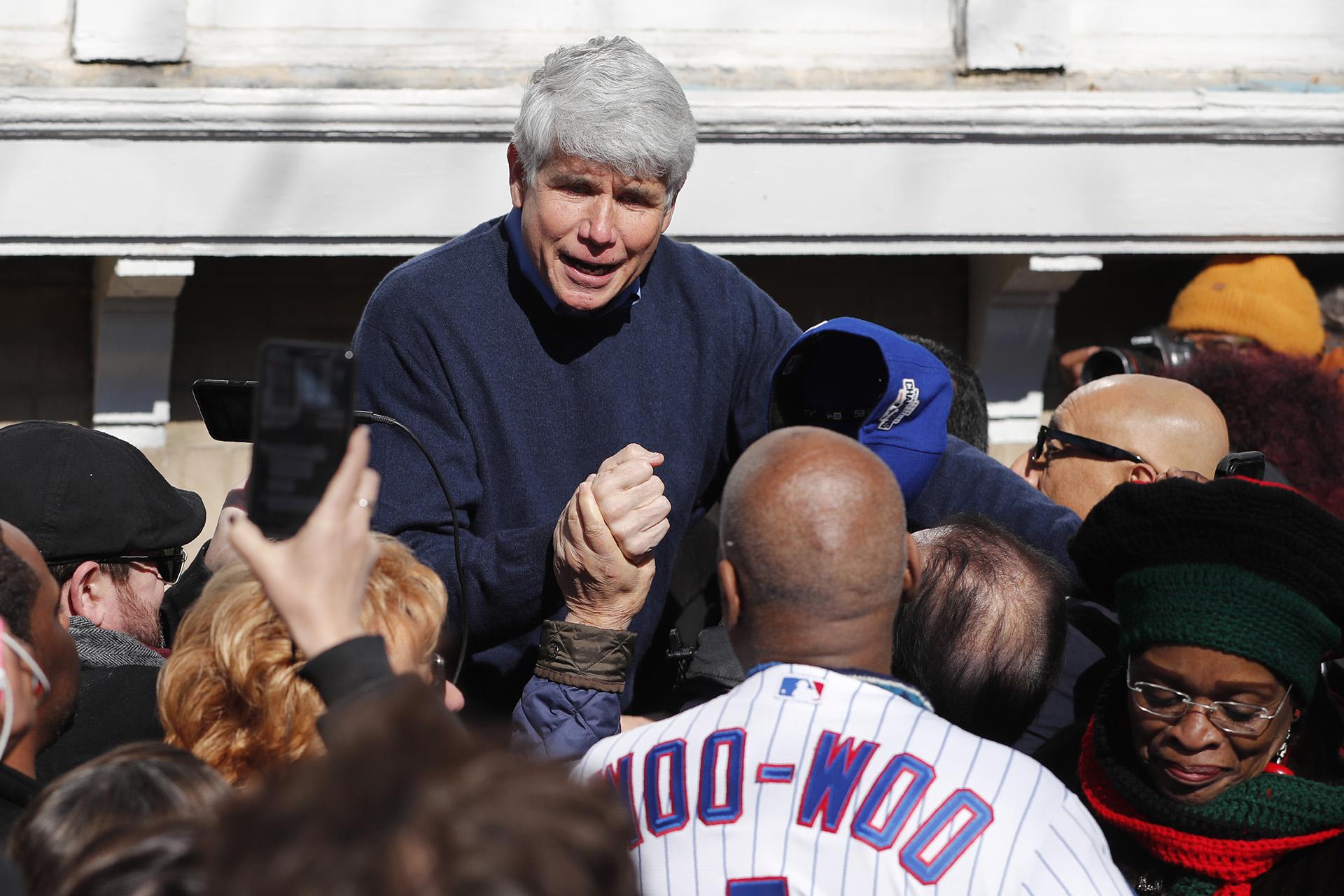 Fresh out of prison thanks to a commutation this week from President Donald Trump, former Illinois Gov. Rod Blagojevich is in the hunt for a post-prison career.

“I need to start working and providing for my family,” the 63-year-old told Fox News this week. He didn’t elaborate on the kind of job he is seeking.

Job hunts have gotten Blagojevich in trouble before.

His expletive-laden talk captured on FBI wiretaps about landing a job or campaign cash for naming someone to Barack Obama’s vacated U.S. Senate seat is part of what led to his multiple corruption convictions.

Here’s a look at what jobs might be out there for the one-time contestant on Trump’s “Celebrity Apprentice” reality TV show:

Q: WHAT ARE THE RANGE OF POSSIBLE JOBS?

A: His options could include becoming a commentator on a cable news channel, where criminal convictions aren’t necessarily a disqualification. A self-employed podcaster could be another option.

Blagojevich could try to parlay his relative fame into a gig on another reality TV show. Producers might see his sometimes engaging and offbeat character as a draw.

Blagojevich himself mused about dream jobs in the secret recordings of his phone that played central roles at his two corruption trials.

He also talked about heading a philanthropic organization.

He could do a book. A confessional-type book could attract interest, one in which he describes a metamorphosis as he served eight years of a 14-year sentence. But the only obvious change in Blagojevich is that his trademark thick hair changed from black to white.

His insistence that he never did anything wrong is wholly unchanged.

When his Fox News interviewer asked Wednesday if he felt even a “modicum of regret” for decisions that led to his imprisonment, Blagojevich responded promptly, “No.” He added categorically: “I broke no laws. I crossed no lines.”

He has spoken at length in recent days about what he described as an overzealous federal justice system, echoing Trump. That could position him as a spokesman for an advocacy organization that agrees with him.

A: That seems far-fetched. But it’s possible Blagojevich believes Trump could follow up a commutation with a job offer in his administration.

In recent days, it sometimes seemed Blagojevich might be pining for something more from Trump.

The Chicago Democrat heaped praise on the Republican president as he addressed reporters outside his home Wednesday, a day after his release from a federal prison in Colorado. Blagojevich went so far as to say he’d vote for Trump, calling himself a “Trumpocrat.”

A: At trial, prosecutors highlighted Blagojevich’s extravagant tastes. They said he and his wife, Patti, spent more than $400,000 on clothes that included tailored suits and furs. On a single day, he even shelled out $1,300 on ties.

Blagojevich and his wife were awash in more than $200,000 in consumer debt when he was arrested in 2008. Their debts deepened as his legal bills stacked up.

A: His severely tainted reputation, for starters. Many employers may be reluctant to associate their companies with a disgraced politician whose convictions included trying to shake down the CEO of a children’s hospital.

Agents arrested then-Gov. Blagojevich after wiretaps recorded him gushing about using his power to appoint someone to the Senate seat to land a well-payin job or campaign cash, saying the leverage it provided was “f------ golden.”

Prosecutors cited that comment to explain why they moved fast to arrest Blagojevich. An appeals court later tossed convictions based on his bid for a job but upheld ones based on his attempt to trade an appointment for money.

Blagojevich can’t run for office in Illinois under conditions set by state legislators when they ousted him as governor in 2009.

Blagojevich, who got his law degree from Pepperdine University in 1983, can probably cross lawyer off the prospective jobs list.

The Illinois Attorney Registration & Disciplinary Commission is scheduled to hold a hearing next week that will likely lead to his disbarment. A former complaint says his crimes “adversely reflect on his honesty, trustworthiness or fitness as a lawyer.”

Q: WHAT ARE HIS QUALIFICATIONS?

A: After law school, Blagojevich worked as a Cook County prosecutor. Years later, he won an Illinois House seat, then U.S. House seat. He won the Illinois governorship in 2002 running on a pledge to crack down on corruption.

The son of Serbian-American parents is well-read and has a good memory, sometimes showing that by naming all the U.S. presidents in the proper order.

As a politician, he demonstrated a Bill Clinton-like ability to connect with people of disparate backgrounds. Perhaps that could open the way to a sales or marketing job.

But he’s often demonstrated a lack of common sense and everyday know-how.

Trump fired him from “Celebrity Apprentice” after Blagojevich struggled with basic tasks like sending emails from a cellphone.

Former staff recall Blagojevich as disengaged and disorganized as governor, and that he was someone who would go out of his way to avoid hearing bad news.

Blagojevich would go so far as hiding in a bathroom to avoid discussing the state budget with his budget director, a former deputy governor, Robert Greenlee, testified at one of Blagojevich’s trials.

Blagojevich also had trouble focusing on legislation and could let paperwork pile up, Greenlee said. Among the duties Blagojevich rarely got to were petitions from Illinois state prisoners desperately seeking gubernatorial pardons.