As “For Sale by Owner” listings go, this one has a corker of an opening line: “Louis Sullivan’s final masterpiece.”

Never mind the square footage, floor plan or estimated property taxes, the primary selling point of the two-story mixed-use building at 4611 N. Lincoln Ave. rests almost entirely in its exquisite facade, which bears the unmistakable mark of the man who designed it, Louis “form follows function” Sullivan, a lion among Chicago’s pantheon of storied architects.

For $2.5 million, the final Sullivan could be yours.

Constructed in 1922, the building’s original owner and occupant was William Krause, who operated a music store out of the first floor and lived in the apartment upstairs. Krause hired William Presto to design the building and Presto in turn recruited Sullivan, his former employer, to collaborate on the facade.

By that point, Sullivan’s days of creating masterpieces like the Auditorium Building, the Chicago Stock Exchange and Carson Pirie Scott were well behind him. He was barely keeping himself afloat financially or otherwise when Presto offered a lifeline.

The resulting Krause facade is vintage Sullivan, clad in green-blue terra cotta with ornamental floral flourishes. A “K” for Krause crowns the roofline. 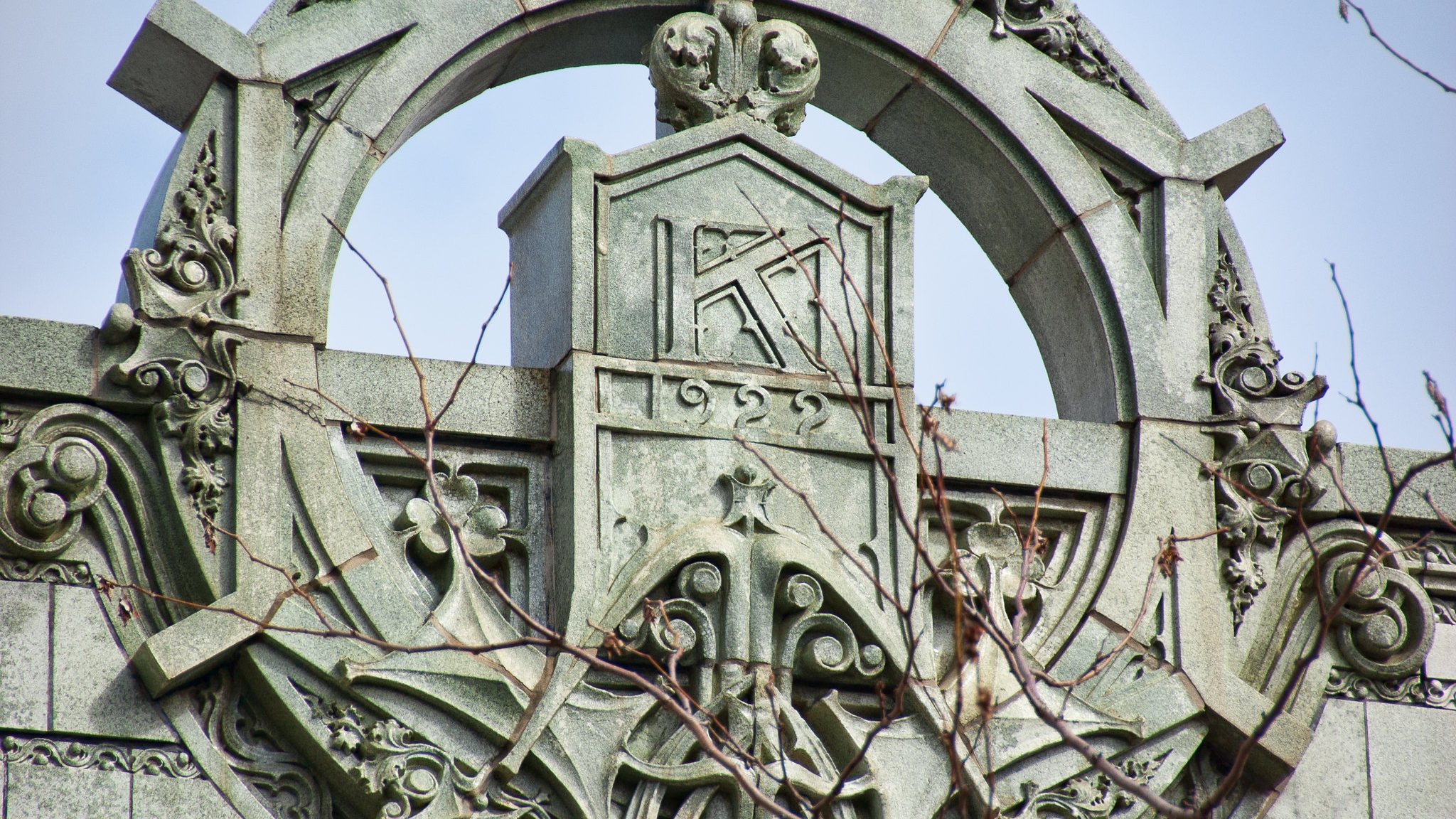 For most of its life, the Krause Building housed a funeral home (Krause died by suicide in 1929 at the outset of the Great Depression and the music store closed) and then operated for a period as a boutique named the Museum of Decorative Arts. In 2005, the current owners, Peter and Pooja Vukosavich, purchased the building as the home for their marketing business, Studio V Design. Though they undertook extensive interior renovations, completed in 2007, the landmarked exterior was protected from alterations and remains a draw for passersby.

“When we first saw the building, yes we loved the facade, but we also saw the potential on the inside. Which quite frankly was a mess. It needed a lot of work and investment,” Peter Vukosavich said.

The couple brought in architects, a contractor and a feng shui expert. The result was an open office space on the inside, with a Zen garden in the backyard.

“Everyone walks in and feels the power of the building, the openness and the light,” Pooja Vukosavich said. “They’re just wowed, especially the contrast between the decorative façade which you might say is a different era — and then compare that to the inside which is super contemporary.” 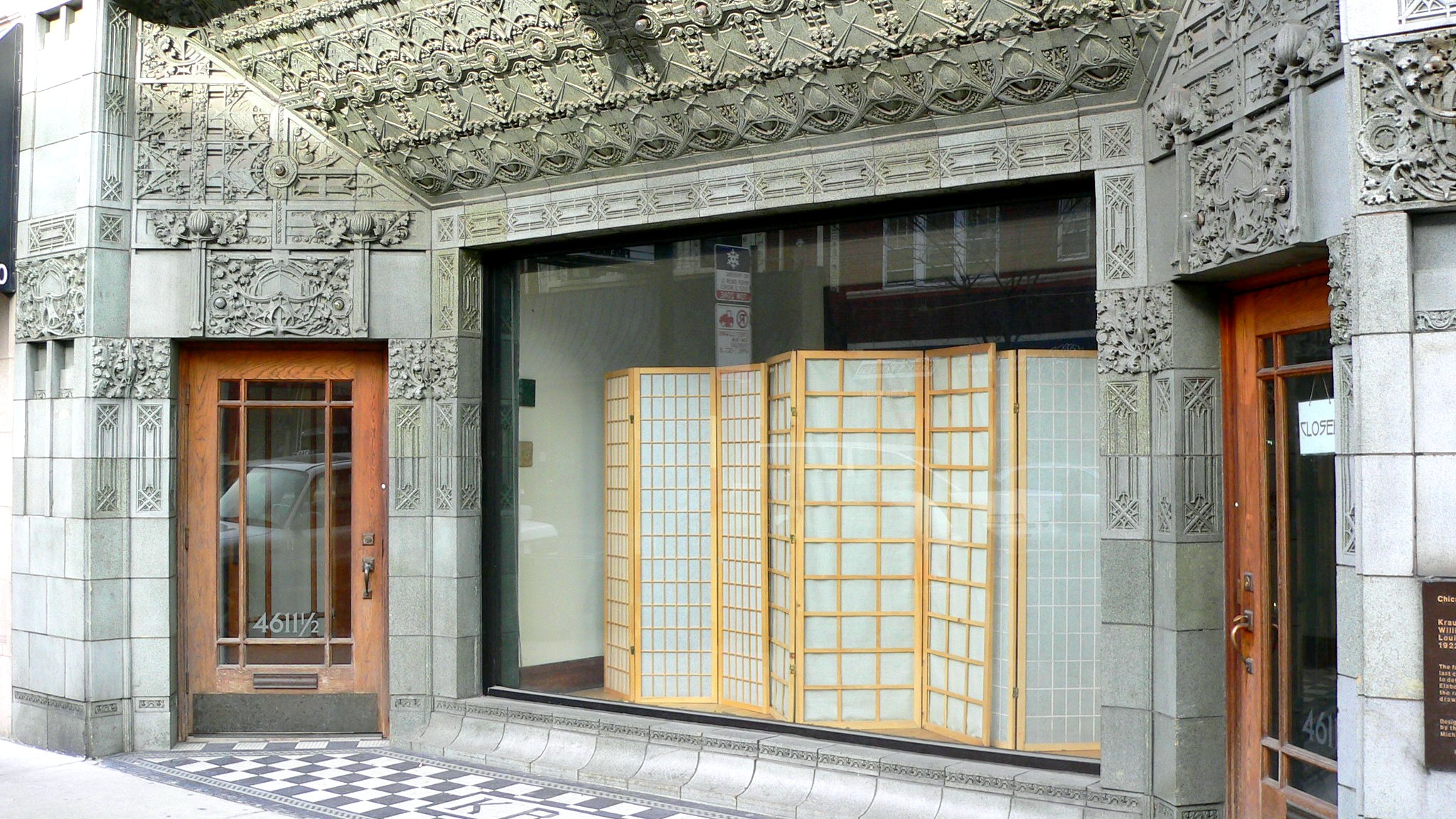 Louis Sullivan’s trademark flourishes are evident in the facade of his final building, now for sale in Lincoln Square. (Steve Silverman / Flickr)

For a number of years, the Vukosaviches even hosted visitors during the annual Open House Chicago event, leading tours of their ground floor offices and the rear garden.

But after over a decade in the space, the couple is ready to move on.

“We’re getting closer to retirement, and we’re kind of looking for the next right person to come in and respect and enjoy the building the way we did,” Peter Vukosavich said.

In 2006, the Vukosaviches successfully lobbied to have the entire site added to the National Register of Historic Places, including the upstairs apartment with windows designed by Sullivan.

They’re hoping the next owner will bring that same dedication to the building.

“There’s that ad for — I forget which brand of watch … which says you never really own the watch, you take care of it for next generation,” Peter Vukosavich said. “In our small way I kind of feel that about this building. It belongs to the city, it belongs to the neighborhood, and it’s ready to move on to the next person who will appreciate it.”

You can learn more about the building here.