A Victory, A Caution: Takeaways from New Hampshire’s Primary 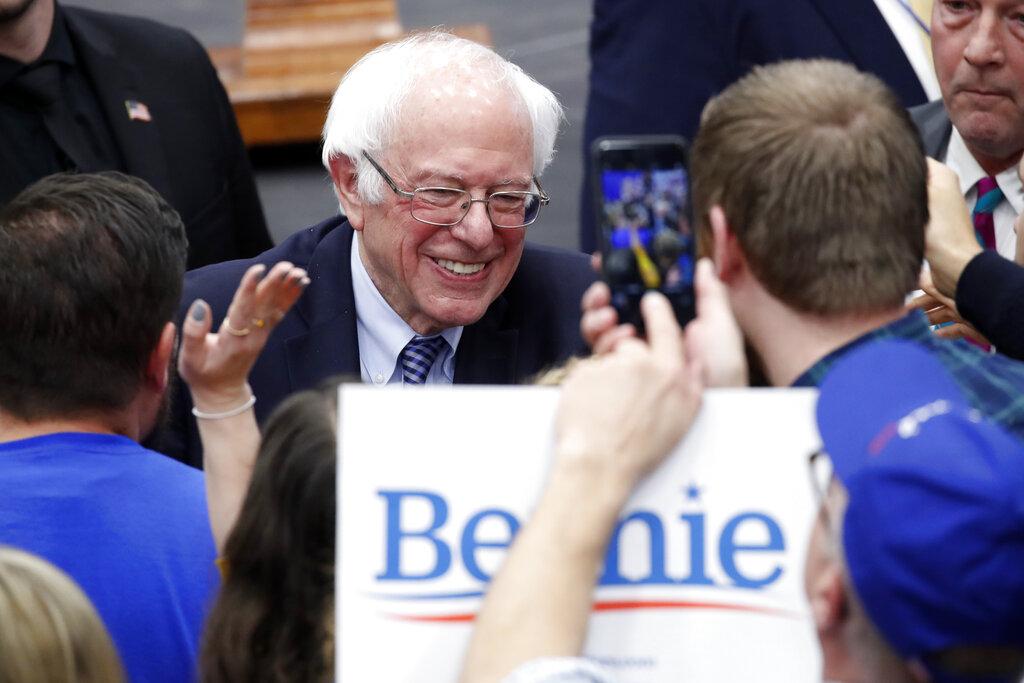 Sanders’ durability, based both on his 2016 campaign and the first two contests this year, cannot be questioned. What remains unanswered is how moderates will now come at him and whether Sen. Elizabeth Warren will be able to compete credibly for the progressive wing. Her disappointing fourth-place showing gives supporters little confidence.

But Sanders’ liabilities are also clear, at least among a large segment of voters in the party who are wary of the 78-year-old self-identified democratic socialist, and how that label could be demonized by President Donald Trump. As he goes forward, Sanders will have to convince voters that he can pay for his plans to fundamentally reorder the American economy in the name of economic fairness.

New Hampshire voters acknowledged a nominee with strongly liberal views might have difficulty against Trump in November, with about 6 in 10 saying it would be harder, according to an AP VoteCast survey of more than 3,000 Democratic primary voters. And more than 7 in 10 voters chose someone else.

Other takeaways from the New Hampshire primary:

A majority of its voters clearly wanted a moderate alternative. And Pete Buttigieg, the former mayor of South Bend, Indiana, again made a case to be that choice with another impressive performance, winning votes across broad demographic groups, by running close to Sanders, who defeated Hillary Clinton by 22 percentage points in 2016.

But Buttigieg now has new competition from Sen. Amy Klobuchar, who used a strong debate performance to vault to third place and a legitimate claim of momentum.

Both seem in sync with most Democrats’ desires. Moderates and conservatives made up a majority of voters Tuesday, according to AP VoteCast.

But things get murkier now that the contest heads to more diverse states. Polling shows that former Vice President Joe Biden has the strongest following among African American voters in South Carolina, where non-white voters comprised about two-thirds of the 2016 Democratic primary electorate, state data show. But Biden’s anemic showing in New Hampshire may test that.

Next up is Nevada, and then South Carolina and then 14 states on Super Tuesday, March 3, including mega-states California and Texas. Both Buttigieg and Klobuchar have limited support from minority voters, polls show, but Buttigieg now has demonstrated top-tier appeal and benefited from his outside-the-Beltway pitch.

Another test awaits for the muddled moderate lane — billionaire and former New York Mayor Michael Bloomberg has been spending hundreds of millions to convince Super Tuesday voters that he, not those who campaigned in the early states, is the best alternative to Sanders.

Klobuchar was a clear expectations winner, a finish that will guarantee she gets another look from voters. New Hampshire revels in hoisting up underdog candidates and this time, it was the Minnesota senator.

She limped into New Hampshire. Then she turned in a strong debate performance Friday in Manchester, saw crowds flood her events, reported raising more than $3 million in three days and on Tuesday crushed a former vice president and the once-top-tier senator from neighboring Massachusetts.

The problem for Klobuchar is almost no infrastructure in the huge map unfurling before Democratic presidential hopefuls. She announced a seven-figure ad buy in Nevada, the next state to vote. But she has only 30 staffers in a state where her rivals have had at least twice as many and that, because it uses a caucus, rewards advance preparation. She’s not even begun to move into the Super Tuesday states.

But Klobuchar demonstrates in New Hampshire that, even in a race that’s been static for months and drowned out by Trump, debates, local quirks and voters matter.

CAN BIDEN SURVIVE IN SOUTH CAROLINA?

There was not a trace of good news for Biden in the New Hampshire results. As in Iowa, he was eclipsed by the 38-year-old former mayor of South Bend, Indiana, whom he had tried to diminish as far too inexperienced, and surprisingly by Klobuchar, whom voters saw as a better bet.

Biden’s campaign has struggled repeatedly for lack of a rationale and lack of energy that could be seen in the small crowds that attended his events, his dismal fundraising, and his own uneven campaigning.

He has said he welcomes the chance to compete in a state with a more diverse electorate, and even left New Hampshire for South Carolina on Tuesday. But no candidate has failed so badly in the first two nominating contests and gone on to win.

In New Hampshire, roughly half of the state’s Democrats would be dissatisfied with him as the presidential nominee, according to AP VoteCast.

His fall has been swift and dramatic.

Only a few months ago, Warren looked unstoppable in New Hampshire. She represented neighboring Massachusetts, her detail-oriented liberalism seemed a perfect match with the Granite State’s no-nonsense progressives, and she led in state polls.

Now, the trajectory of her campaign is decidedly downward, and she has limited time for a reset. Warren spoke quickly Tuesday night, vowing to fight on, but it’s unclear where she goes next.

Warren has a strong organization and ties in Nevada, but if she can’t win on her neighboring turf it may be tough to score a surprise three time zones away. Unlike Biden, she doesn’t have a demographic bulwark of African American voters to fall back on. And her small-dollar-only fundraising was already being eclipsed by Sanders, even before the Vermont senator began wracking up wins.

The candidate of plans has no clear plan to win now.

DEMOCRATS NOT THE YOUNG AND RESTLESS

Democratic primary voters are old. Nearly two-thirds in New Hampshire were above the age of 45.

These are voters who could have bought first pressings of Michael Jackson’s “Thriller,” danced to the Chicago Bears’ “Super Bowl Shuffle” and sipped New Coke if not also Crystal Pepsi. They have memories of the Cold War with what was then the Soviet Union. And when it comes to choosing a nominee, this group was split between Buttigieg, Sanders and Klobuchar.

Nationwide, less than 56% of eligible voters are older than 45, according to the Census Bureau.

Sanders had an advantage with younger voters in New Hampshire.