In the hours before the evening caucuses, candidates gave last-minute pep talks and pitches, while hundreds of volunteers pressed on statewide.  By day’s end, tens of thousands of Democrats were to have gathered at community centers, high school gyms and more than 1,600 other caucus locations  in the premiere of more than 50 contests that will unfold over the next five months. The caucuses were rendering the first verdict on what the party stands for in the age of Trump — and who it feels is best positioned to take on the Republican president, whom Democratic voters are desperate to beat this fall.

The moment is thick with promise for a Democratic Party that has seized major gains in states since Trump won the White House in 2016. But instead of clear optimism, a cloud of uncertainty and deepening intraparty resentment hung over Monday’s election as the prospect of a muddled result raised fears of a long and divisive primary fight in the months ahead.

“I’m the one who can pull our party together,” Massachusetts Sen. Elizabeth Warren told supporters on a telephone call, suggesting her rivals could not. “I’m the one who is going to pull us all in to give us the ideas that we can all run on. The one who says both inspiration and inclusiveness.” 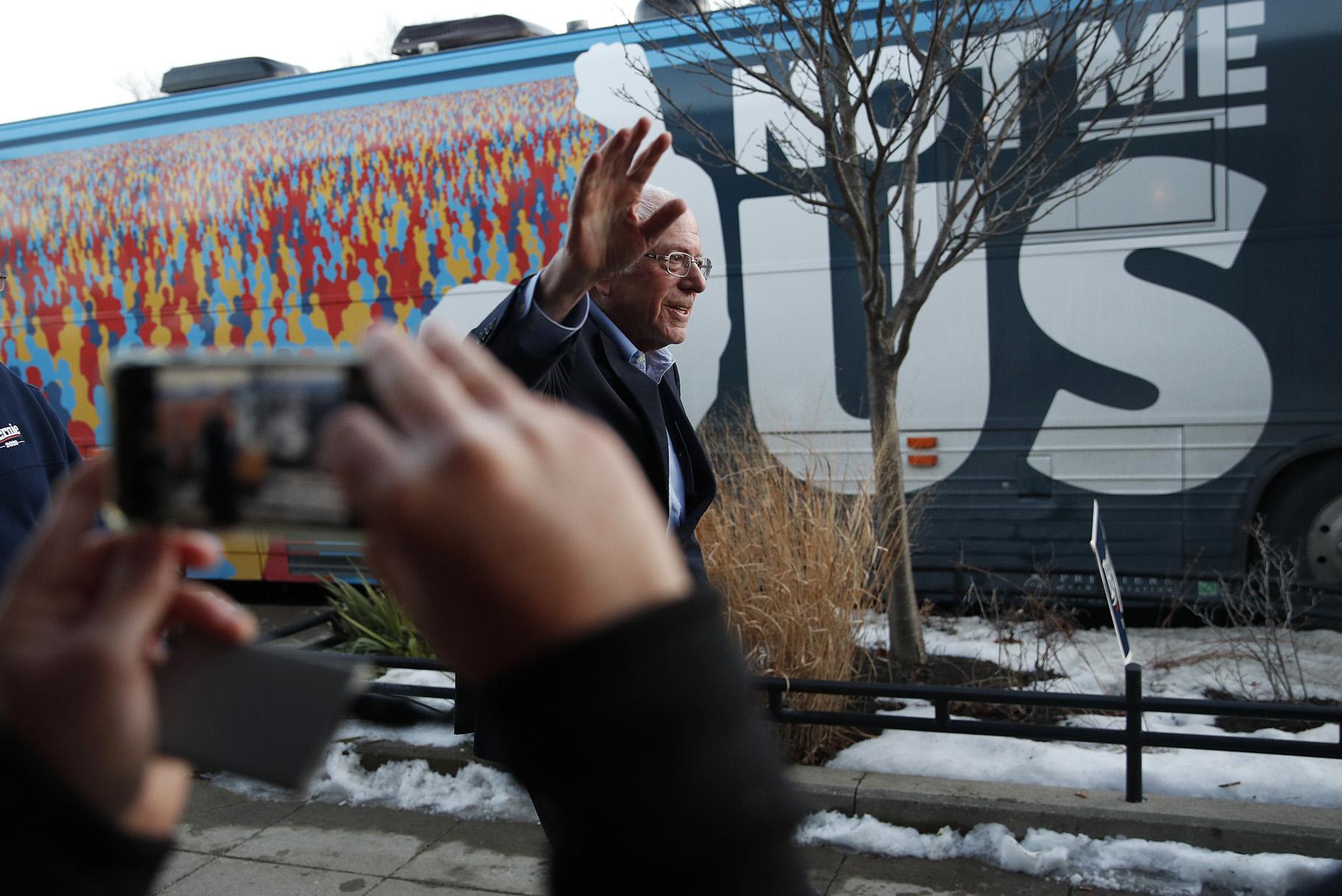 “If anybody tells you they know who’s going to win, either they’ve got a whisper from God or they’re loony because nobody knows,” said Deidre DeJear, who announced her support for Warren on Monday and was the first black woman to win a statewide primary in Iowa.

Roughly two-thirds of Iowa caucus-goers said supporting a candidate who would fundamentally change how the system in Washington works was important to their vote, according to AP VoteCast, a survey of voters who said they planned to take part in Monday’s Democratic caucuses.

That compares to about a third of caucus-goers who said it was more important to support a candidate who would restore the political system to how it was before Trump’s election in 2016.

By midday Monday, a handful of satellite caucuses had already taken place_some thousands of miles away from Iowa. In Glasgow, Scotland, Sanders received the most support from the 19 caucus-goers who attended, while Warren came in second and Buttigieg came in third. No other candidates were viable.

But the precinct caucuses are a a relatively small portion of the results_some 200,000 Iowans are expected to participate in the event.

The four senators in the field left Iowa late Sunday to return to the U.S. Capitol for Trump’s impeachment trial, but did what they could to keep their campaigns going from Washington. While Warren held her telephone town hall, Klobuchar’s husband and daughter appeared at a canvass launch in Des Moines.

In suburban Des Moines, Buttigieg delivered about 100 volunteers a last shot of encouragement before they stepped out into the chill to knock on doors for him around midday Monday.

“We are exactly where we need to be to astonish the political world,” he said, igniting cheers for the 38-year-old former midsize-city mayor, who was an asterisk a year ago and is now among the top candidates. 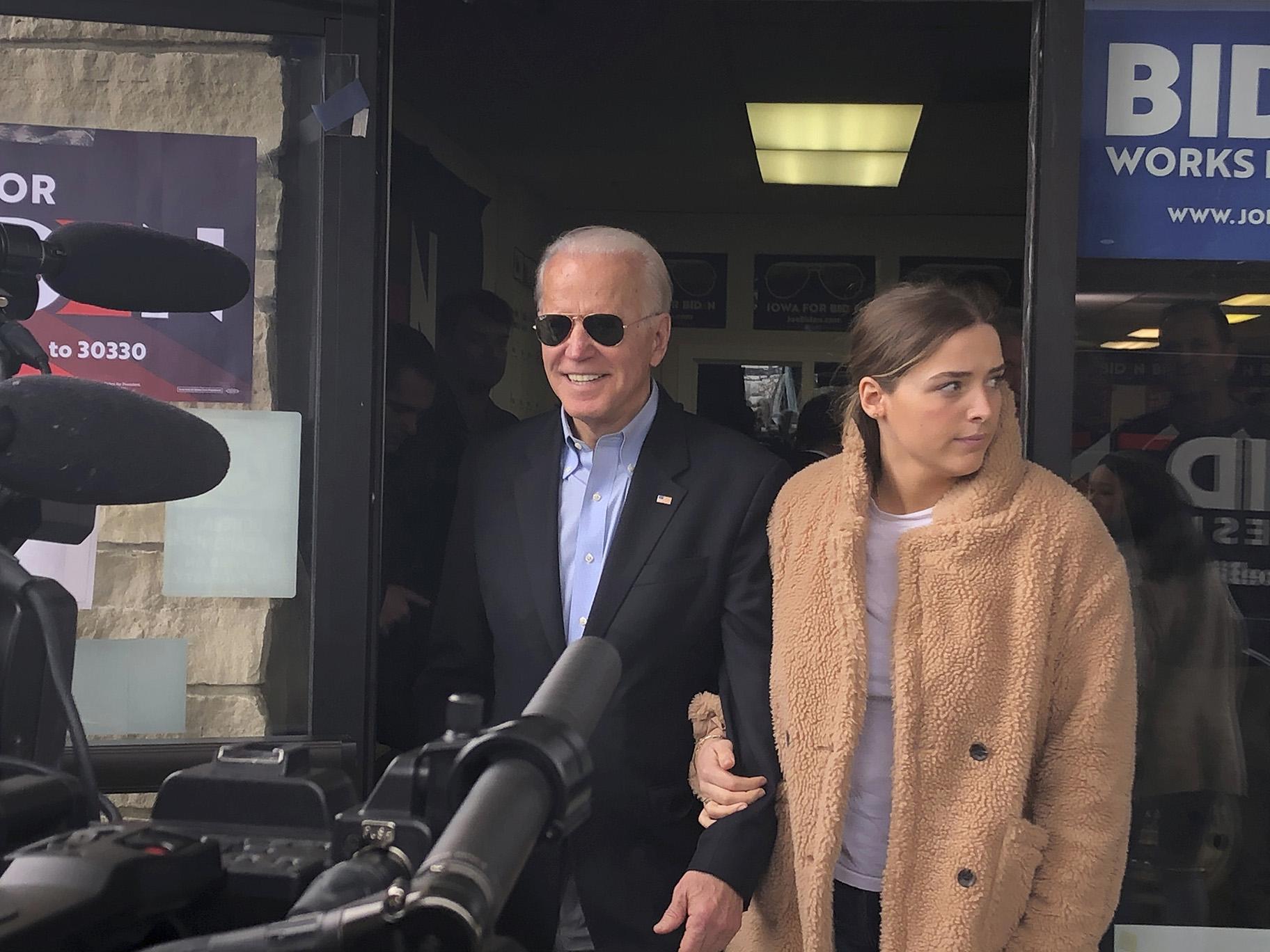 “I feel good,” he said as he walked in, sporting his signature aviator sunglasses.

Iowa offers just a tiny percentage of the delegates needed to win the nomination but plays an outsize role in culling primary fields. A poor showing in Iowa could cause a front-runner’s fundraising to slow and support in later states to dwindle, while a strong result can give a candidate much needed momentum.

The past several Democrats who won the Iowa caucuses went on to clinch the party’s nomination.

The 2020 fight has played out over myriad distractions, particularly congressional Democrats’ push to impeach Trump, which has often overshadowed the primary and effectively pinned several leading candidates to Washington at the pinnacle of the early campaign season. Even on caucus day, Sanders, Warren and Klobuchar were expected to spend several hours on Capitol Hill for impeachment-related business.

Meanwhile, ultrabillionaire Mike Bloomberg, the former mayor of New York City, is running a parallel campaign that ignores Iowa as he prepares to pounce on any perceived weaknesses in the field come March.

The amalgam of oddities, including new rules for reporting the already complicated caucus results, was building toward what could be a murky Iowa finale before the race pivots quickly to New Hampshire, which votes just eight days later.

With uncertainty comes opportunity for some campaigns.

Having predicted victory multiple times in recent weeks, Biden’s team sought to downplay the importance of Iowa’s kick-off contest the day before voting began amid persistent signs that the 77-year-old lifelong politician was struggling to raise money or generate excitement on the ground.

Biden senior adviser Symone Sanders said the campaign viewed Iowa “as the beginning, not the end,” of the primary process.

“It would be a gross mistake on the part of reporters, voters or anyone else to view whatever happens on Monday — we think it’s going to be close — but view whatever happens as the end and not give credence and space for New Hampshire, Nevada and South Carolina,” she said of the three states up next on the primary calendar.

The tone was noticeably more upbeat for Sanders’ campaign, which has repeatedly predicted victory and believes he’s running even stronger in New Hampshire. That’s despite increasingly vocal concerns from establishment-minded Democrats who fear the self-described democratic socialist would struggle against Trump and make it more difficult for Democrats to win other elections this fall.

The heated rhetoric underscores a dangerous rift between Sanders’ passionate supporters and other factions of Democrats who have clashed in recent days but must find a way to unite should they hope to defeat Trump in November.

New party rules may give more than one candidate an opportunity to claim victory, even if they aren’t the official winner.

For the first time, the Iowa Democratic Party will report three sets of results at the end of the night: tallies of the “first alignment” of caucusgoers, their “final alignment” and the total number of state delegate equivalents each candidate receives. There is no guarantee that all three will show the same winner.

The Associated Press will declare a winner based on the number of state delegates each candidate wins, which has been the traditional standard.

Although most of the attention will be on Democrats, Republicans will also hold caucuses on Monday. With no serious challenger for Trump and plenty of money to burn, his reelection team hopes to use voting in early states as a test run for its organizing prowess and to boost excitement for the president’s fall campaign. Trump held a rally in Iowa last week and dispatched surrogates to the state ahead of Monday’s vote.