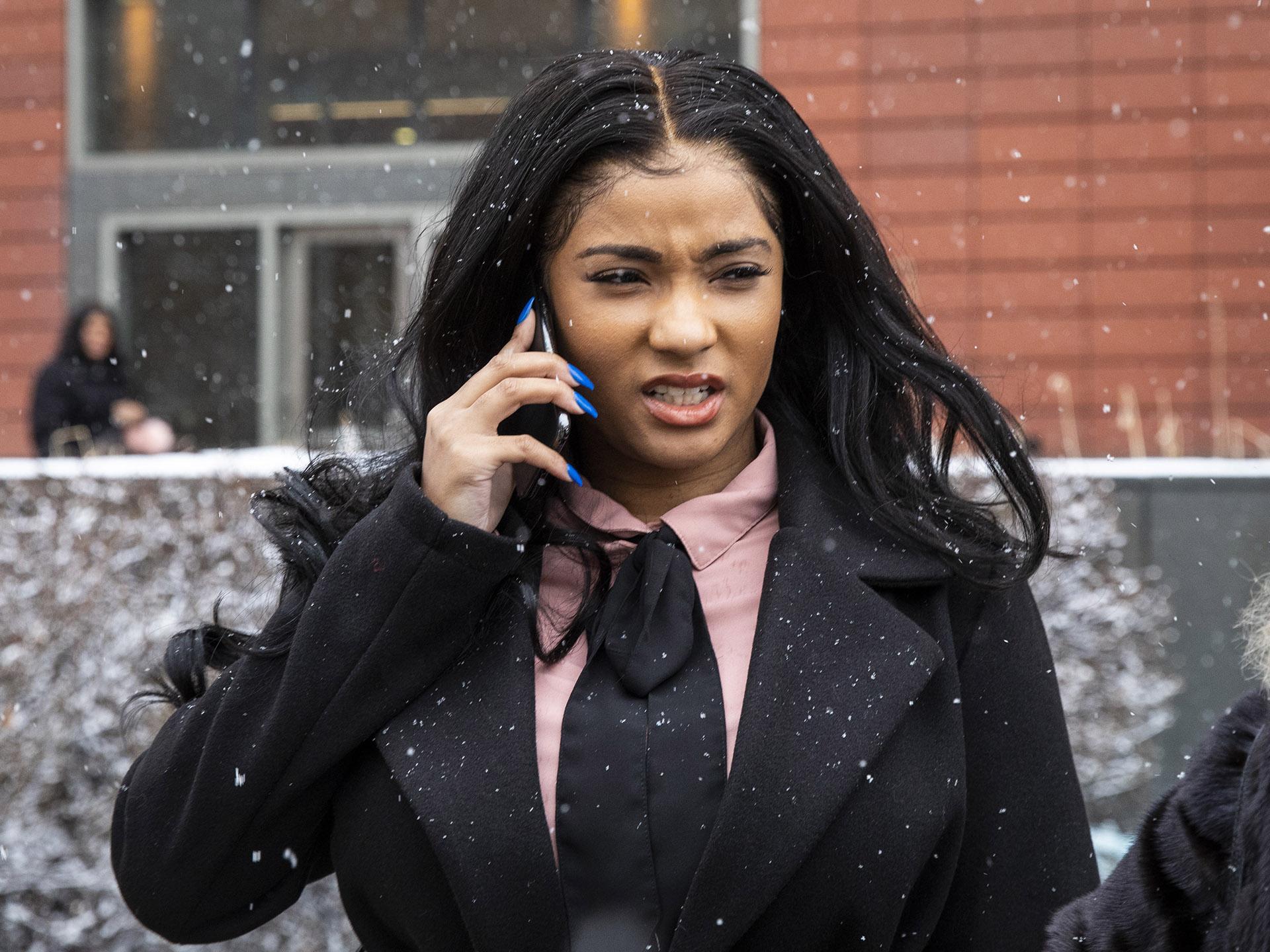 CHICAGO (AP) — A judge on Thursday agreed to allow a girlfriend of R. Kelly to retrieve her belongings from the singer’s home in Trump Tower in Chicago, where authorities say she assaulted one of Kelly’s other girlfriends earlier this month.

Joycelyn Savage was in court for a hearing concerning the misdemeanor domestic battery count against her, but the hearing was continued until next month because Azriel Clary, the woman she allegedly punched and kicked, was unable to attend.

Judge Megan Goldish agreed with a request by Savage’s attorney to allow Savage to return to the downtown Chicago high-rise for her things after confirming that Clary no longer lives there.

The incident occurred on Jan. 8. The 24-year-old Savage was taken into custody after allegedly punching and kicking the 22-year-old Clary in the face during a fight in the condo. Savage has pleaded not guilty and has been released from custody on her written promise to appear in court.

The two women were living with Kelly before he was arrested last year on state and federal sexual misconduct charges. Last year, the women shot down reports that Kelly had been holding them against their will.

Kelly, 53, faces federal charges in Chicago and New York and state charges in Illinois and Minnesota, and he remains jailed without bond in Chicago. He’s due to stand trial in April in Chicago on federal charges alleging, among other things, that he and two former employees paid off witnesses and victims to fix his 2008 child pornography trial. That April date may be pushed back.

Kelly also faces four separate indictments in Cook County on charges alleging that he sexually abused four women, including three who were minors at the time, during a roughly 10-year span that started in the late 1990s. The first of those cases is scheduled to go to trial in September, though it, too, might get delayed.