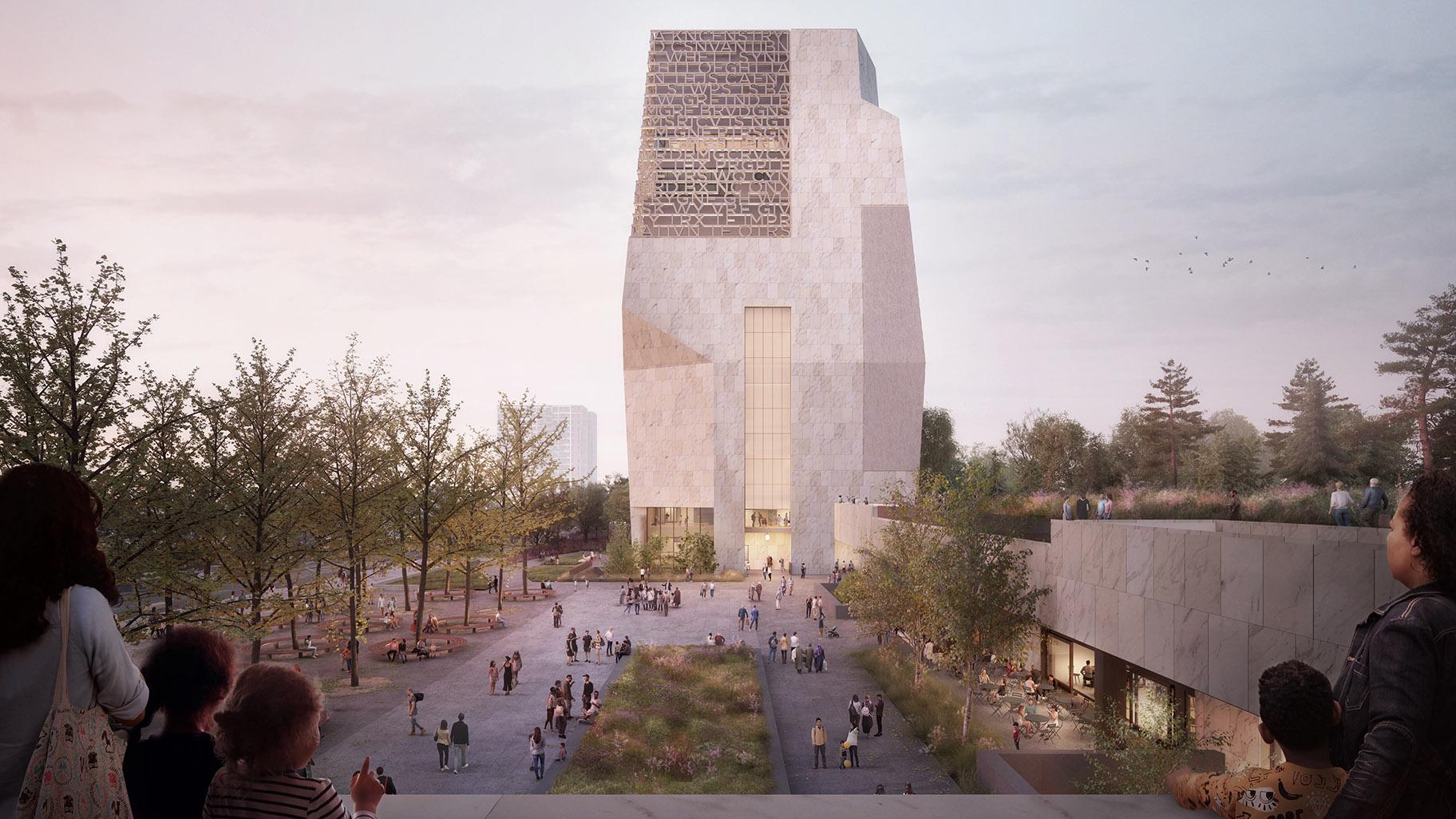 A rendering shows the north-facing view of the public plaza and Museum building, as viewed from the roof of the Chicago Public Library building. (Credit: The Obama Foundation)

A new report issued by Chicago’s Department of Planning and Development says the Obama Presidential Center will have an “adverse” impact on Jackson Park’s Historic Landscape District and the city’s historic Park Boulevard System.

But it concludes the impact would not be so severe as to disqualify the boulevard system from being listed on the National Register of Historic Places. The boulevard system encompasses around 26 miles of roadway and eight parks, including Logan Square, Palmer Square and the Midway Plaisance at the University of Chicago. 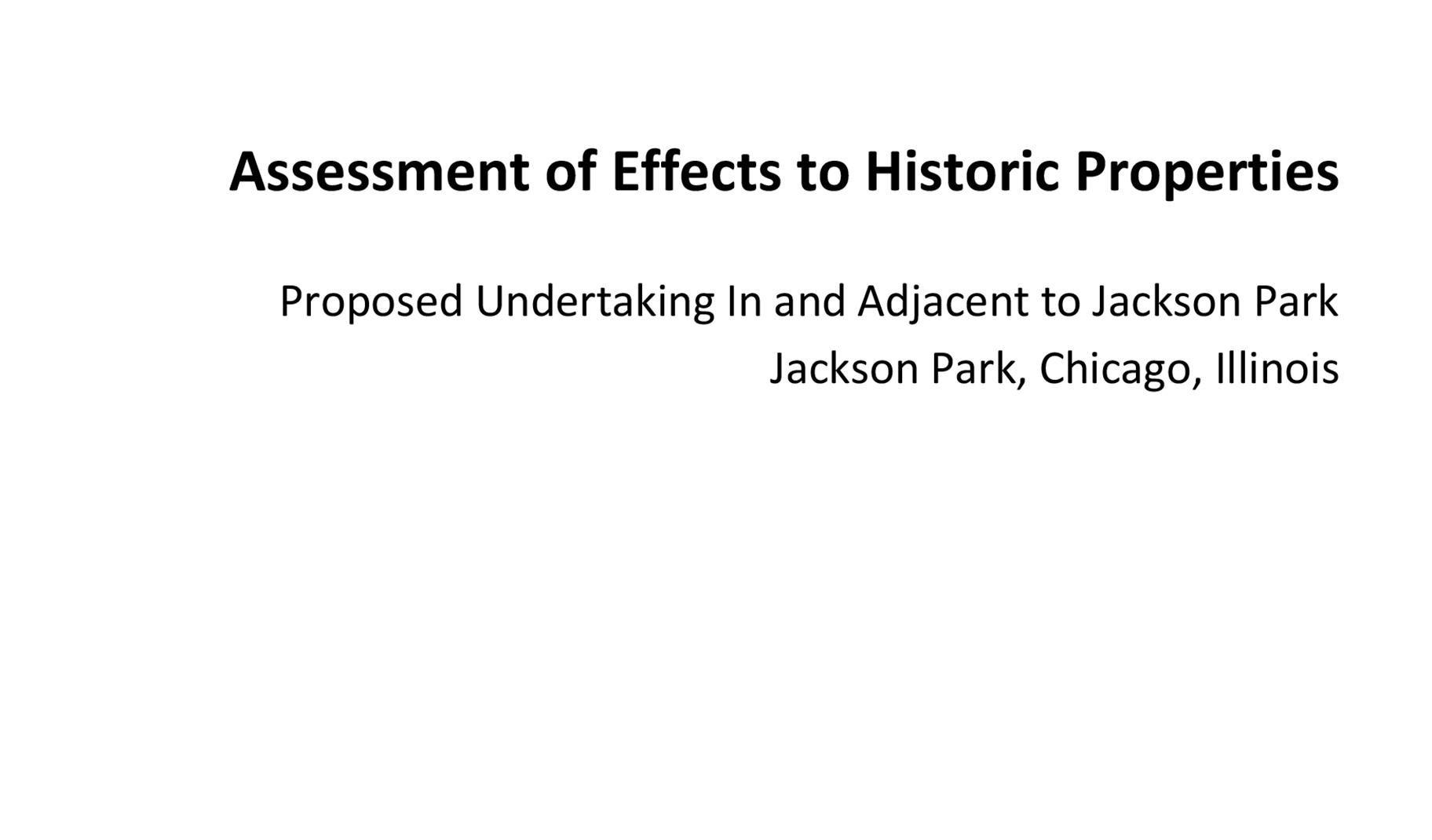 Document: Read the report. The report, called the “Assessment of Effects to Historic Properties,” was released Thursday by the city and intended for the Federal Highway Administration, the National Park Service, the Army Corps of Engineers and the Illinois Department of Transportation. Those federal agencies will use the report as a guidepost as they wade through several reviews of the Obama center proposal before it can break ground in Jackson Park.

Complicating the project is its proposed location within protected parkland and the elimination of a portion of Cornell Drive to the east of Stony Island Avenue. Representatives of the project have said in the past they hope to start construction this year.

The Chicago City Council has already approved the center’s construction and changes to area roadways. Under the plan, Cornell Drive will close between 59th and 63rd streets and be replaced with green space that will form part of the campus of the presidential center.

The report comes as Mayor Lori Lightfoot proposes to stem displacement that could come from rising property values around the presidential center. Lightfoot has proposed setting aside all city-owned property around the area for affordable housing.

Some neighborhood groups have advocated signing a community benefits agreement with the Obama Presidential Center that would, among other things, ensure more affordable housing.