For fans of comics and graphic novels, he is a superstar. But the artist Chris Ware lives a low-key life just outside Chicago.

WTTW visited Ware in his home-studio and met an engaging comic book artist with an unusual eye for everyday life.

Chris Ware, artist: I think there’s something about Chicago, there’s something about the Midwest, that not only suits cartooning, both as a – I mean I frequently make a joke that its halfway between the coasts of reading and seeing with “seeing” being LA and “reading” being New York – but there’s also sort of a native modesty to the Midwest that suits cartooning and suits the sort of solitude that it demands. 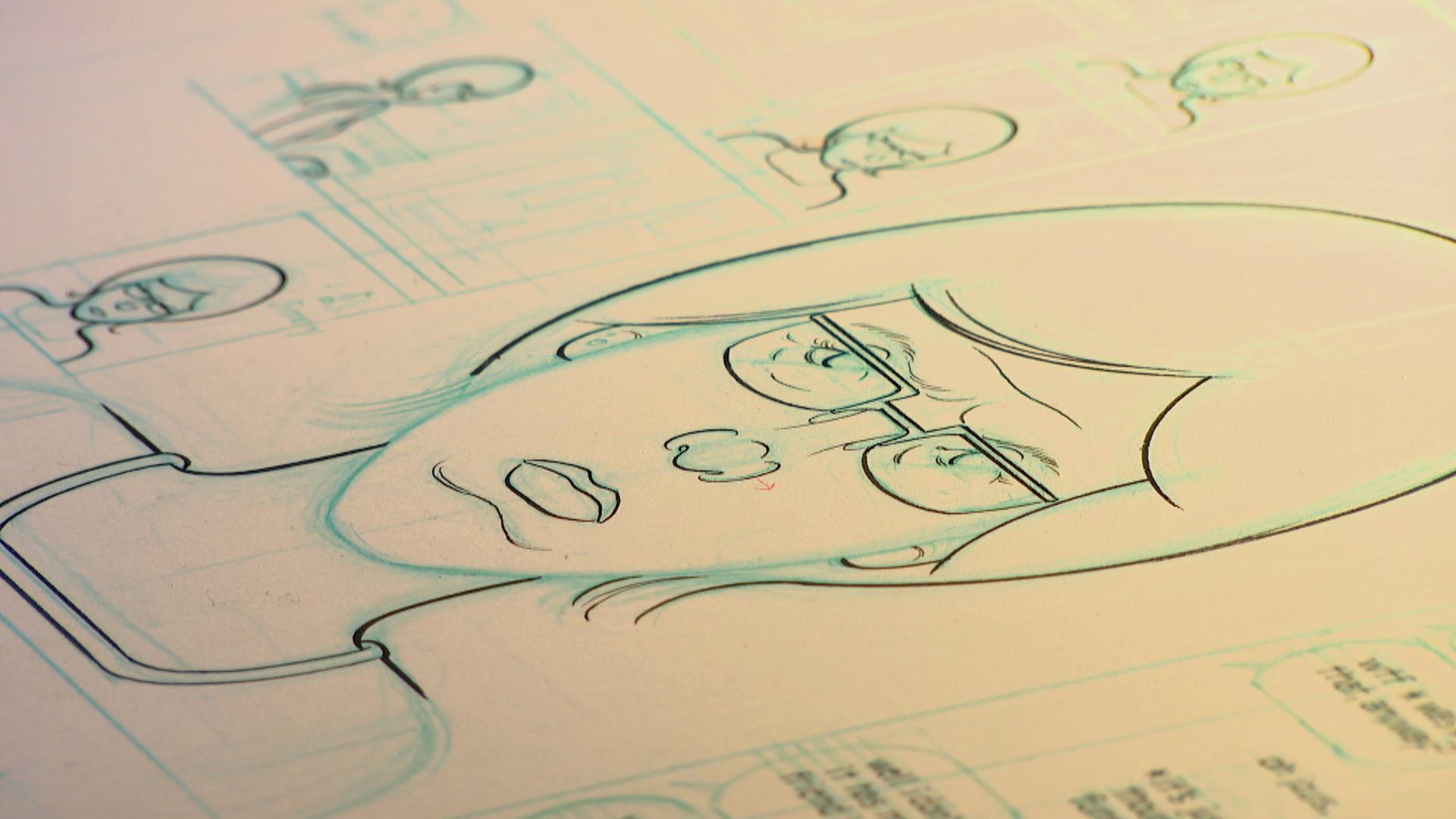 Friedman: His books are painstakingly handmade without any studio assistants.

Ware: It’s an isolated effort of concentration and memory and focus and I’m not having to answer to anyone other than myself, so if it’s bad it’s entirely my fault and I’m, I’m completely to blame if it’s no good.

Friedman: Born in Nebraska, Ware studied at the School of the Art Institute.

For 30 years, he has chronicled the adventures of American misfits in series including “Jimmy Corrigan: The Smartest Boy on Earth” and “The Acme Novelty Library.” 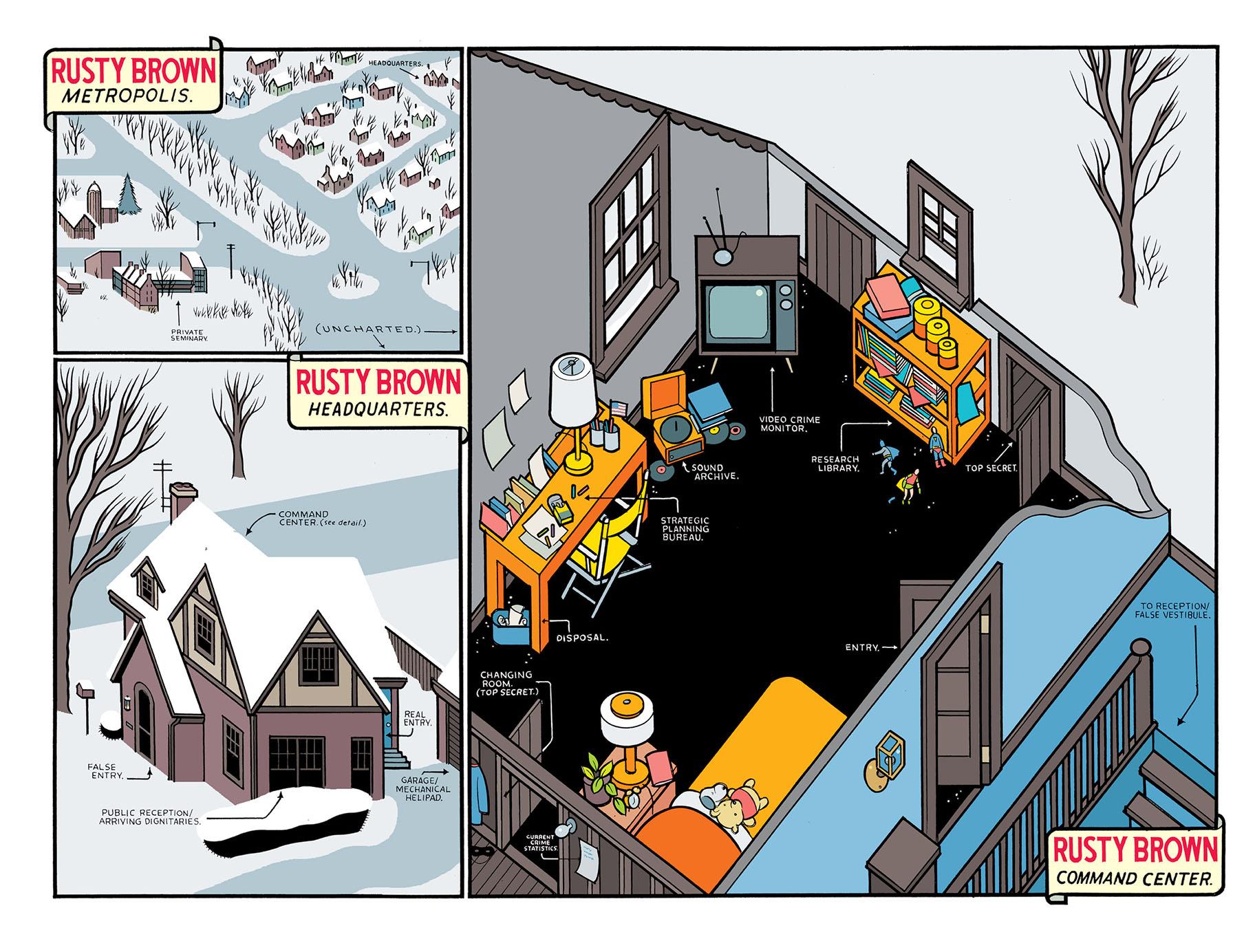 He worked on his latest epic, “Rusty Brown,” for 16 years.

Ware: Life is a long time. You know that was part of the idea is that it would be something I’d work on for the majority of my healthy time on earth.

I wanted to try to capture that sensation of holding stories within you and retelling them to yourself over and over again and that kind of weird dislocation that you get when you think about, “Oh geez, that was 30 years ago that that happened but it feels like it just happened.”

Friedman: His home is a mini museum of popular culture from other eras.

He also makes sculptures of the many characters who populate his works. 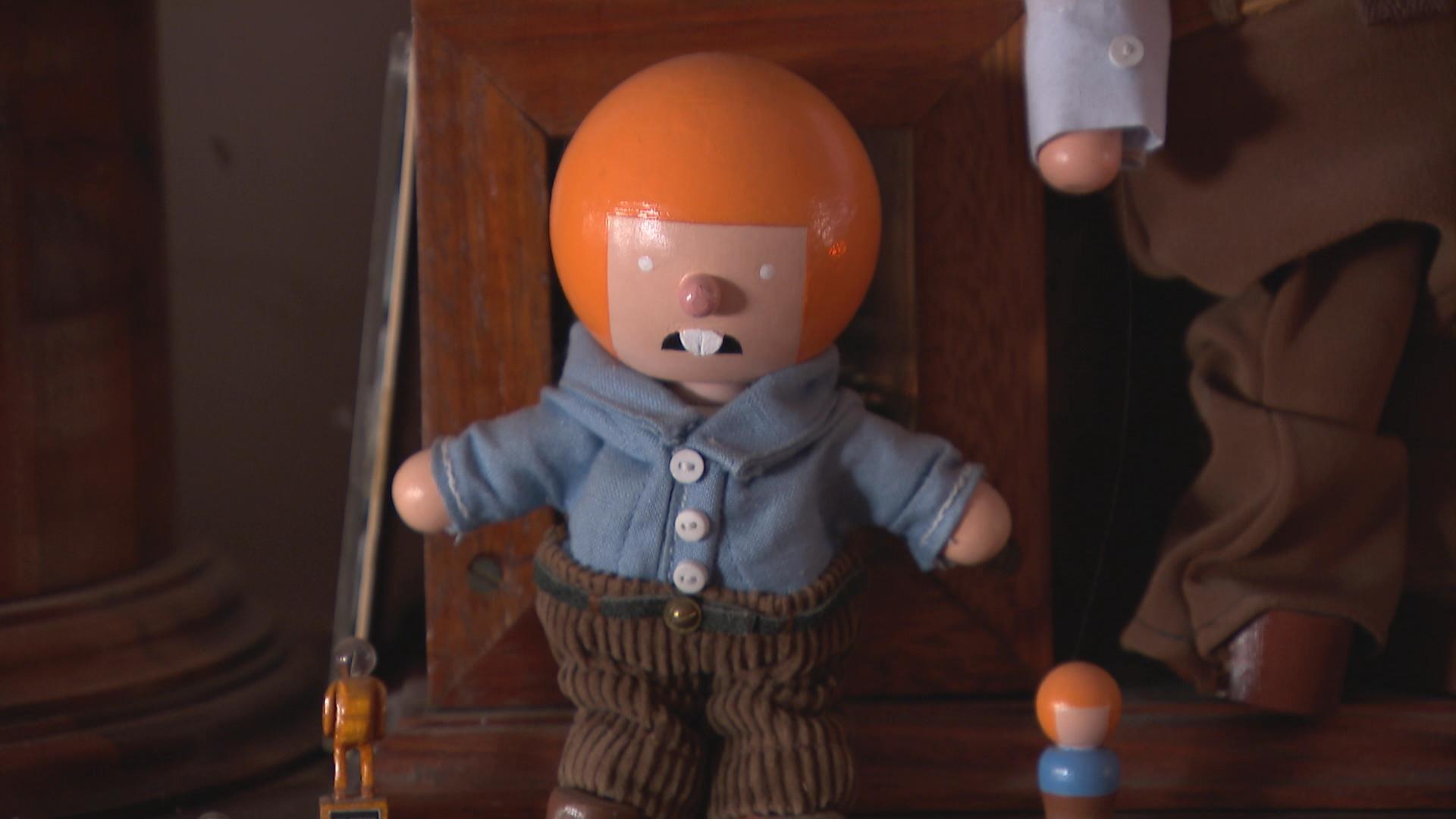 Ware: So much about drawing comics is looking at another person on the page and trying to see both into them and through them.

I try to write from the inside of other people rather than myself, insofar as those other people, of course, are completely imaginary. But I think as human beings that’s kind of our role is to kind of inhabit other people at various times of the day in our lives to try and understand them. That’s just what we do.

Friedman: One unpleasant character in his latest book looks like him and is named Chris Ware. 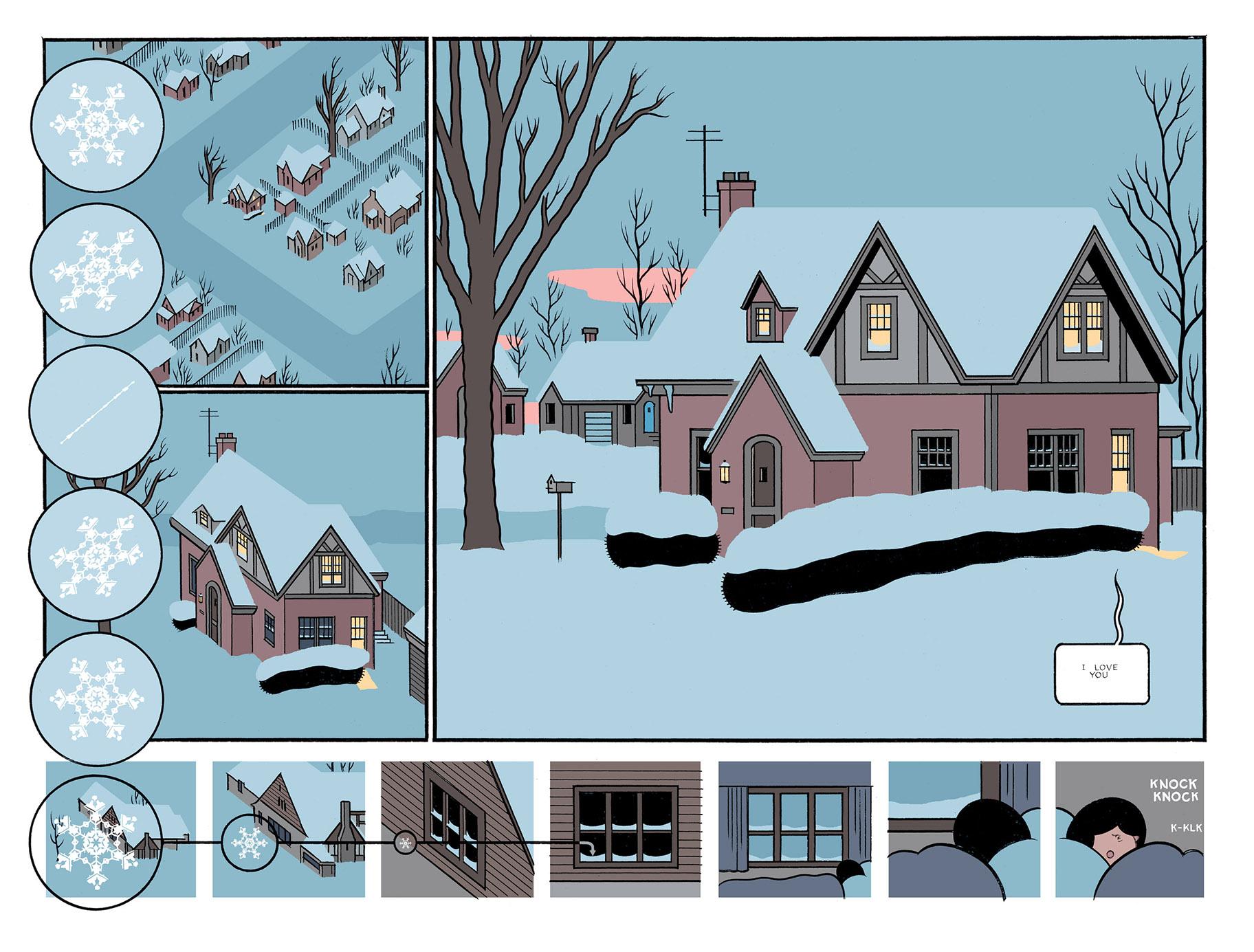 Ware: Well, I needed a jerk and I was available.

I thought if there’s gonna be a really terrible person in the story, he might as well look like me. But it’s not me. It just my name and it happens to look like me. I mean, what is “me” anyway? What is anybody when they think of “me”?

Friedman: When he’s not writing and drawing ambitious graphic novels, he makes covers for The New Yorker magazine.

As a person who has spent his life in cartooning, Ware is philosophical about his art of choice. 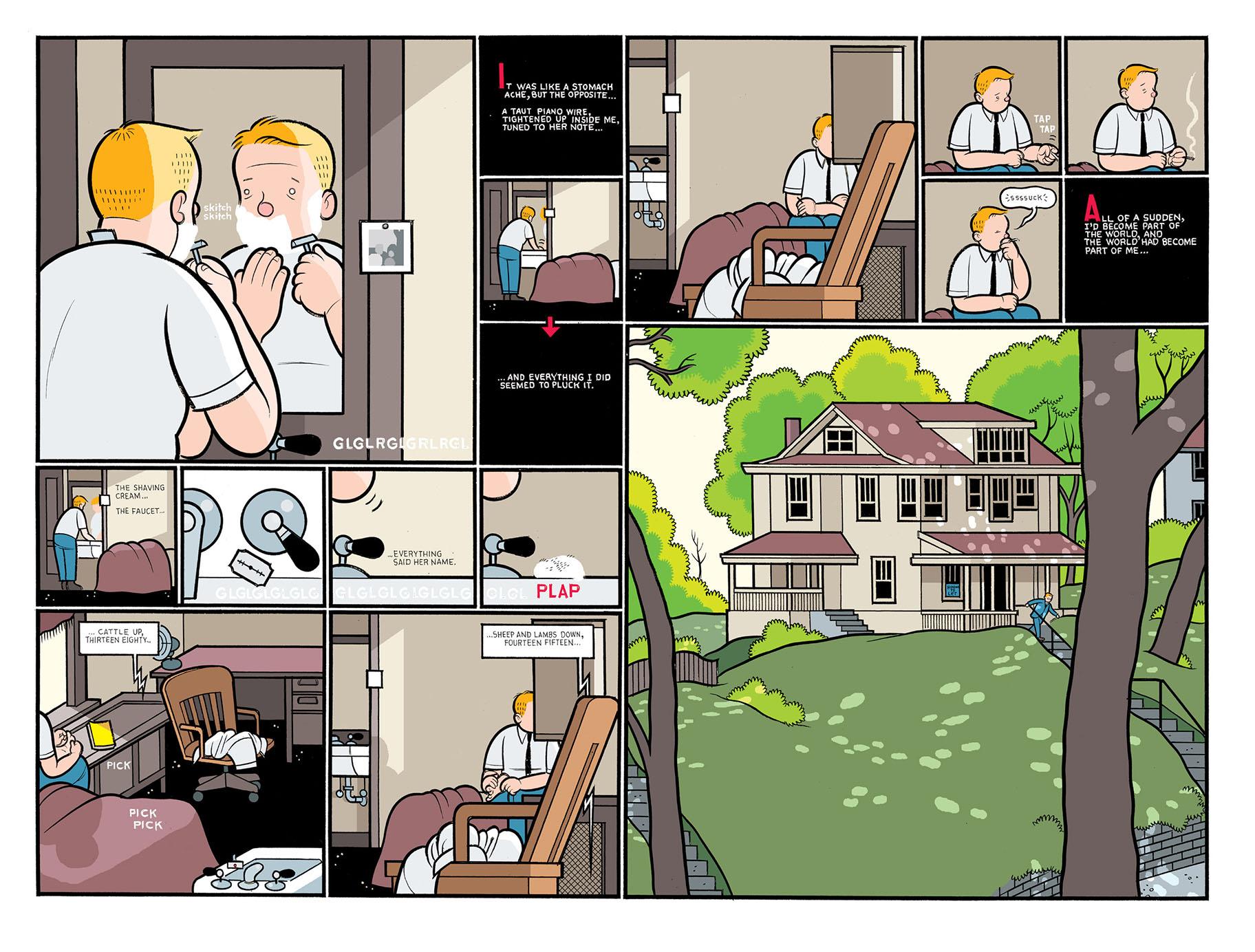 Ware: To me comics are the medium that I think most approximates the way we remember and kind of process the world.

We may not think specifically in images but we think in both language and image, and at a certain point in our minds, images become a kind of language, so to me there’s something within comics that kind of captures that translucency of the image language …

The fundamental result of comics is to produce a sort of music in the mind, I think.

I always thought I’d just work at a book store or be the guy in the art supply store that people would point to and say, “Oh look he’s the weird cartoonist dude who’s doing that long book that nobody’s going to read. Don’t talk to him, there’s something wrong with him.” But I got lucky.

I became, I guess, what one would call a professional artist. I still don’t know exactly how it happened. It was a combination of luck and effort, I guess, which is kind of like what all of life is.

I feel extraordinarily lucky and grateful. I’m a barnacle on the whale skin of society and I feel very privileged to be there. 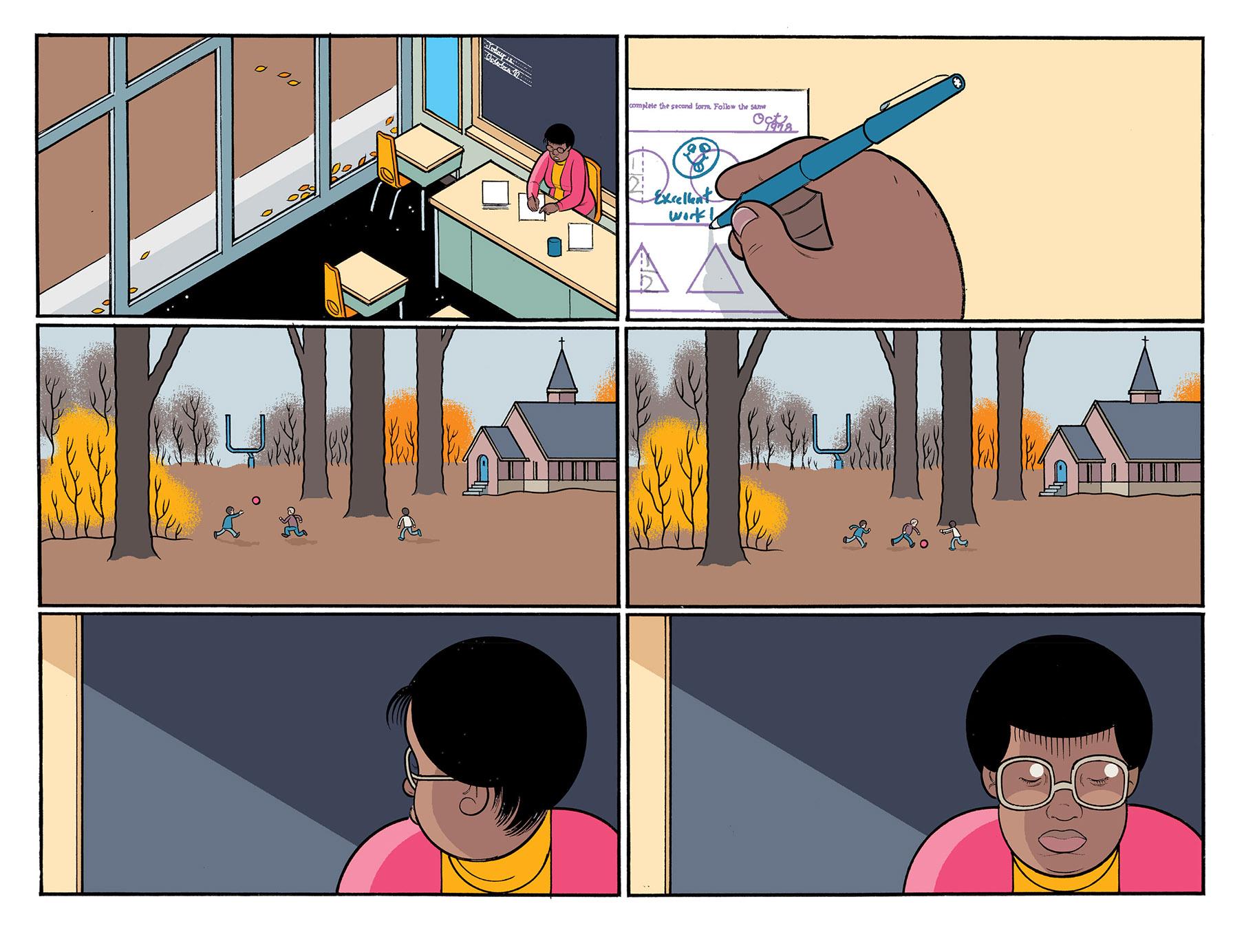