Prince Harry and Meghan to ‘Step Back’ as Senior UK Royals

Video: A conversation with Robert Bucholz, a professor at Loyola University Chicago, who specializes in the history of Great Britain.

LONDON (AP) — Prince Harry and his wife, Meghan, say they plan “to step back” as senior members of Britain’s royal family, a stunning announcement that underscores the couple’s wish to forge a new path for royals in the modern world.

A statement issued Wednesday evening by Buckingham Palace, described as “a personal message from the Duke and Duchess of Sussex,” said Harry and Meghan intend to become financially independent” and to “balance” their time between the U.K. and North America.

“After many months of reflection and internal discussions, we have chosen to make a transition this year in starting to carve out a progressive new role within this institution,” the statement said. “We intend to step back as ‘senior’ members of the royal family and work to become financially independent, while continuing to fully support her majesty the queen.”

The 35-year-old Harry, the youngest son of Prince Charles and the late Princess Diana, is Queen Elizabeth II’s grandson and sixth in line to the British throne. With his ginger hair and beard, he has become one of the royal family’s most popular members. 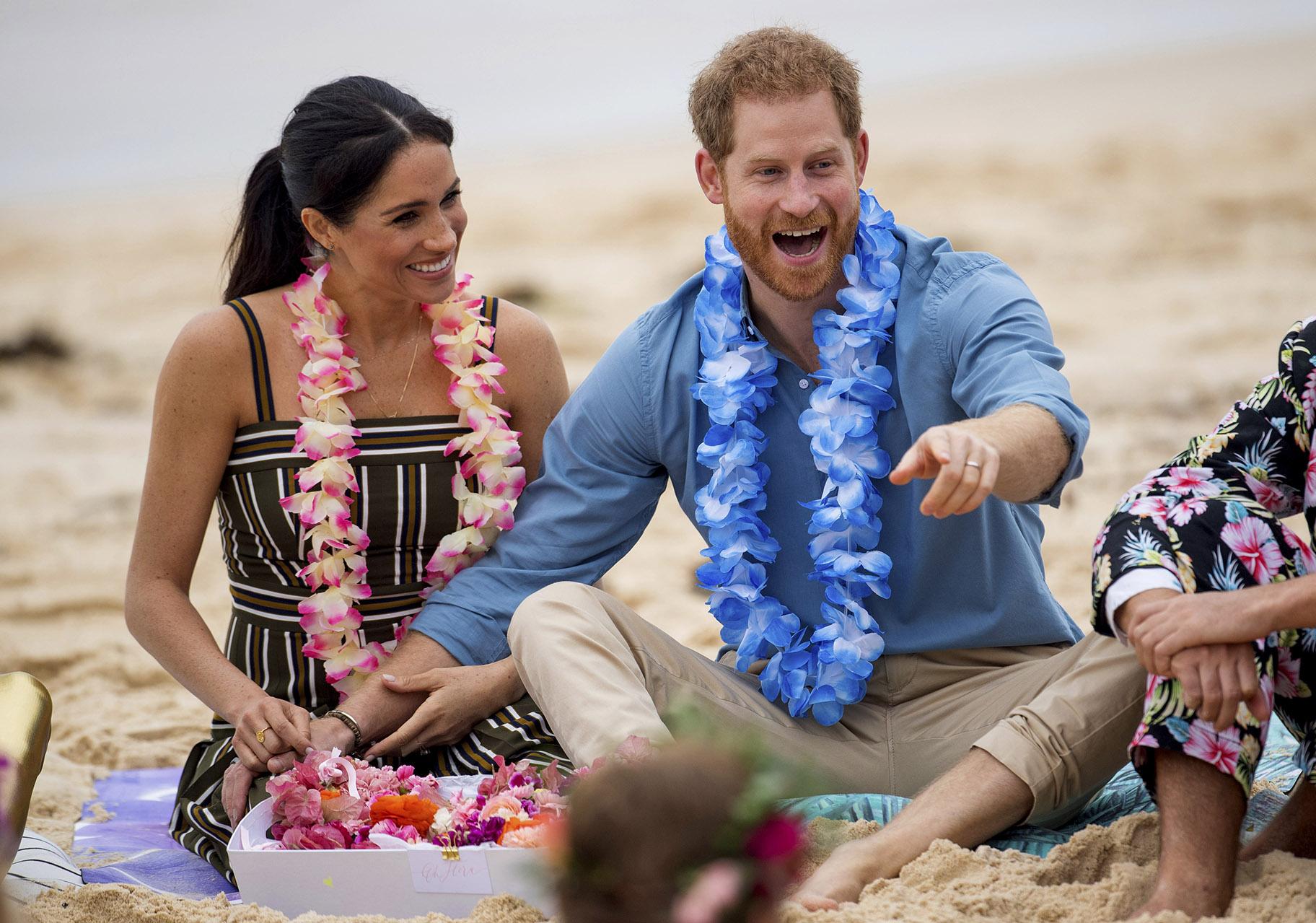 In this Friday, Oct. 19, 2018 file photo, Britain’s Prince Harry and Meghan, Duchess of Sussex, meet with a local surfing community group, known as OneWave, raising awareness for mental health and wellbeing in a fun and engaging way at Bondi Beach in Sydney, Australia. (Dominic Lipinski / Pool via AP)

Before marrying the prince in a royal wedding  watched around the world in 2018, the 38-year-old Duchess of Sussex was an American actress known as Meghan Markle and a star of the TV show “Suits.” The couple’s first child, Archie, was born in May 2019.

In their statement, the couple did not reveal where in North America they plan to make a second home, but they cited their baby as a reason why they decided to live part of their time outside Britain.

“This geographic balance will enable us to raise our son with an appreciation for the royal tradition into which he was born, while also providing our family with the space to focus on the next chapter, including the launch of our new charitable entity,” it read.

Hours later, Buckingham Palace issued a second statement, hinting that the first had caught some in the royal household by surprise. The statement said discussions with the Duke and Duchess of Sussex were “at an early stage.’’

“We understand their desire to take a different approach, but these are complicated issues that will take time to work through,’’ it read.

Harry and his family skipped the queen’s traditional Christmas gathering at her Sandringham country estate last month to visit Canada and to see Markle’s mother, who lives in California. Meghan grew up in Los Angeles and lived in Toronto while filming “Suits.” 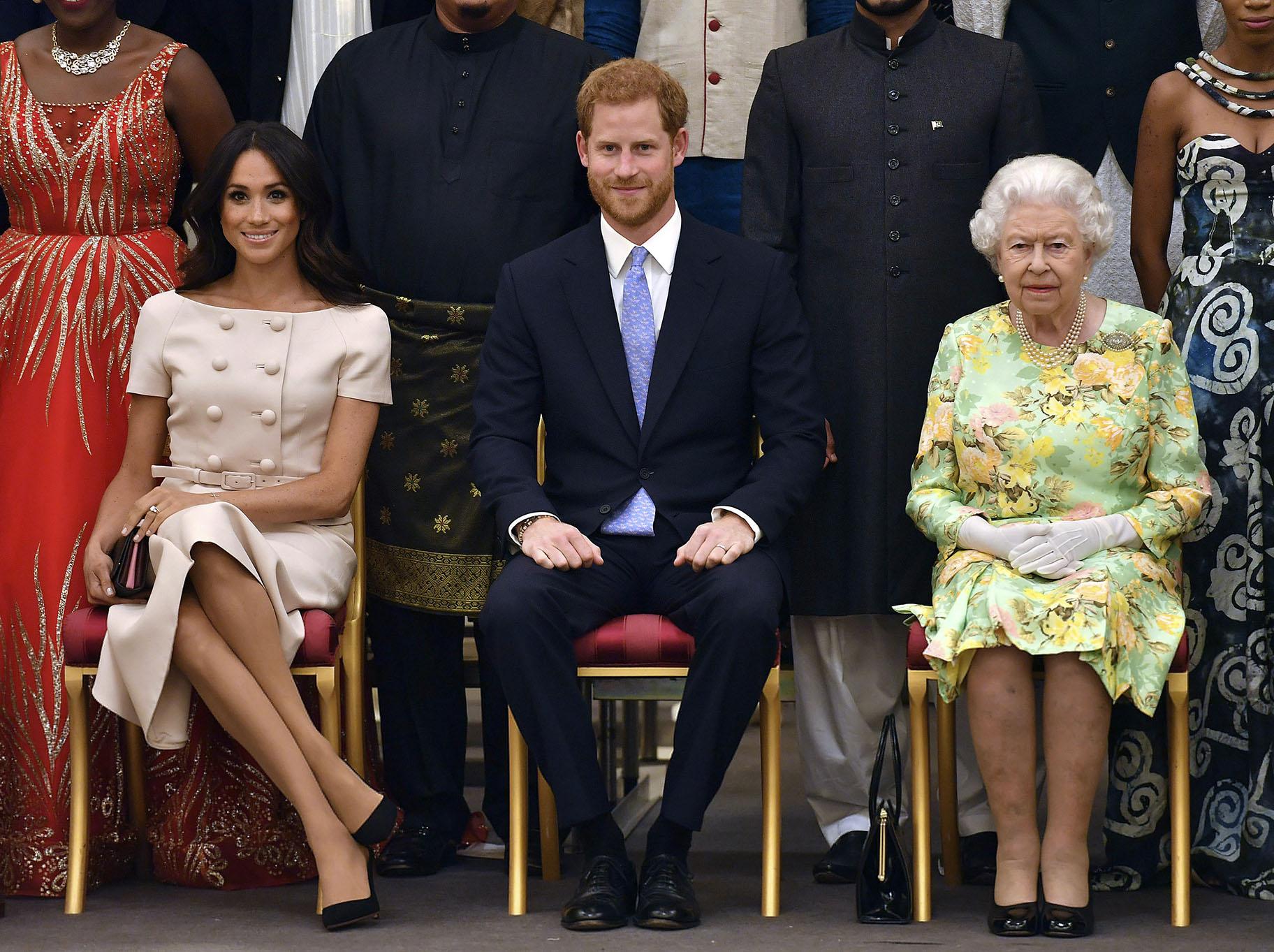 The message about the couple’s plans also appeared on their official Instagram feed, along with a link to a website, sussexroyal.com, where followers could find more information.

The website elaborated on why they are seeking financial independence from the monarchy’s funding mechanism, known as the “Sovereign Grant.” A page on the site states the grant they are forsaking covers just 5% of the costs for the duke and duchess and is used for their official office expenses.

Meghan and Harry “value the ability to earn a professional income, which in the current structure they are prohibited from doing,” the website states. “Their Royal Highnesses feel this new approach will enable them to continue to carry out their duties for Her Majesty the Queen, while having the future financial autonomy to work externally.

As an actress and a human rights activist, the duchess was accustomed to media attention before her marriage, but she has made no secret that the transition to being a global celebrity and part of Britain’s royal family was difficult.

The royal couple particularly took issue with their treatment at the hands of the British tabloids, whose aggressive coverage of all things royal is legendary.

In October, Meghan sued a newspaper for copyright infringement for publishing a letter she wrote to her estranged father. Later that month, Harry brought his own claim against two of the most popular tabloids over alleged hacking of phone voicemail messages.

The prince also lashed out at the British media for its treatment of Meghan, accusing the press of hounding his wife the same way it did his mother. Princess Diana died in a 1997 car crash while trying to elude paparazzi in Paris.

“My deepest fear is history repeating itself. I’ve seen what happens when someone I love is commoditized to the point that they are no longer treated or seen as a real person. I lost my mother and now I watch my wife falling victim to the same powerful forces,” Harry said.

The royal couple revealed their struggles with the media during an ITV documentary “Harry & Meghan: An African Journey,” which followed them on their autumn tour of Southern Africa. Both said they had struggled with the spotlight and that much of what was printed about them is untrue. 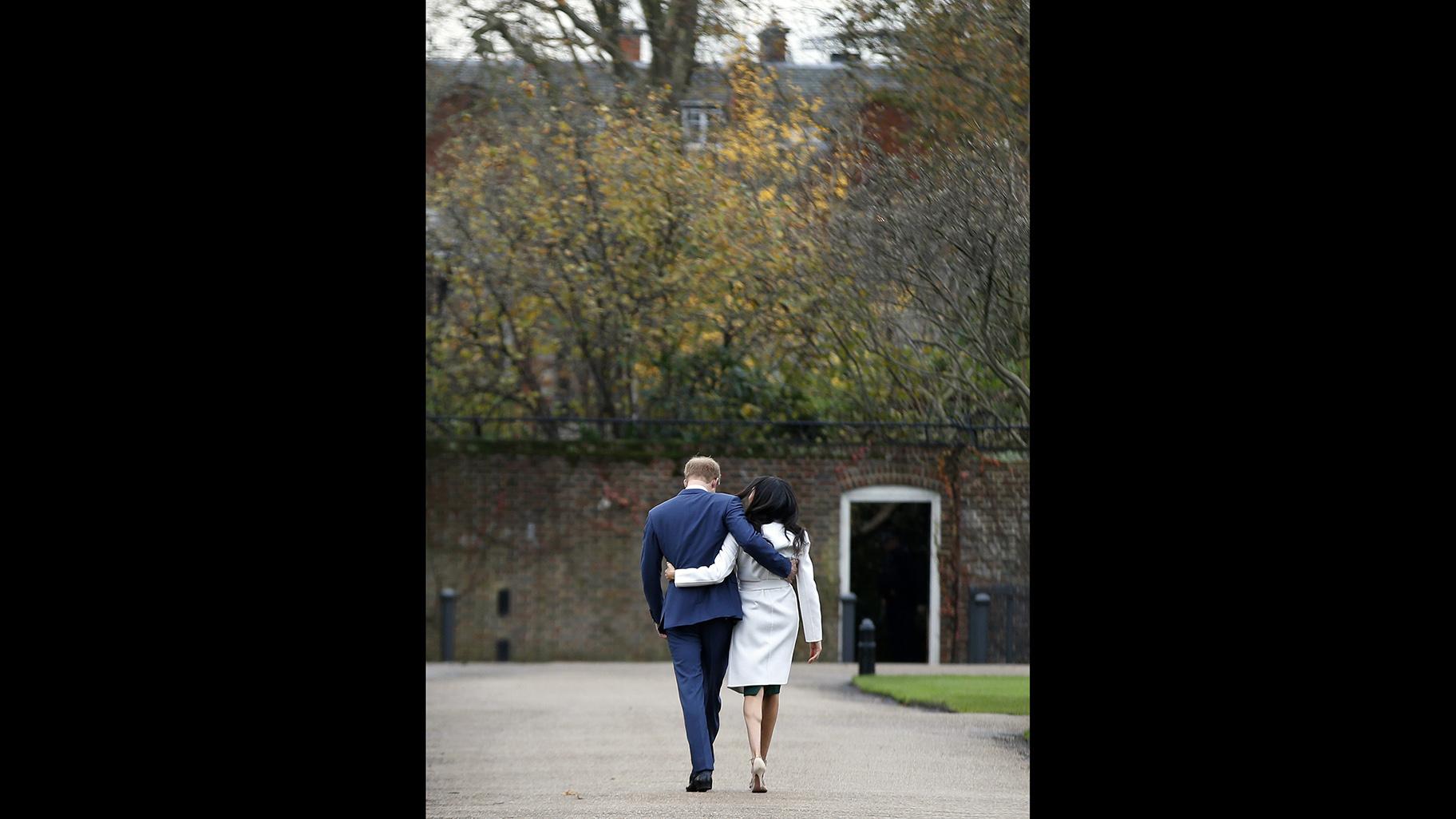 In this Monday Nov. 27, 2017 file photo, Britain’s Prince Harry and Meghan Markle walk away after posing for the media in the grounds of Kensington Palace in London. (AP Photo / Alastair Grant, File)

The duchess told ITV that her British friends warned her not to marry the prince because of the intense media scrutiny that would follow in his country. But the U.S. television star said she “naively” dismissed the warnings, because as an American she didn’t understand how the British press worked.

“I never thought this would be easy, but I thought it would be fair. And that is the part that is hard to reconcile,” Meghan said. “But (I) just take each day as it comes.”

The duchess said the pressure was aggravated by the fact that she went quickly from being a newlywed to being pregnant and then a new mother.

The British media have also made much of an alleged rift between Harry and his older brother, Prince William, who is second in line to the throne. Harry and Meghan last year opted out of living at Kensington Palace in London, where William and his family lives, and moved to a Frogmore Cottage at Windsor.

In the ITV interview, Harry acknowledged there have been some differences between him and the 37-year-old William, although he said most of what has been printed about a rift between the two brothers has been “created out of nothing.” 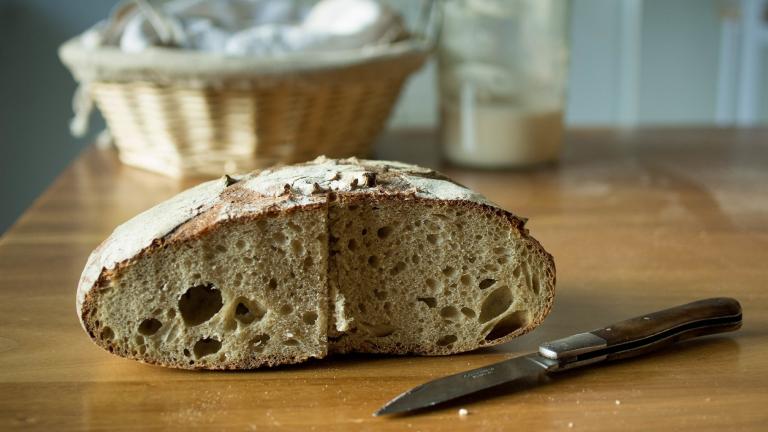 It Takes a Village to Bake a Loaf of Bread: Neighbors Swap Sourdough Starter 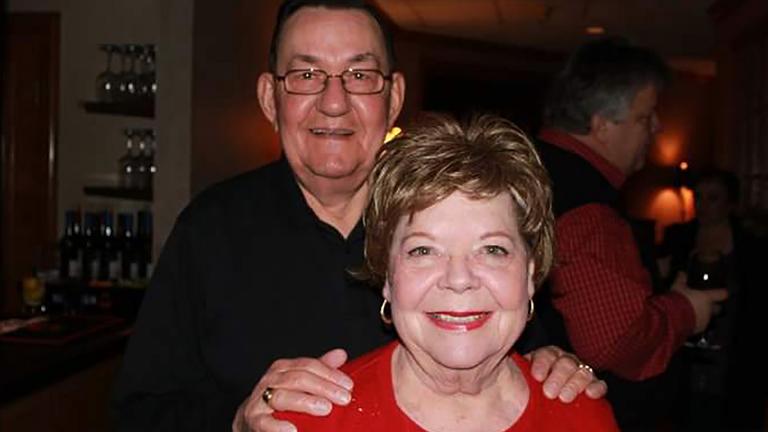 Grieving and Saying Goodbye in the Time of Coronavirus 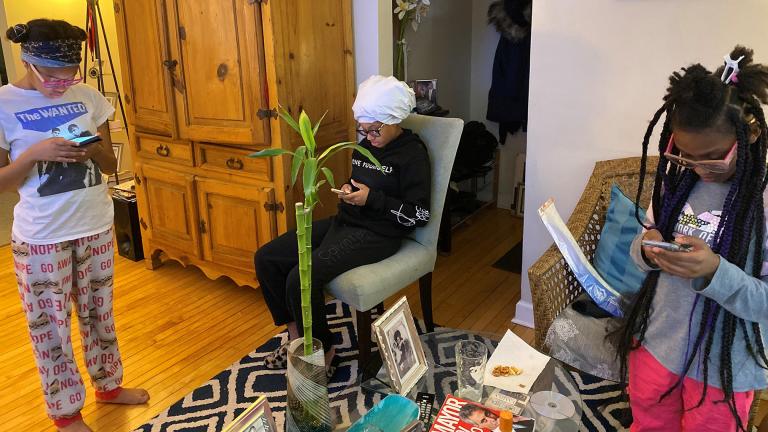 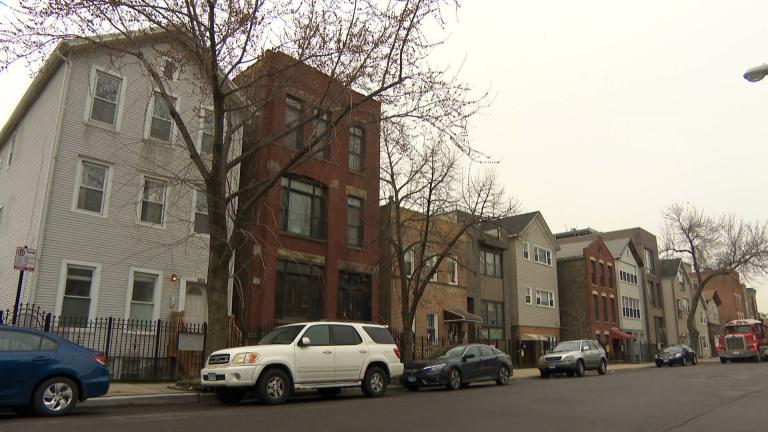