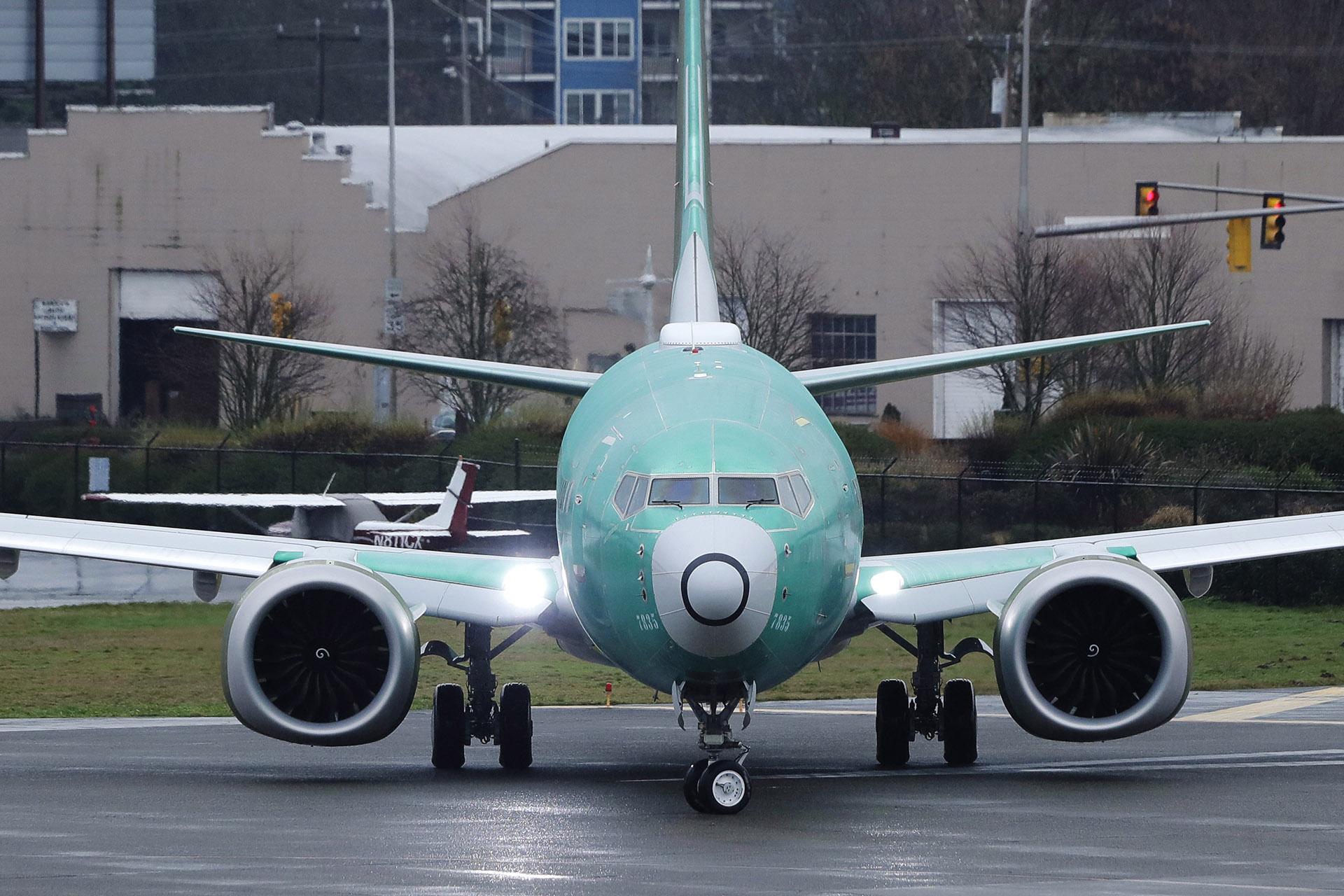 In this Dec. 11, 2019, file photo, a Boeing 737 Max airplane being built for Norwegian Air International turns as it taxis for take off for a test flight at Renton Municipal Airport in Renton, Washington. (AP Photo / Ted S. Warren, File)

DALLAS (AP) — The list of items Boeing could be forced to fix before federal safety officials let the grounded 737 Max airliner fly again has grown to include a problem with electrical wiring used for the plane’s controls.

Separately on Monday, the financial damage to Boeing from the airplane crisis came into sharper focus as American Airlines said it has reached agreement over compensation from the plane maker for thousands of flights it canceled because its Max jets were grounded most of the year.

American did not say how much it will receive but said it will give $30 million to employees as profit-sharing. American estimated in October that the Max grounding would cost it $540 million in pretax income for all of 2019.

Aeromexico said it too settled with Boeing but declined to release details. The airline has six Max jets.

The wiring issue came to light after the Federal Aviation Administration asked Boeing to audit key systems on the Max after two crashes in which new software and faulty sensors were implicated. During that review of changes Boeing is making to the plane, Boeing discovered that bundles of electrical wiring were too close together and — at least in theory — raised the potential for a short circuit that could cause pilots to lose control of the plane.

“We identified this wiring-bundle issue ... and we are working with the FAA to perform the appropriate analysis,” said Boeing spokesman Gordon Johndroe.

The company said, however, it is too soon to know whether it will need to make any design changes, such as moving the wiring bundles farther apart. Boeing says it believes that other safeguards, including circuit breakers and insulation around the wiring, could be sufficient to prevent a short-circuit from leading to another crash.

The discovery of the wiring issue was first reported by The New York Times.

Boeing built and delivered nearly 400 Max jets to airlines before the plane was grounded in March after two crashes that killed 346 people. Since then, another 400 or so Max jets have rolled off the assembly line, although they can’t be sent to airlines.

Boeing engineers have finished changes to a key software system called MCAS that was activated by faulty sensors in each crash, firmly pushing the noses of the planes down, a condition called runaway stabilizer.

The recent review of changes to the Max raised the question whether a wiring short circuit could also cause a runaway stabilizer.

Boeing has been working for more than a year to fix MCAS, which was designed partly to prevent the plane from aerodynamic stalls that could cause it to fall from the sky. Boeing is making the system less powerful and linking it to two sensors instead of one for extra protection against the kind of sensor failures that occurred before the crashes in Indonesia and Ethiopia.

Separately, in June FAA test pilots were able to cause a failure of flight computers on the Max during a simulator test.

It is unclear when the Max will be cleared to fly. On Monday, FAA spokesman Lynn Lunsford repeated the agency’s position that it has no timetable for reviewing the plane. He said the FAA and Boeing are analyzing findings from the recent review of Boeing’s changes to the plane, and “the agency will ensure that all safety related issues identified during this process are addressed before the aircraft is approved for return to passenger service.”

The FAA has not yet decided whether to require that Max pilots train on flight simulators before carrying passengers. That would cause another long delay in the plane’s return. For one thing, there are only a handful of Max simulators, while Southwest has nearly 10,000 pilots who fly the Max and other versions of the 737; American has 4,200.

Southwest Airlines, which has 34 Max planes, the most of any carrier, announced last month that it reached a deal on partial compensation from Boeing and will share $125 million of the undisclosed amount with employees. United Airlines has not announced a settlement.

Before the grounding, the Max was Boeing’s best-selling plane, with nearly 5,000 unfilled orders. However, Boeing will stop production temporarily in mid-January, affecting about 3,000 employees in the Seattle area. On Monday, the company began notifying them whether they will move or change jobs. Boeing promises to avoid layoffs or furloughs.

The crisis cost former Boeing CEO Dennis Muilenburg his job. He was ousted last month and will be replaced next week by David Calhoun, a private-equity executive who once ran General Electric’s jet-engine business and has served on Boeing’s board since 2009, most recently as chairman.