These days, when we have a pressing concern or random question, most of us turn to the internet for a quick answer.

But before search engines and Wikipedia, where could Chicagoans go when they needed to know something fast?

Geoffrey Baer tells the story behind a popular information service once run by the Chicago Tribune.

I can remember when the Chicago Tribune at one time offered a free of charge information service. Do I remember correctly? I think you could call a certain number and ask any question.

People could call the offices in downtown Chicago to get everything from the latest Cubs scores to information about schools and city services. But you could also ask any random question … similar to how we use search engines today.

A bureau employee would consult the Tribune’s reference files, or direct callers to sources who could help – all free of charge, as Rita remembers.

The call service was launched in 1923, back when the Tribune promoted itself as the World’s Greatest Newspaper. You could also stop by its office in the Loop – this was a few years before the paper moved into Tribune Tower on Michigan Avenue, which it has since moved out of.

Advertisements for the service promised to provide readers with information about “any subject they desire.” That included everything from highway routes and hotel rates to the “mean temperature for May at the North Pole,” according to an early ad.

The bureau also operated a lost and found service and would post notices in the paper about missing pets and jewelry, among other things. And get this: it even offered advice for people filing their income taxes!

The service grew exponentially in its early years. The Tribune said in 1924 more than 500,000 people used the office; that figure doubled to more than a million in 1925.

The Public Service Bureau also sold a wide variety of informational pamphlets and merchandise. Many were promotional, like the “History of the Chicago Tribune,” “The Tribune Cook Book” and something called “Trees to Tribunes,” which showed readers how the newspaper made its way from “Canadian forests to the front porch.”

That booklet was actually turned into a film in the 1930s.

So why did the Tribune offer this service in the first place?

Early on, the Tribune described the information bureau as a point of “personal contact” between the newspaper and its readers – a sort of benevolent civic service.

But the paper also hoped the service would lead to more advertisers. Readers could call the bureau to find out where to purchase products or brands advertised in the Tribune.

By the 1970s the paper’s public service office was primarily advertised as a resource for travel and school information. A version of the bureau lived on until at least the early 1990s, operating as the Tribune’s store, which sold items like t-shirts and famous front pages. 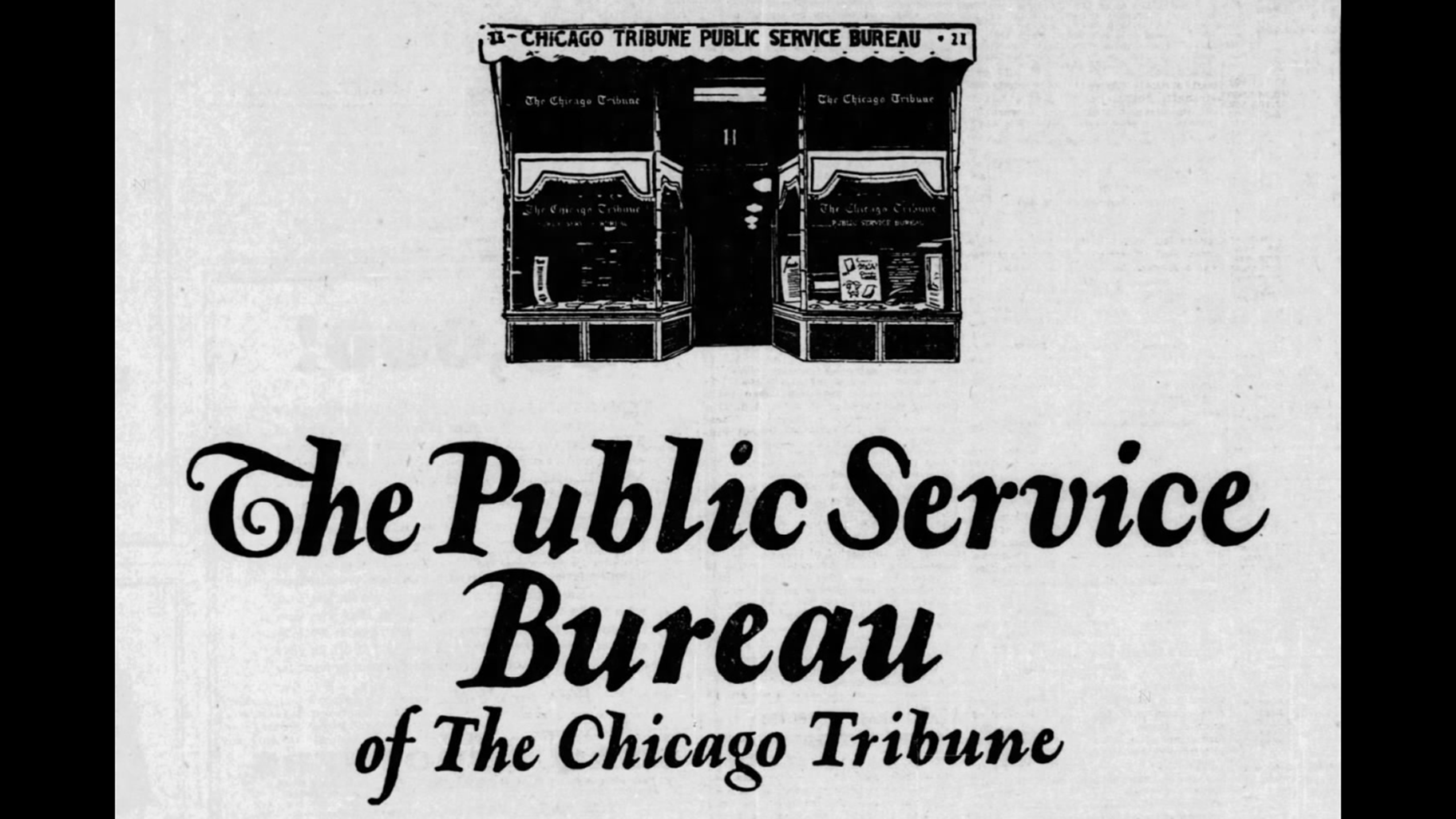 Today, a similar service still exists in Chicago – run by the Chicago Public Library. Chicagoans who don’t have internet access – or would just prefer to speak with a real person – can call the service with any question or inquiry.

The library says common call topics range from directions and telephone numbers to movie information and even crossword assistance.

Even with the ubiquity of the internet, the office receives over 1,500 calls a month – in 2018, it received more than 24,000 questions! You can visit the online version of the service here.