Giuliani: Trump ‘Relied on’ His Claims About US Diplomat 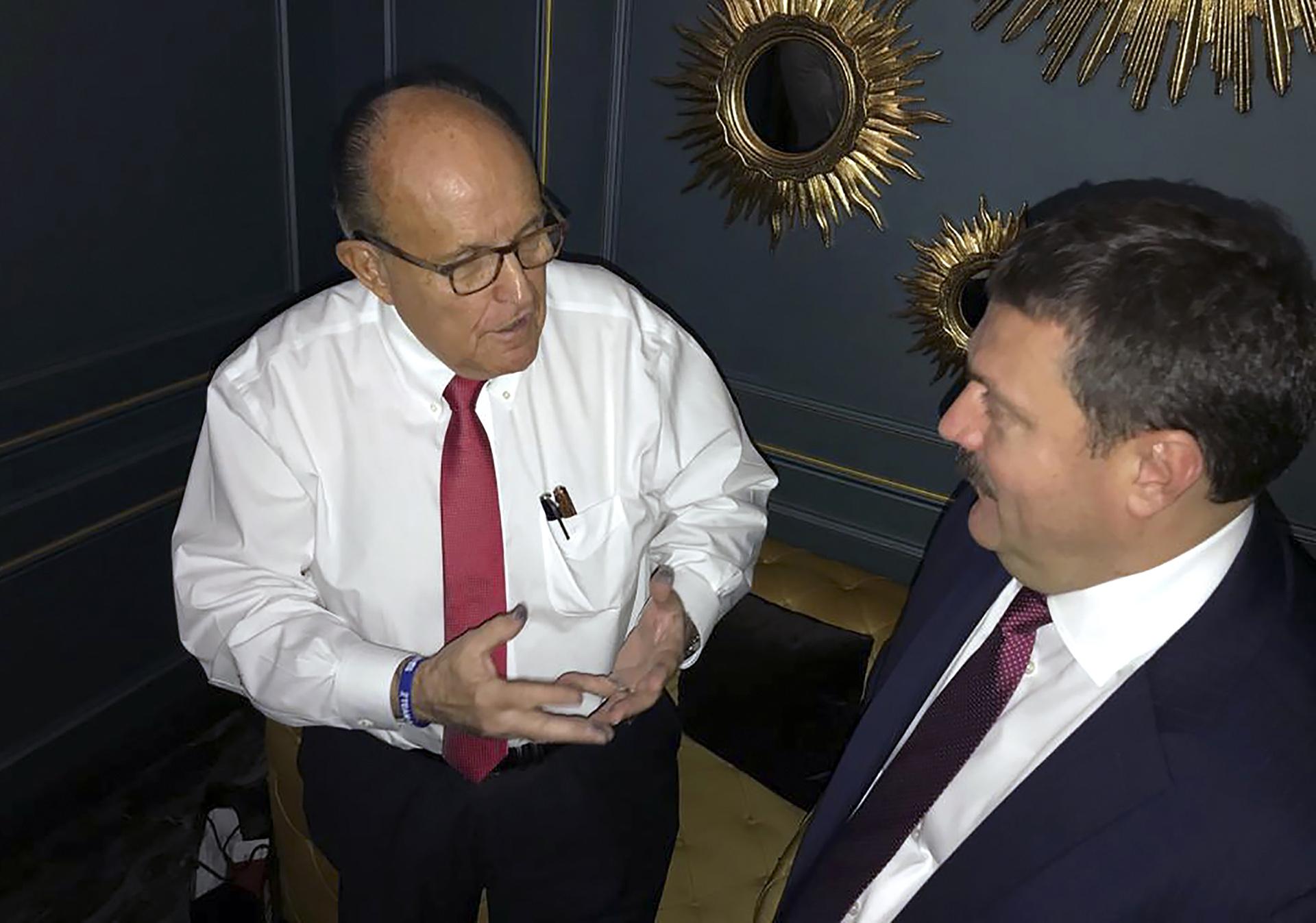 WASHINGTON (AP) — Rudy Giuliani, President Donald Trump’s personal lawyer, says he provided the president with information that the U.S. ambassador to Ukraine was impeding investigations that could benefit Trump politically. Within weeks, she was recalled from her post.

In an interview with The New York Times, Giuliani portrayed himself as directly involved in the effort to oust Ambassador Marie Yovanovitch, and he provided details indicating Trump’s knowledge of that effort.

Giuliani’s interview, published Tuesday, comes as Trump is facing near-certain impeachment Wednesday by the House for abuse of power over his pressure on Ukraine to announce investigations of Democrats while he was withholding aid to the Eastern European nation.

Giuliani said he passed along information to Trump “a couple of times” about how Yovanovitch had frustrated efforts that could help Trump, including efforts to have Ukraine investigate political rival Joe Biden.

Trump, in turn, passed the information on to Secretary of State Mike Pompeo, Giuliani said. Within weeks, Yovanovitch was told Trump had lost trust in her and she was recalled as ambassador.

Trump has said he did nothing wrong and his pressure on Ukraine was aimed at rooting out corruption there.

Early last year, Giuliani said, he told Trump that Yovanovitch was impeding investigations in Ukraine that could benefit Trump.

“There’s a lot of reasons to move her,” Giuliani told the Times. He said Trump and Pompeo “relied on” his information, likely leading to Yovanovitch’s ouster last April.

“I just gave them the facts,” Giuliani said. “I mean, did I think she should be recalled? I thought she should have been fired. If I was attorney general, I would have kicked her out. I mean — secretary of state.”

Testimony in the Trump impeachment inquiry showed that the claims about Yovanovitch were either unsubstantiated or taken out of context.

In the Times interview, Giuliani portrayed himself as directly involved in the effort to derail Yovanovitch’s career. He said he told Trump and Pompeo that Yovanovitch was blocking visas for Ukrainian prosecutors to come to the United States to present evidence that he claimed could be damaging to Biden and his son Hunter Biden, who served on the board of a Ukrainian gas company.

“I think I had pointed out to the president a couple of times, I reported to the president, what I had learned about the visa denials,” Giuliani said, as well as claims that she ordered one Ukrainian prosecutor to drop cases.

According to an article published Monday in The New Yorker, Giuliani said that he needed Yovanovitch “out of the way” and that she “was going to make the investigations difficult for everybody.”

“I forced her out because she’s corrupt,” Giuliani told Fox News on Monday. He claimed that Yovanovitch “committed perjury” when she said she turned down the visa requests for a prosecutor because he was corrupt. Giuliani claimed he had witnesses “who will testify that she personally turned down their visas because they were going to come here and give evidence either against Biden or against the Democratic Party. “

Yovanovitch, testifying in October in defiance of Trump, said there was a “concerted campaign” against her based on “unfounded and false claims by people with clearly questionable motives.”

In a tweet Tuesday, Giuliani insisted, “Yovanovitch needed to be removed for many reasons most critical she was denying visas to Ukrainians who wanted to come to US and explain Dem corruption in Ukraine. She was OBSTRUCTING JUSTICE and that’s not the only thing she was doing. She at minimum enabled Ukrainian collusion.”

Trump and his allies falsely claim that Ukraine interfered in the 2016 election. The special counsel’s investigation, as well as U.S. intelligence agencies, found that Russia, not Ukraine, meddled in the election.

House Vote, And on to the Senate: What’s Next in Impeachment