LOS ANGELES (AP) — Caroll Spinney, who gave Big Bird his warmth and Oscar the Grouch his growl for nearly 50 years on “Sesame Street,” died Sunday at the age of 85 at his home in Connecticut, according to the Sesame Workshop.

The legendary puppeteer lived for some time with dystonia, which causes involuntary muscle contractions, the Sesame Workshop said in a statement.

Spinney voiced and operated the two major Muppets from their inception in 1969 when he was 36, and performed them almost exclusively into his 80s on the PBS kids’ television show that later moved to HBO. His death comes on the same day that “Sesame Street” is being honored for lifetime achievements in the arts as a Kennedy Center Honors recipient.

“Before I came to ‘Sesame Street,’ I didn’t feel like what I was doing was very important,” Spinney said when he announced his retirement in 2018. “Big Bird helped me find my purpose.”

“Caroll was an artistic genius whose kind and loving view of the world helped shape and define Sesame Street from its earliest days in 1969 through five decades, and his legacy here at Sesame Workshop and in the cultural firmament will be unending,” the Sesame Workshop said.

But he never became a household name.

“I may be the most unknown famous person in America,” Spinney said in his 2003 memoir. “It’s the bird that’s famous.”

Video: Caroll Spinney discusses his book “The Wisdom of Big Bird (and the Dark Genius of Oscar the Grouch): Lessons from a Life in Feathers” with Bob Sirott on “Chicago Tonight” in 2003.

Spinney gave “Sesame Street” its emotional yin and yang, infusing the 8-foot-2 Big Bird with a childlike sweetness often used to handle sad subjects, and giving the trash can-dwelling Oscar — whose voice Spinney based on a New York cabbie — a streetwise cynicism that masked a tender core.

To colleagues there was no question which character the kindly Spinney resembled.

“Big Bird is him and he is Big Bird,” former “Sesame Street” head writer Norman Stiles said in a 2014 documentary on Spinney.

It wasn’t easy being Big Bird. To play the part, Spinney would strap a TV monitor to his chest as his only eyes to the outside. Then the giant yellow bird body was placed over him. He held his right arm aloft constantly to operate the head, and used his left hand to operate both arms. The bird tended to slouch more as the years took their toll.

In 2015, Spinney switched to just providing the characters’ voices. That year, the longtime PBS show inked a five-year pact with HBO that gave the premium cable channel the right to air new episodes nine months before they air on PBS.

Big Bird’s builder Kermit Love always insisted that his design was a puppet, not a costume. But to many children, he was neither. He was real.

“Eight-year-olds have discovered to their horror that he’s a puppet,” Spinney told The Associated Press in 1987. 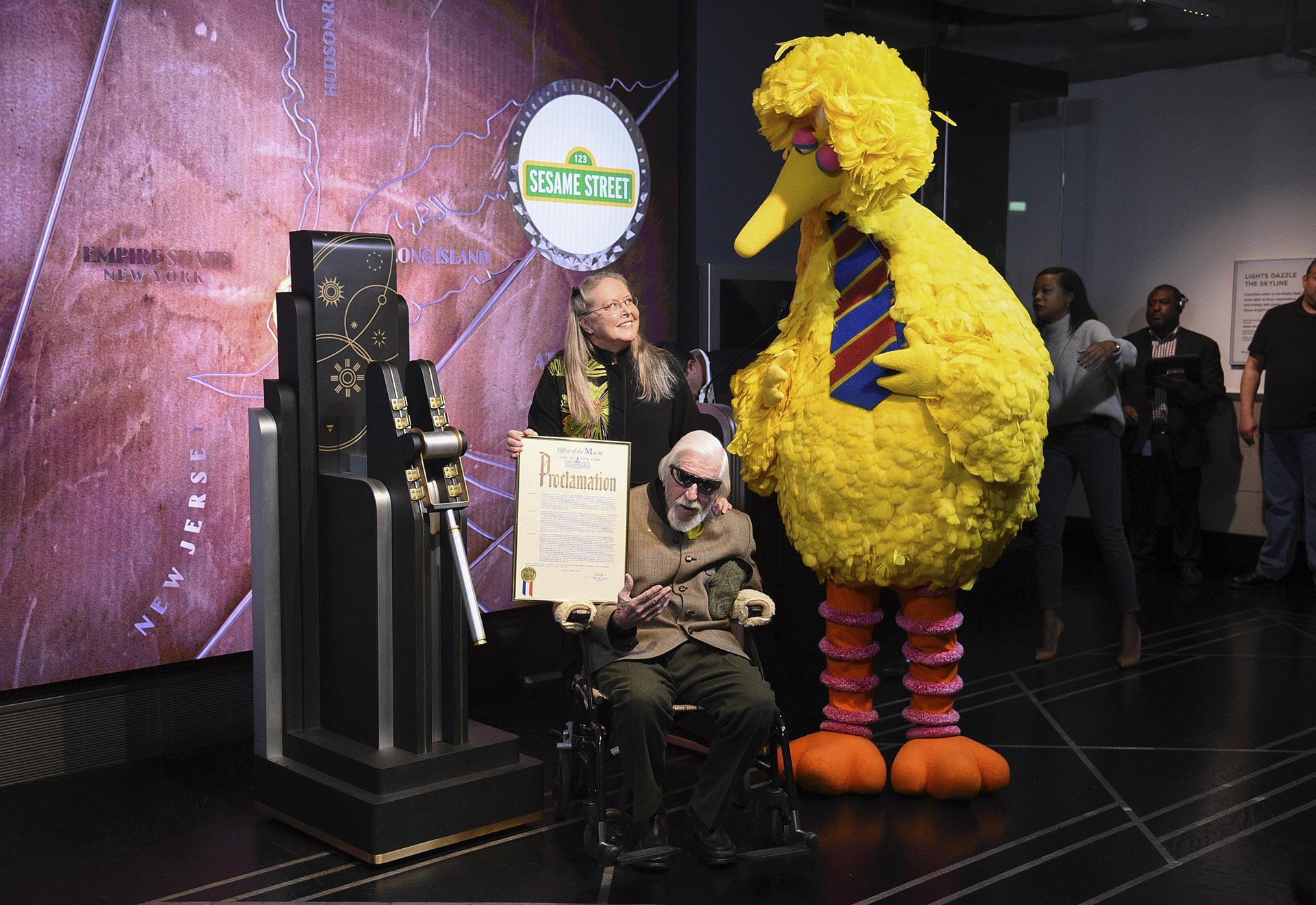 Born in 1933 in Waltham, Massachusetts, Spinney had a deeply supportive mother who built him a puppet theater after he bought his first puppet, a monkey, at age 8.

He spent four years in the U.S. Air Force after high school, then returned to Massachusetts and broke into television. He teamed up with fellow puppeteer Judy Valentine for their own daily series, then worked on a Boston version of the clown show “Bozo’s Big Top.” Spinney in this period had three children, Jessica, Melissa and Benjamin, all from his 1960 to 1971 marriage to Janice Spinney. He later married his second wife Debra in 1979, and the two were nearly inseparable for the rest of his life.

It was after a disastrous performance at a puppet festival in Utah that Spinney met Muppet master Jim Henson, who came backstage and told him, “I liked what you were trying to do,” Spinney remembered Henson saying, in his memoir.

Spinney would join the Muppet crew when “Sesame Street” was about to turn them from popular phenomenon into an American institution. Henson brought his signature character, Kermit the Frog, to the show. His right-hand man Frank Oz would become famous via Grover and Cookie Monster. Together they created Ernie and Bert.

But Big Bird would become the show’s biggest star, his name and image synonymous with not just “Sesame Street” but PBS and children’s television. The character was usually used for comedy, but his innocence and questioning was also useful when serious subjects needed addressing. When “Sesame Street” shopkeeper Mr. Hooper died, Big Bird had to get a lesson in accepting death, saying in the memorable 1983 episode that “he’s gotta come back. Who’s gonna take care of the store? Who’s gonna make my birdseed milkshakes, and tell me stories?” 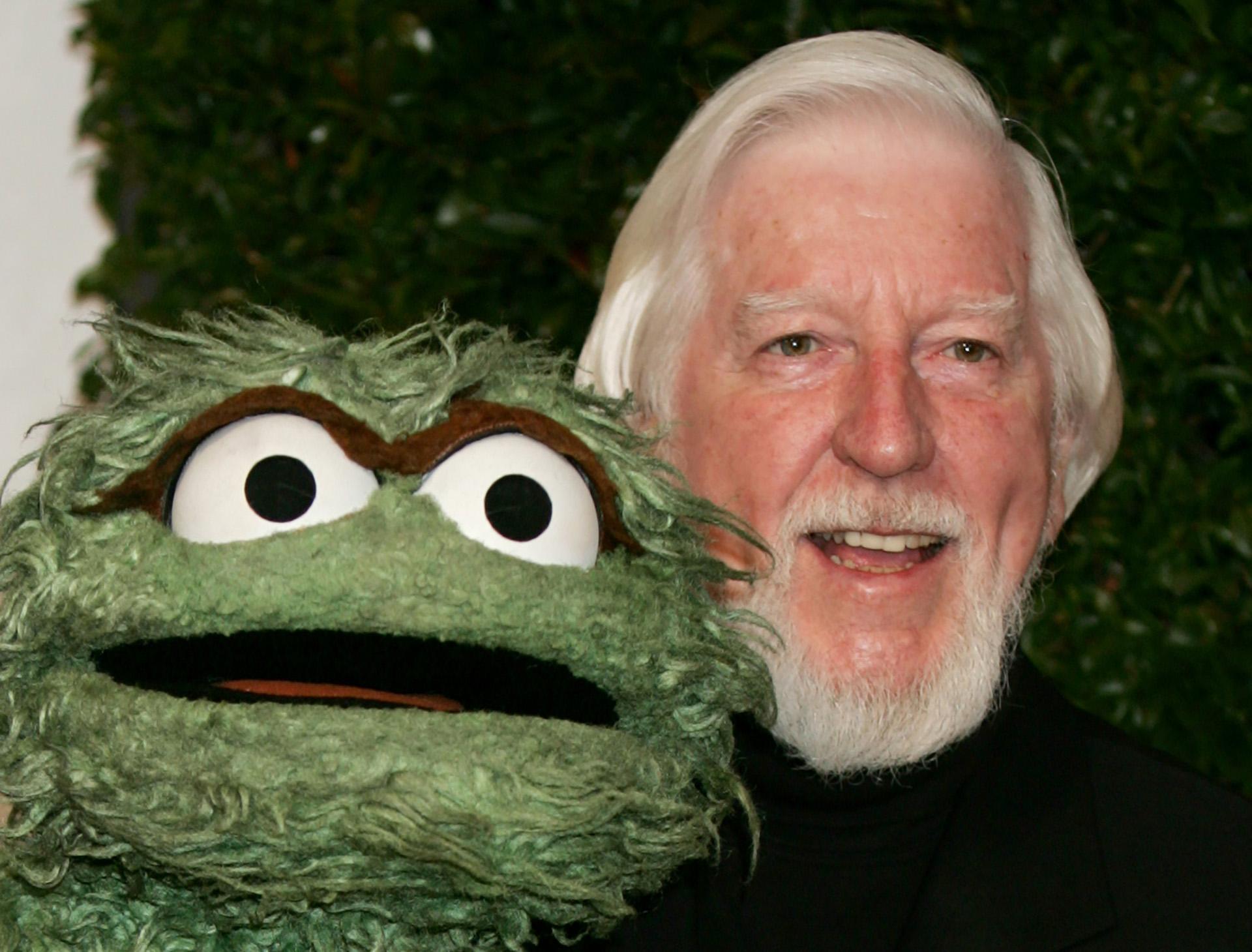 “It was extraordinarily moving,” Oz said in the Spinney documentary. “It tore people up.”

Spinney said he was crying under the feathers but he got through the song, looking at the sky and saying, “Thank you Kermit,” before walking off.

Sesame Street co-founder Joan Ganz Cooney said Sunday that Spinney, her longtime colleague and friend, “not only gave us Big Bird and Oscar the Grouch, he gave so much of himself as well.”

“We at Sesame Workshop mourn his passing and feel an immense gratitude for all he has given to Sesame Street and to children around the world,” she said.