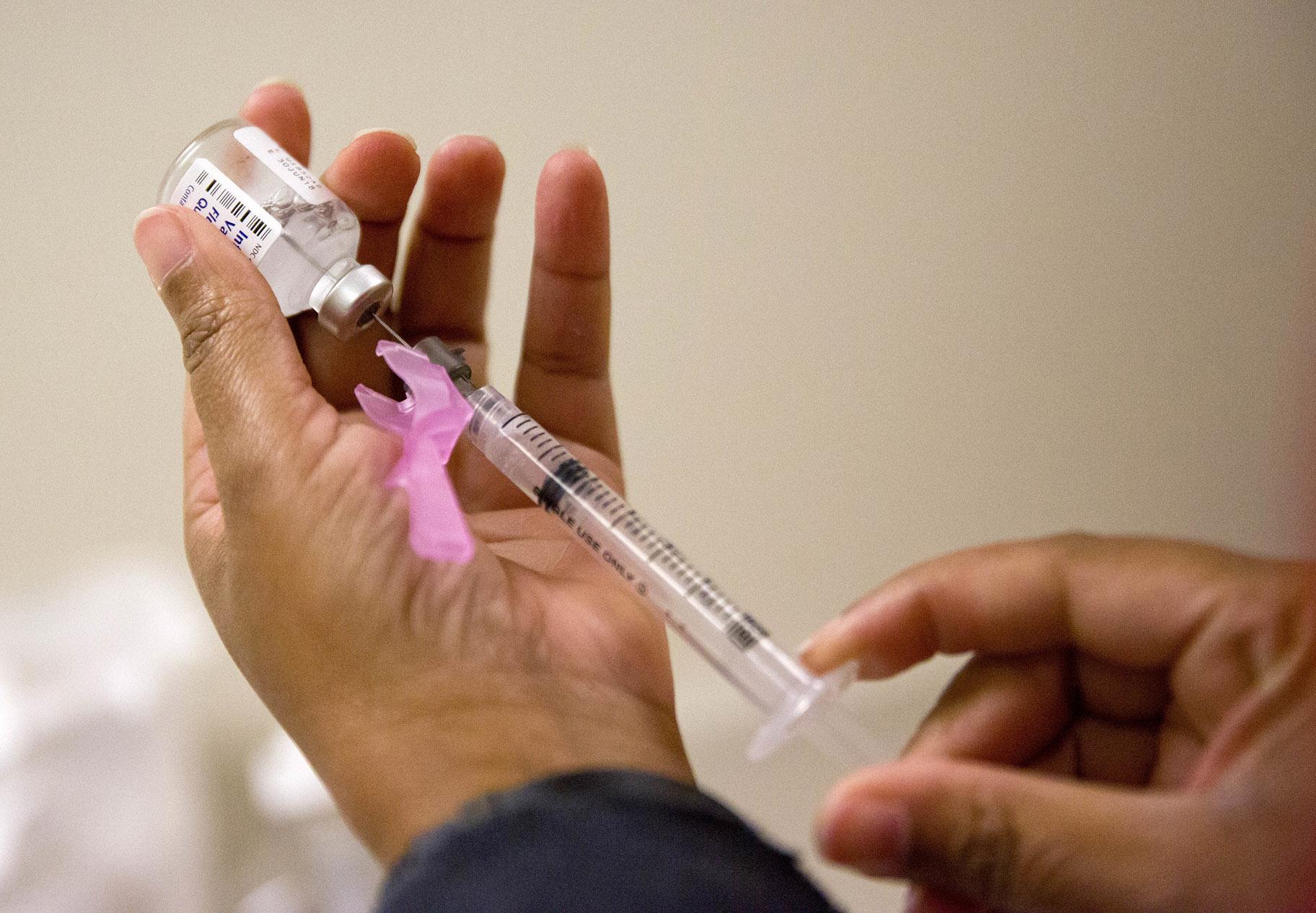 In this Feb. 7, 2018 file photo, a nurse prepares a flu shot at the Salvation Army in Atlanta. (AP Photo / David Goldman)

NEW YORK (AP) — The U.S. winter flu season is off to its earliest start in more than 15 years.

An early barrage of illness in the South has begun to spread more broadly, and there’s a decent chance flu season could peak much earlier than normal, health officials say.

The last flu season to rev up this early was in 2003-2004 — a bad one. Some experts think the early start may mean a lot of suffering is in store, but others say it’s too early to tell.

“It really depends on what viruses are circulating. There’s not a predictable trend as far as if it’s early it’s going to be more severe, or later, less severe,” said Scott Epperson, who tracks flu-like illnesses for the U.S. Centers for Disease Control and Prevention.

There are different types of flu viruses, and the one causing illnesses in most parts of the country is a surprise. It’s a version that normally doesn’t abound until March or April.

That virus generally isn’t as dangerous to older people — good news, since most flu hospitalizations and deaths each winter occur in the elderly. However, such viruses can be hard on children and people younger than 50.

Louisiana was the first state to really get hit hard, with doctors there saying they began seeing large numbers of flu-like illnesses in October.

Children’s Hospital New Orleans has already seen more flu cases this fall than it saw all of last winter, said Dr. Toni Gross, the hospital’s chief of emergency medicine. Last month was the busiest ever at the hospital’s emergency department. Officials had to set up a triage system and add extra shifts, Gross said.

“It is definitely causing symptoms that will put you in bed for a week,” including fever, vomiting and diarrhea. But the hospital has not had any deaths and is not seeing many serious complications, she said.

Health officials tend to consider a flu season to be officially underway when — for at least three weeks in a row — a significant percentage of U.S. doctor’s office visits are due to flu-like illnesses. That’s now happened, CDC officials said this week.

The agency on Friday estimated that there have already been 1.7 million flu illnesses, 16,000 hospitalizations, and 900 flu-related deaths nationally.

The most intense patient traffic had been occurring in a six states stretching from Texas to Georgia. But in new numbers released Friday, CDC officials said the number of states with intense activity rose last week to 12. Flu is widespread in 16 states, though not necessarily at intense levels in each, the CDC said.

Last flu season started off as a mild one but turned out to be the longest in 10 years. It ended with around 49,000 flu-related deaths and 590,000 hospitalizations, according to preliminary estimates.

It was bad, but not as bad as the one before it, when flu caused an estimated 61,000 deaths and 810,000 hospitalizations. Those 2017-2018 estimates are new: The CDC last month revised them down from previous estimates as more data — including actual death certificates — came in.

In both of the previous two flu seasons, the flu vaccine performed poorly against the nasty predominant virus. It’s too early to say how well the vaccine is performing right now, Epperson said.

Epperson said there’s a chance the flu season will peak this month, which would be unusually early. Flu season usually doesn’t hit fever pitch until around February.

The early start suggests a lot Americans may be sick at the same time, said Dave Osthus, a statistician who does flu forecasting at Los Alamos National Laboratory. “This could be a precursor to something pretty bad. But we don’t know,” he said.

Gross is pessimistic. “I, personally, am preparing for the worst,” she said. 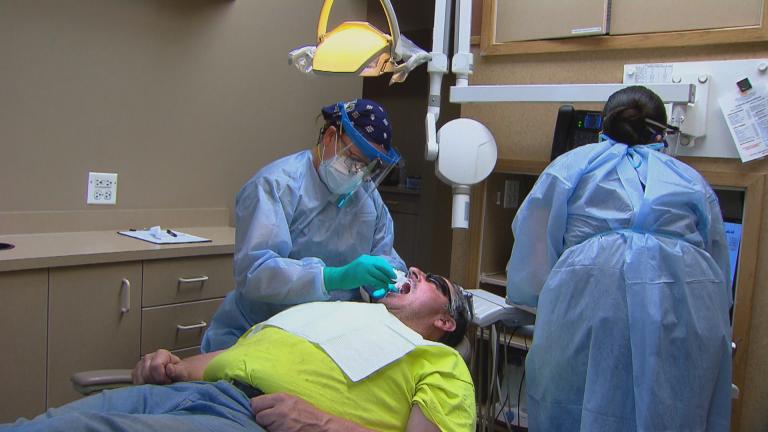 How Dentists Are Adapting to the Pandemic