In an announcement video, Patrick highlighted his poverty-stricken childhood on Chicago’s South Side, saying he’s running for the “people who feel left out and left back.”

As the first in his family to go to college and law school, Patrick said, “I’ve had a chance to live my American Dream.” But over the years, the “path to that dream” has closed off for others, he said, as government and economy have been “letting us down.”

Patrick made history as the first black governor of Massachusetts and has close ties to former President Barack Obama and his network of political advisers. But he faces significant fundraising and organizational hurdles this late in the race.

His announcement comes as some Democrats worry about the strength of the party’s current field of contenders. Another Democrat — former New York City Mayor Michael Bloomberg — is also weighing a last-minute bid for the party’s nomination.

Bloomberg has taken steps toward launching a presidential campaign, filing candidate papers in Alabama and Arkansas. Even 2016 nominee Hillary Clinton this week said in a BBC interview that she is “under enormous pressure from many, many, many people to think about it,” adding that she has no such plans but still would “never, never, never say never.”

The moves reflect uncertainty about the direction of the Democratic contest with no commanding front-runner. Joe Biden entered the race as the presumptive favorite and maintains significant support from white moderates and black voters, whose backing is critical in a Democratic primary. But he’s facing spirited challenges from Patrick’s home-state senator, Elizabeth Warren, and Vermont Sen. Bernie Sanders, progressives whose calls for fundamental economic change have alarmed moderates and wealthy donors.

Patrick acknowledged the challenges posed by his late entry in such a big field.

“When I was thinking about it many months ago, one of the questions was: How do you break though in a field this large and this talented without being a celebrity or sensationalist? And I’m none of those things,” Patrick said on CBS “This Morning.”

Patrick could present himself as a potential bridge across the moderate, liberal and progressive factions — as candidates like Mayor Pete Buttigieg, Sen. Kamala Harris and Sen. Cory Booker are trying to do.

But the former governor faces significant hurdles to raise enormous amounts of money quickly and to build an organization in the traditional early voting states that most of his rivals have focused on for the past year. And he’ll have to pivot to the expensive and logistically daunting Super Tuesday contests, when voters in more than a dozen states and territories head to the polls. Bloomberg’s team has said they will skip the early states of Iowa, New Hampshire, Nevada and South Carolina to focus on the Super Tuesday roster.

It’s also a near certainty that Patrick — and possibly Bloomberg — wouldn’t make a Democratic debate stage until January, if at all, because of debate rules set by the party. 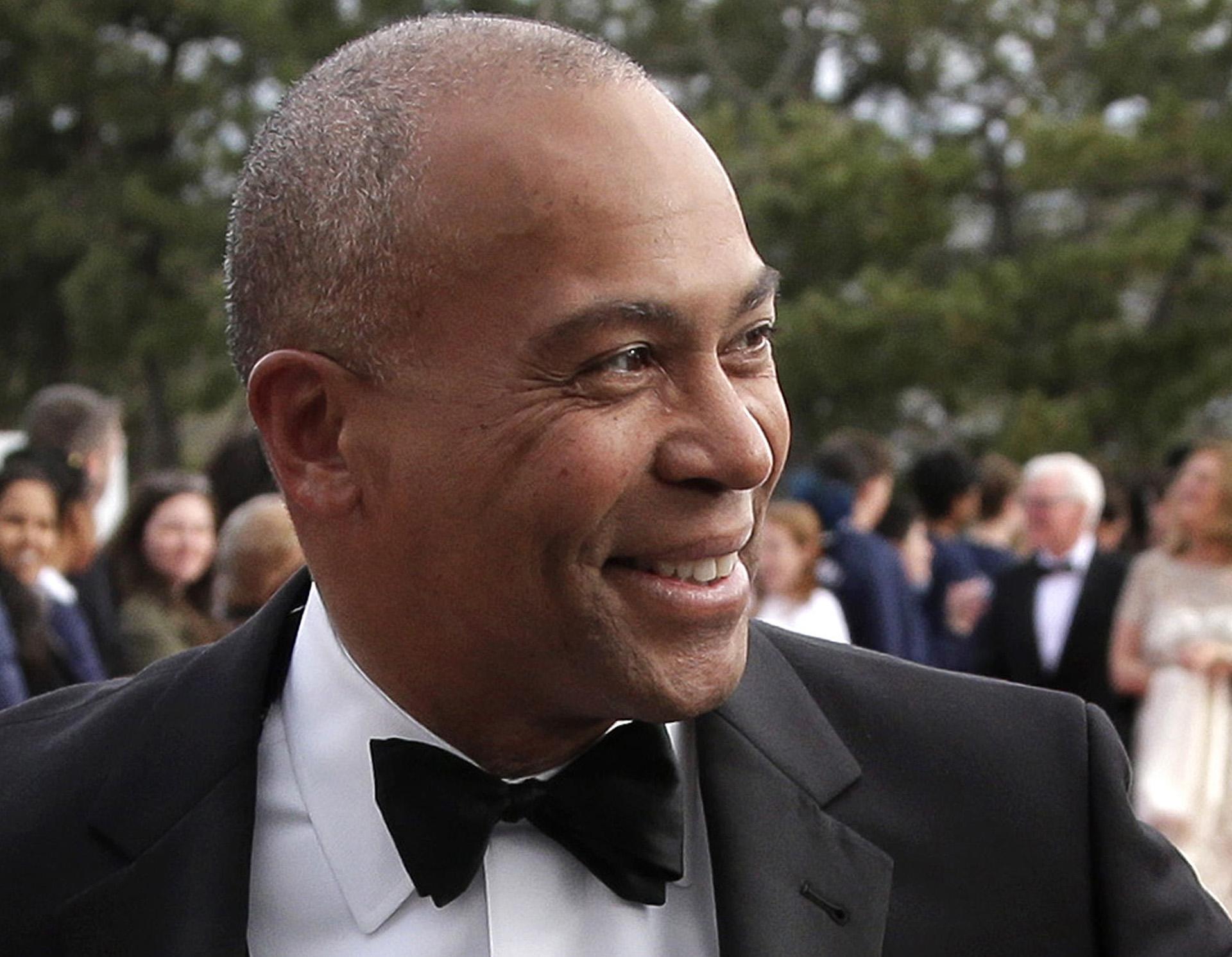 Texas Democratic Chairman Gilberto Hinojosa, whose state boasts the second-largest number of Super Tuesday delegates behind California, argued that donors and media are mistaken to think that rank-and-file Democrats see Biden, Warren and others as unable to take down President Donald Trump.

Besides, Hinojosa said, “most of the people you need to build out a campaign have already chosen sides.”

A former managing director for Bain Capital, Patrick has close ties to Wall Street donors. As only the nation’s second elected black governor since Reconstruction, Patrick also could run as a historic boundary breaker trying to dent Biden’s support among African Americans — though Harris and Booker, the only two black Democrats in the Senate, have been unable to do that thus far.

Patrick has remained active in politics since his term as governor ended in 2015. During the 2018 midterm elections, he traveled across the country in support of Democratic candidates, raising his national profile. He also campaigned for Doug Jones during Alabama's contentious 2017 special election for U.S. Senate.

Last year, some of Patrick's supporters and close advisers launched the Reason to Believe political action committee, which held meetups across the country, including in early presidential primary states.

By December, however, Patrick cooled to the idea of a presidential bid.

“After a lot of conversation, reflection and prayer, I've decided that a 2020 campaign for president is not for me,” Patrick posted on his Facebook page at the time. Patrick said he and his wife worried that the “cruelty of our elections process would ultimately splash back on people whom Diane and I love, but who hadn't signed up for the journey.”

After Trump’s election, Patrick’s initial criticism of the Republican president was somewhat less pointed than other Democrats offered. “We need our presidents to succeed,” he said, while still expressing concern about what he described as Trump’s belittling of those with opposing points of view.

Patrick also urged the party at the time to look in the mirror, saying that “the outcome of the 2016 election was less about Donald Trump winning than Democrats and our nominee letting him do so.”

Early in his career, Patrick served as assistant attorney general for civil rights in the Clinton administration and later worked as an executive at Texaco and Coca-Cola. Since leaving the governor's office, Patrick has worked as a managing director for Bain Capital — a company co-founded by 2012 Republican presidential nominee Mitt Romney, Patrick’s predecessor as governor.

Patrick's Massachusetts record is mixed. His successes include helping oversee the 2006 health care law signed by Romney that would go on to serve as a blueprint for Obama's 2010 health care law.

But Patrick was also forced to publicly apologize for a disastrous effort to transition to the federal health care law during which the state's website performed so poorly it created a backlog of more than 50,000 paper applications.