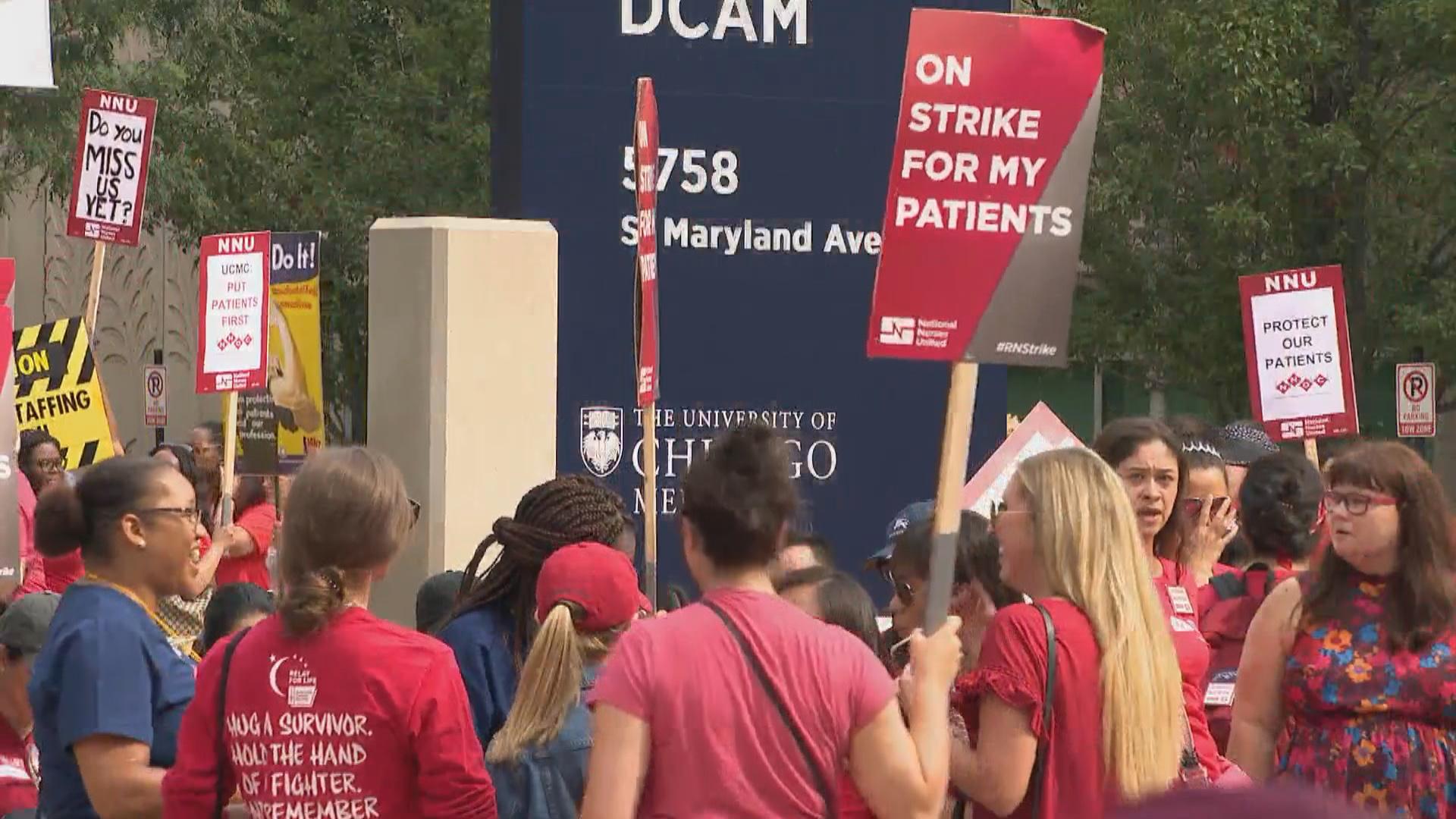 Hundreds of people hit the picket line at 7 a.m. Friday to protest what nurses describe as staffing shortages and forced overtime that are risking the safety of patients at the 618-bed hospital. (WTTW News)

Some 2,200 registered nurses are on strike at the University of Chicago Medical Center, marking the first such strike in the hospital’s history.

Hundreds of people hit the picket line at 7 a.m. Friday to protest what nurses describe as staffing shortages and forced overtime that are risking the safety of patients at the 618-bed hospital.

“The reason that we are striking is for our patient safety and our staff safety,” nurse Johnny Webb told WTTW News by phone Friday from the picket line. “We are currently understaffed a great majority of the time here in the hospital which means that the nurses are taking care of more patients and they think they can do. No matter how many times we’ve complained about the staffing, nothing has happened.”

“It’s mandatory overtime where you’re making procedural area nurses work hours past their shift and still expecting them to come in at the same exact time the next day,” said Webb, a member of the National Nurses United Organizing Committee/National Nurses United (NNOC/NNU) union bargaining team. “It is causing a lot of burnout and a lot of fatigue in the nursing staff on the inpatient unit. It’s causing unsafe staffing conditions, unsafe patient care and nurses are taking care of more patients than they safely can.”

“We’ve gone as far as filing 1,700 forms within the last 18 months notifying upper management that the staffing is not adequate,” he added.

But hospital management disputes his claim, calling the one-day strike reckless and irresponsible. 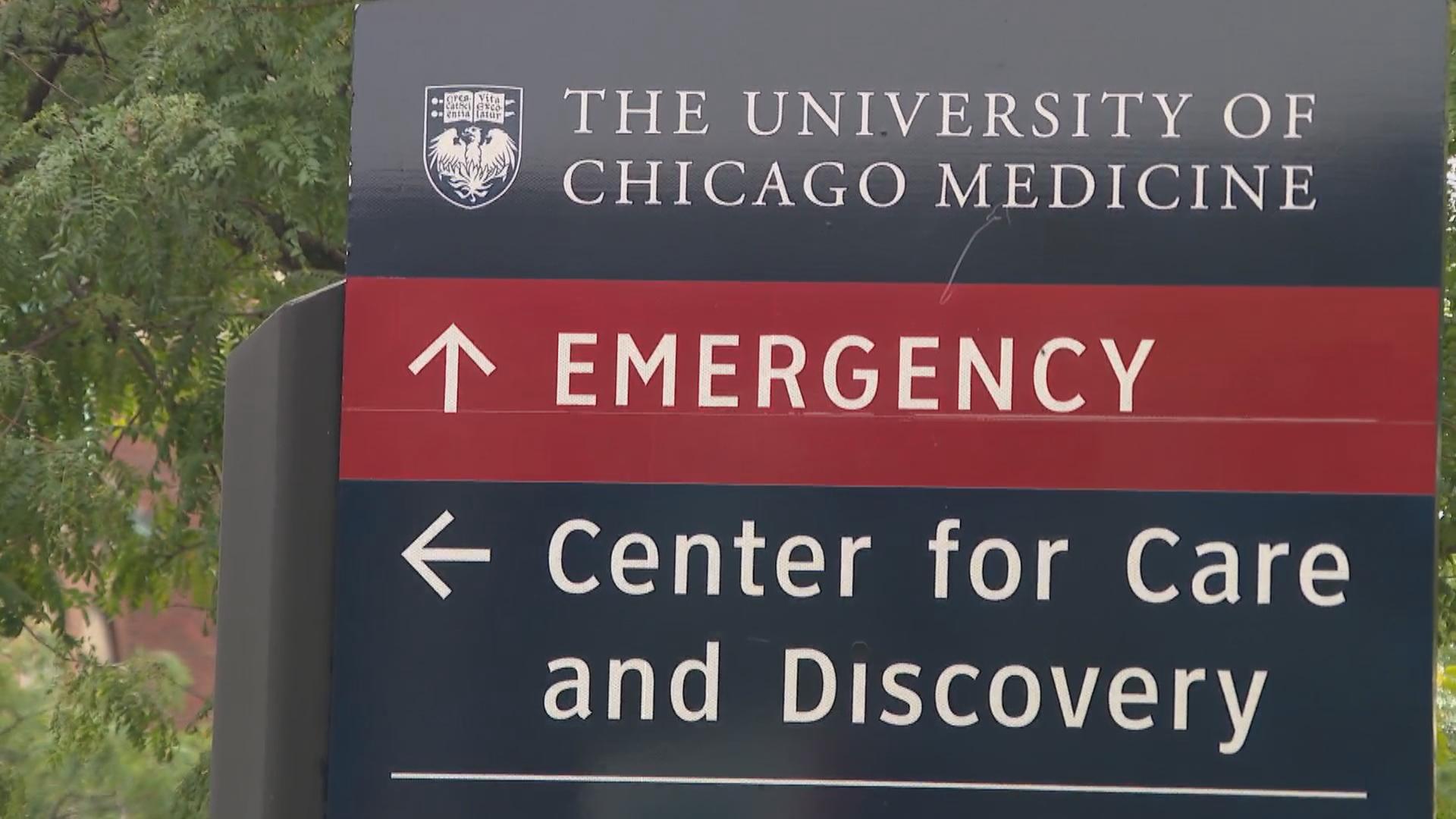 “Union leaders claim they are striking based on staffing,” said Debra Albert, chief nursing officer and senior vice president of patient care services, in a statement. “UCMC made a major proposal that addressed the union’s concerns and would have resolved the staffing issue. But the union decided to go on strike anyway.”

“We are disheartened that we had to get to this point. We worked long and hard negotiating with the help of a federal mediator and hope the union leadership would be focused on achieving a fair and equitable agreement,” said Sharon O’Keefe, president of the University of Chicago Medical Center in a videotaped statement.

Hundreds of nurses from across the country are filling in for the striking staff, according to the University of Chicago Medical Center. The hospital system moved some patients and rescheduled some elective procedures in anticipation of the strike.

Both the adult and pediatric emergency departments remain open for walk-ins. However, the facility late Wednesday began asking ambulances to take new patients – including trauma patients – to other hospitals. A UChicago Medicine spokesperson on Friday couldn’t say whether that practice would continue through the duration of the strike. “We’re assessing our situation on a continual basis,” they said. 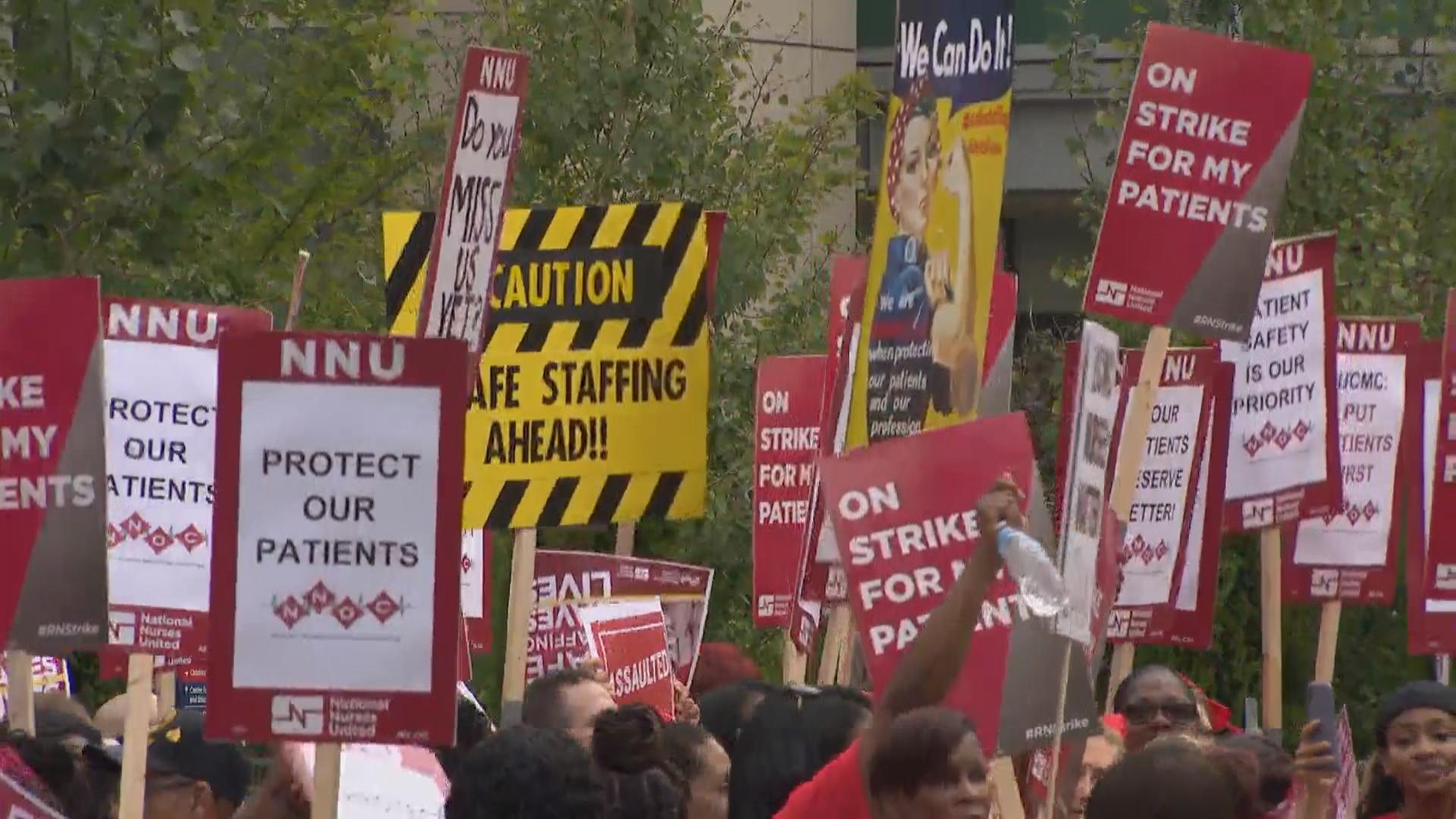 Despite calling for a one-day strike, the nurses won’t be allow back into work until Wednesday. “In order to obtain enough replacement nurses to provide safe and effective care, we needed to offer a five-day guarantee,” according to a University of Chicago Medicine press release.