Author Paul Tough on ‘How College Makes or Breaks Us’

College admissions have been major news in recent months after a bribery scam came to light – with some well-known names attached to it. Last week, “Desperate Housewives” actor Felicity Huffman received a two-week jail sentence for her role in the scandal, nicknamed “varsity blues.”

But the rich and famous gaming the system is one of many ways higher education is stacked against people of modest means. For more young Americans, it’s becoming harder to get in, harder to pay for and harder to succeed.

So argues Paul Tough, who chronicles those struggles in the new book “The Years That Matter Most: How College Makes or Breaks Us.” A longtime education journalist, Tough has written three other books, including the best-selling “How Children Succeed.”

He joins “Chicago Tonight” for a conversation.

You can meet Tough at the following events in the Chicago area:

When I walked up out of the subway on that cold spring afternoon, Shannen Torres was nowhere to be seen. We had arranged to meet at 4:15 p.m. in St. Nicholas Park in West Harlem, just down the hill from A. Philip Randolph Campus High School, where she was a senior, a few months away from graduation. But when I got to the park, I couldn’t see her anywhere.

My phone buzzed. It was a text from Shannen: “I’m to your left.” 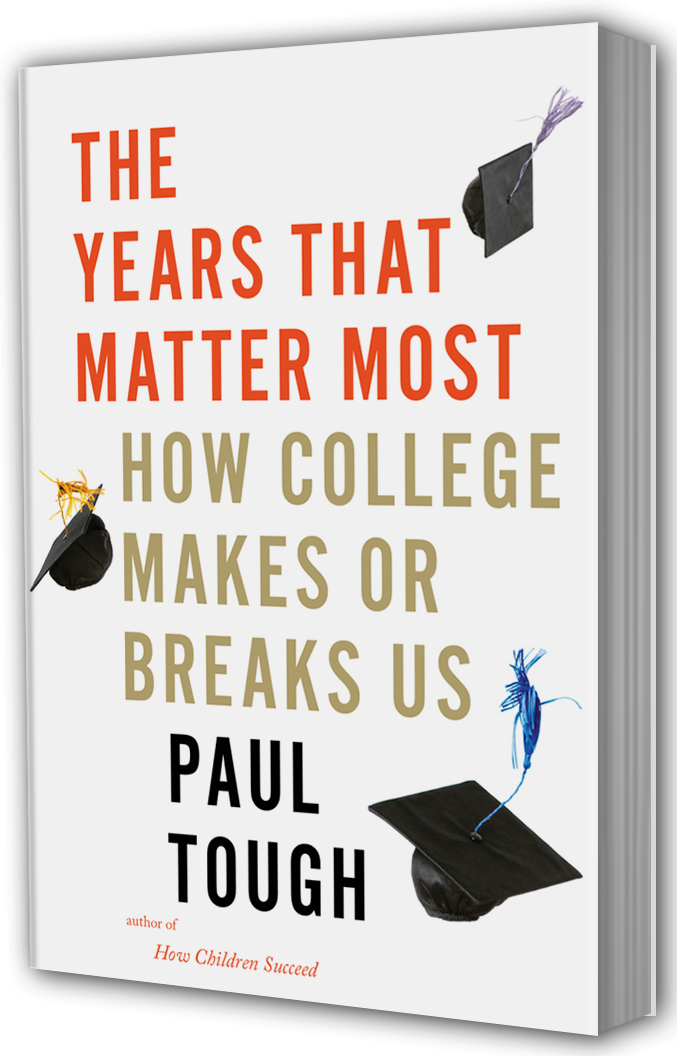 I looked up the path and spotted her, sitting huddled over her phone on a bench about fifty yards away. She was dressed in layers against the chill, a beige barn jacket over two dark hoodies. Everything else she wore was black: black sweatpants, big black high-top sneakers, black chunky glasses, and a black backward Nike baseball cap, into which she’d stuffed her long, thick dark hair. I walked over and sat down next to her.

I had met Shannen only a couple of times before, so it was hard for me to say for sure if this constituted strange behavior for her. But it definitely seemed a little odd.

Then she explained the situation. It was March 30. At exactly 5:00 p.m. that afternoon, every college in the Ivy League would simultaneously release their acceptance and rejection letters for next year’s freshman class. I had dimly understood that the decisions were going out at some point that week, but I hadn’t realized they would be arriving at the very moment Shannen and I had planned to meet.

That fact was overwhelming her. When I’d interviewed her before, she had always seemed pretty cool— a Bronx girl, a streetwise Dominicana — but here on this bench in St. Nicholas Park, she was coming undone right before my eyes. “I’m the nervousest I’ve ever been,” she said. Her hands were trembling. She looked like she was about to cry.

“I think it’s just, like, I’ve been working my entire life for this one thing,” she explained. “It feels like everything is depending on this. Which sounds dramatic, I know. But it’s true.”

Shannen was born in New York City in 1999 to parents who had emigrated from the Dominican Republic. When she was two, with her parents’ relationship crumbling, her mother took her and her older brother to New Bedford, Massachusetts. They stayed with some relatives at first, but that arrangement soon crumbled, too, and they moved next into a shelter run by Catholic nuns, and then, after a few months, into an apartment of their own in the projects.

Shannen started elementary school in Massachusetts, and she was a good student from the beginning. School wasn’t stressful in those early years, but once her mother moved the family back to New York, to the Bronx, the pressure started to build. In sixth grade Shannen entered Junior High School 22, a struggling school in a hulking building on 167th Street. There were fights in the hallway every day, and she was bullied by new arrivals from the Dominican Republic who made fun of her for not being Dominican enough. Shannen was proud of her roots and her race, but there were elements of other cultures she was coming to appreciate as well: Coldplay, pasta, Harry Potter novels. She retreated into her schoolwork, studying harder, doing more. And when she got to high school, she worked harder still.

In the entrance hall of Randolph High, on a bright yellow bulletin board on the wall, the administration posts, each semester, the honor roll for each grade, all the top scholars from a school of almost fifteen hundred students, listed in order of their grade point average. In the first semester of her freshman year, Shannen’s name appeared at the very top of the list, and her name had stayed at the top ever since. Now, as graduation approached, her academic average was 97.7 percent, which would almost certainly make her valedictorian. In three and a half years, she had not missed a single day of high school.

But remaining number one took an enormous effort. Each night, Shannen stayed up until her homework was done perfectly, sometimes till four or five in the morning, ignoring her mother’s admonitions to close the books and go to bed. The previous year, her junior year, was the most grueling. She took three AP courses, and she studied so relentlessly in the first semester that by Christmas she had lost eleven pounds off her already small frame. She got used to sleeping three hours a night. She drank so much coffee that she became immune to its effects.

The harder she worked, the greater people’s expectations for her grew. And the more she felt the weight of those expectations, the harder she felt she had to work. Where it was all leading, in Shannen’s mind, was college. And not just any college. When she was little, teachers and family members saw her intelligence and intense determination and predicted that she would make it into an Ivy League school. At first it was just one of those crazy things people say to a smart kid, but as time went on, this recurring prophecy began to seem more plausible.

Beginning in sophomore year, Shannen took free SAT-prep classes at Columbia University, and each time she visited, she felt a bit more at home surrounded by neoclassical architecture and great books. In the spring of junior year, she was accepted into a highly selective and demanding college-prep summer program for low-income students called Leadership Enterprise for a Diverse America; historically, more than half of each year’s LEDA class was admitted to an Ivy League college. Then four students from the class above hers at Randolph — which is not, on average, a high-achieving school— were admitted to Ivy League–level colleges: Penn, Stanford, Dartmouth, Columbia. They all got full-ride scholarships, and Shannen knew, given her family’s limited income, that if she were admitted, she would probably be offered the same. Suddenly the idea that she might aspire to a place like Penn or Princeton didn’t seem crazy at all.

But the more realistic the prospect of the Ivy League became, the more pressure Shannon felt to deliver. As we sat and waited for the admissions verdict, that was what was weighing on her the most: the reactions of everyone in her life to the news she was about to receive. She visualized herself walking in the door of her family’s small apartment uptown and telling her mother that she had been accepted to Penn. She could picture her mother’s exact expression. She could almost see the tears of happiness.

And then she pictured herself walking in and having to tell her mom that she had been rejected. The tears of disappointment. And then tomorrow, having to go into school and break the news to her teachers and friends, everyone who had been counting on her to succeed. Hearing “Oh, I’m so sorry,” over and over. The pats on the back and the sympathetic hugs, all day long. It was unbearable even to imagine.

That was why she was hiding out on this bench, she told me. She didn’t want to be with friends or family that afternoon, or with anyone she knew well; at one point, when she saw a group of her friends walking down the hill behind me, she ducked her head down out of their sight. For some reason, she had decided that being with a reporter was a good alternative. She said she trusted that I was on her side, but she also felt like I was “neutral,” that I didn’t really expect anything from her. I wasn’t invested in her success the way everyone else in her life seemed to be. I wouldn’t be disappointed in her if she didn’t make the cut.

I was, that afternoon, more than a year into a sprawling reporting project that had already taken me back and forth across the country several times, to rural high schools in Louisiana and inner-city community colleges in Chicago and verdant university campuses in California and South Carolina and Texas and New Jersey. I had interviewed plenty of educators and researchers and administrators. But mostly, on these journeys, I was talking to students like Shannen, young people in high school or college who were trying to make sense, as I was, of the changing landscape of American higher education.

Shannen was clutching her phone as we talked, checking the time, her hands still trembling, counting down the minutes, growing more and more anxious.

Excerpted from THE YEARS THAT MATTER MOST: How College Makes or Breaks Us by Paul Tough. Copyright © 2019 by Paul Tough. Published and reprinted by permission of Houghton Mifflin Harcourt. All rights reserved. 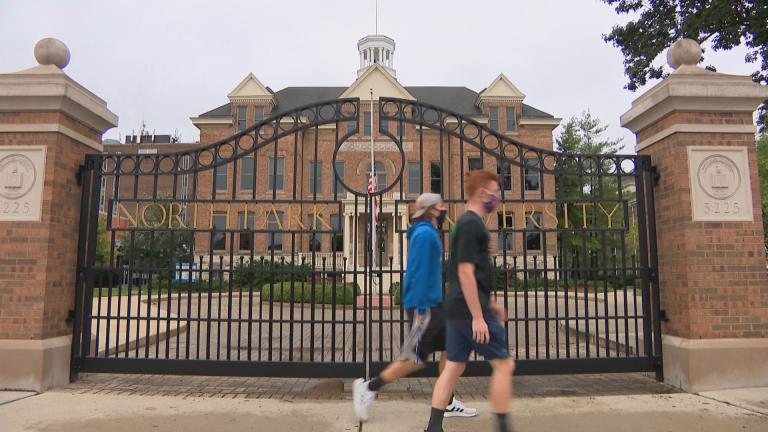 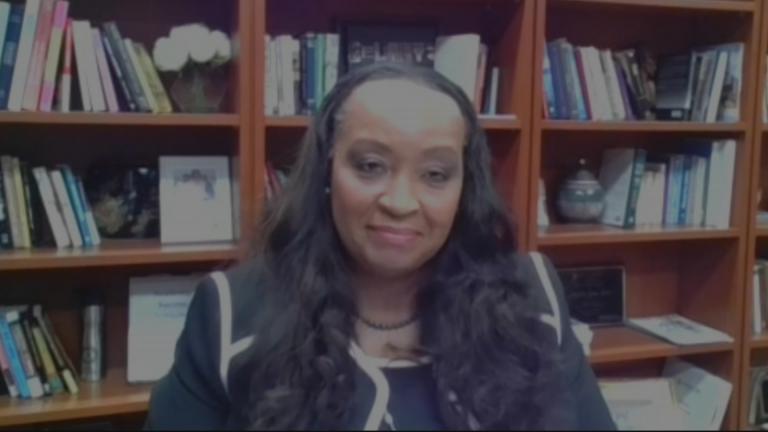 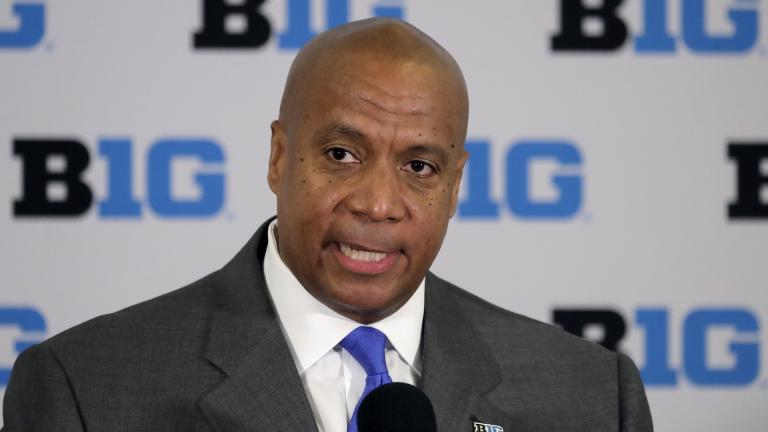