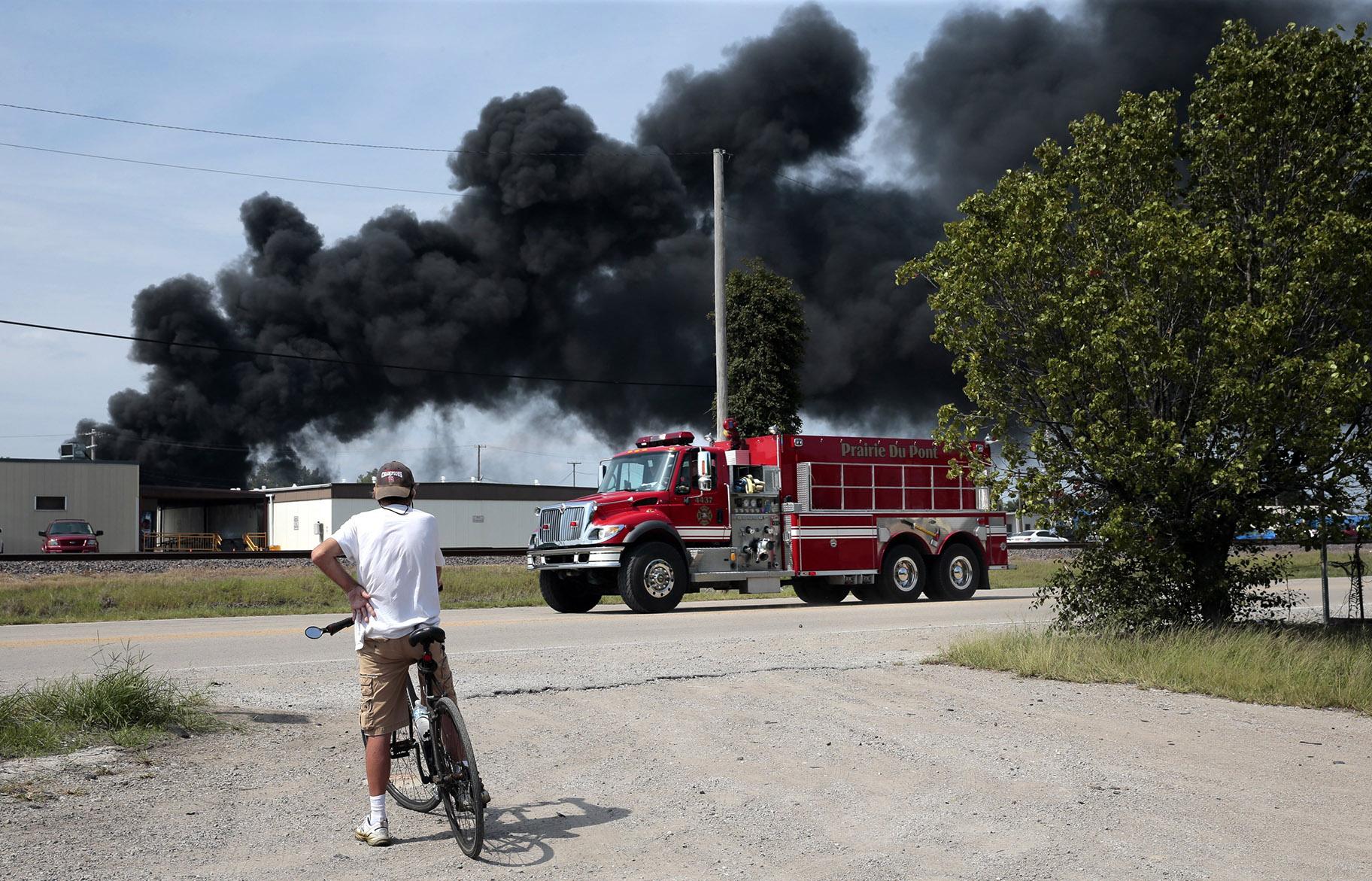 A resident watches as a fire truck arrives in downtown Dupo, Illinois, to help fight a tanker fire from a derailed train on Tuesday, Sept. 10. 2019. Black smoke coming from the derailment scene can be seen for miles and caused the evacuation of schools in the town, authorities said. (Robert Cohen / St. Louis Post-Dispatch via AP)

DUPO, Ill. (AP) — A freight train believed to be bearing a flammable liquid used in solvents derailed in an Illinois suburb of St. Louis on Tuesday, causing a fire that sent thick, black smoke into the air and prompted the evacuation of nearby schools and residences.

In a news release, Union Pacific said that the train derailed at its yard at about 12:45 p.m. in the town of Dupo, about 8 miles south of St. Louis. The railroad said initial information indicates that the tank car that first caught fire contains a flammable liquid called methyl isobutyl ketone that is typically used as a solvent.

Union Pacific spokeswoman Kristen South said the smoke from the fire does not pose a significant health hazard. But Dupo Police said as a precaution that students at a grade school, junior high school and high school were evacuated to a high school farther away. Police also said a few hundred residents of a mobile home park and a subdivision near the tracks have also been evacuated.

Video showed more than 10 train cars derailed and flames shooting from the wreckage.

By about 3 p.m., officials said the fire had been extinguished and the people who were evacuated had been allowed to return to their homes. St. Clair County Emergency Management Director Herb Simmons said there were no injuries reported. He also said the investigation into the derailment was continuing, including liquid leaking from some of the derailed cars.