Some Chicago parents are looking for a new place to send their small children for early learning or preschool. That’s because the city is making changes to the way neighborhood early learning centers receive funding, and some providers say the changes are destabilizing to families and communities.

This year, the city and Chicago Public Schools are starting to implement universal pre-kindergarten, full-day preschool for all 4-year-old students at CPS schools across the city. Some 107 schools will receive the new classrooms this year; the district will phase in more schools over the next three years.

As a result, community-based organizations that currently provide preschool will have to change their funding structures because the expectation is that fewer kids will be coming to them for preschool.

The city recently issued new grant funding, totaling nearly $200 million, to 101 organizations to continue providing early learning. But for some organizations that means fewer dollars – and the possibility of turning some parents away.

“In our case, about 78 families that will be losing either institutional care in a place like this or home visitation care. And we’ve lost plenty of slots there as well,” said Metropolitan Family Services President and CEO Ric Estrada. “For us, it’s really about those families.”

Estrada says the city asked Metropolitan Family Services to open its Learning and Wellness Center in the New City neighborhood more than six years ago. Now it’s facing cuts as a result of the new funding structure.

Estrada says his biggest concern is the longer-term impact of these changes for the entire community of early learning providers – and their families – in Chicago.

“Organizations that were funded, and are new and smaller, are going to struggle, and at some point the city is going to have to pull some slots back,” he said. “And the question for us is, would we have then lost the capacity to take on the work that we lost again when we’ve been destabilized.”

The YMCA of Metro Chicago is among the 101 grant recipients. It says the new funding process from the Department of Family and Support Services (DFSS) means cutting 40 of its Early Head Start slots. In a statement, the organization says it will consolidate its program at Orr High School with another early education and care program nearby.

“While there is no ideal solution for this predicament, we believe that this action will minimize the effect on our overall Early Head Start program,” a statement reads. “Consolidating the program at Orr is necessary to allow us to sustain the wider program across the Chicagoland area with the remaining resources that we have.”

Originally, 34 organizations received funding, but this year, that number has gone up to 101. The increase reflects a shift for many of the new organizations, which are transitioning from a partnership with CPS to one with the city.

The increase in organizations has some existing, long-standing providers concerned about how the city made its funding decisions, and whether everyone is delivering quality services.

“More money, more slots, a significantly higher cost-per-slot reimbursement, and all of that focused on more options for Chicago families and ultimately better results for Chicago’s children,” Butler said. She cites a Kindergarten Individual Development Survey (KIDS) study, showing only 22% of African American children and 15% of Hispanic children were considered kindergarten-ready in the 2017-2018 school year.

Butler recognizes that this new funding is a big change, which isn’t always easy.

But she says it also brings in best practices, like certain low child-to-adult ratios, especially in those smaller age groups. Also, providers had to agree to a goal of reaching a $47,000-per-year minimum teacher salary.

“We said in the RFP, ‘No one was perfect today.’ And so, over the next five years, we will be evolving as an ecosystem and working with each of those entities to understand how they’re going to make that progression from where they are today, to where they need to be,” Butler explained.

She also says that for those organizations experiencing cuts or closures, DFSS is partnering with Illinois Action for Children to help them find and maximize other sources of funding. 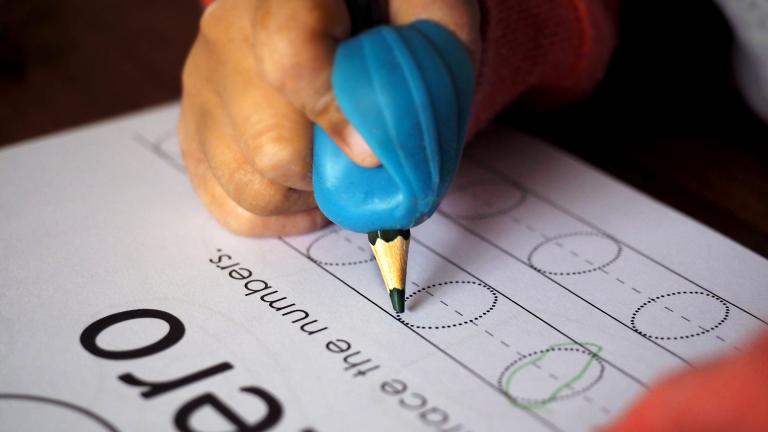