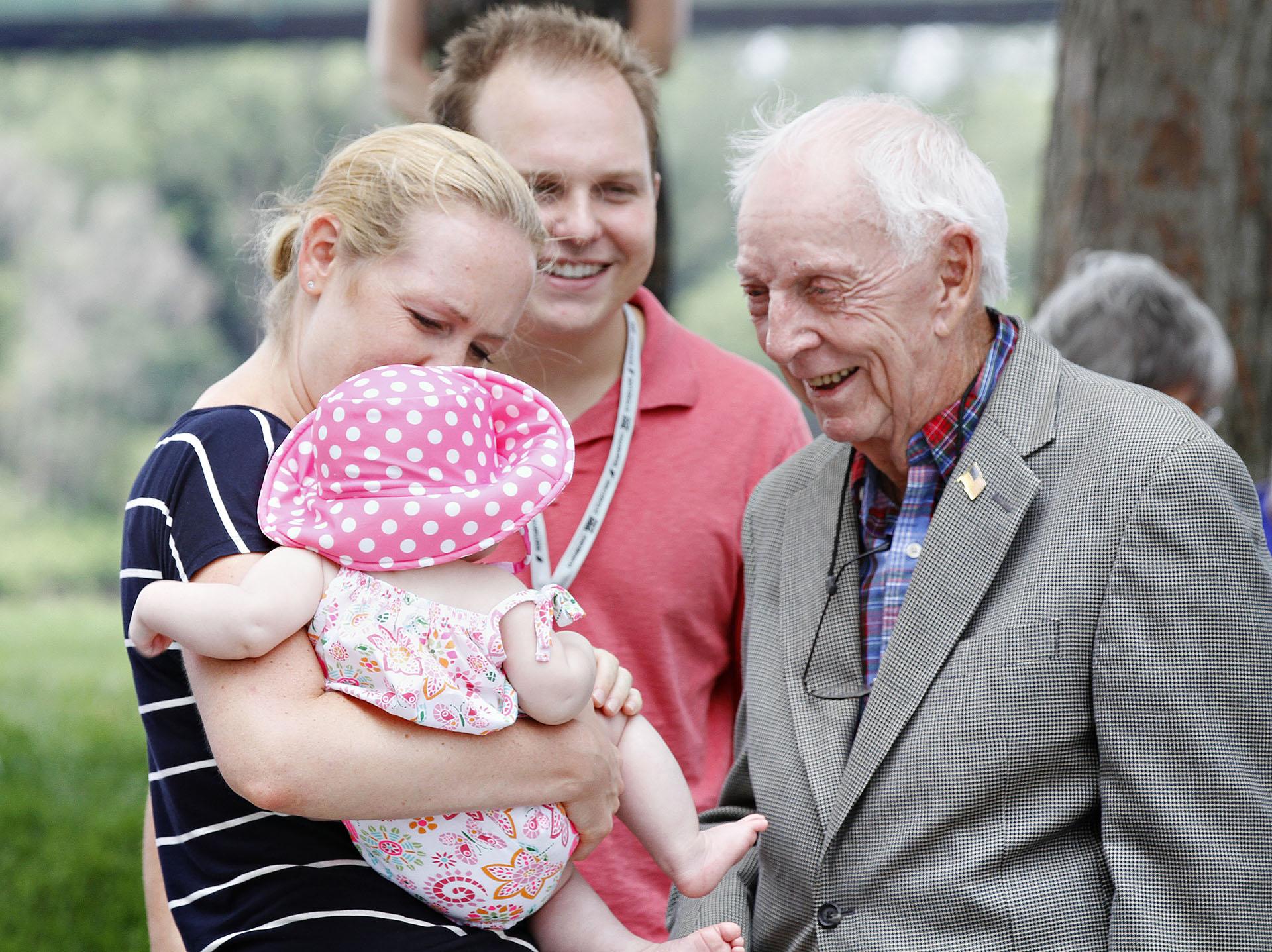 SIOUX CITY, Iowa (AP) — Al Haynes, a pilot credited for saving the lives of nearly 200 people by guiding a damaged passenger jet into a crash landing at an Iowa airport in 1989, has died.

Haynes was hailed for his skill when the United Airlines DC-10 jet lost all hydraulic power after the rear engine exploded during a flight from Denver to Chicago on July 19, 1989. Haynes and his crew used the two remaining engines to steer a course to Sioux City, Iowa, where the plane crashed on the runway, bursting into flames and breaking apart in a cornfield.

Haynes was credited for guiding the severely damaged plane toward the airport by making a series of 360-degree turns to the right. The acclaim was similar to the credit given to US Airways pilot Chesley Sullenberger in 2009 when he landed a jet on the Hudson River in New York.

On the 25th anniversary of the crash, Haynes said he'd always think of those who died.

“On my mind forever will be the thoughts of the 112 who did not survive,” Haynes told the Des Moines Register in 2014.

The crash also led to changes in plane design to add backup systems that could prevent such catastrophic failures, which made Haynes’ flight nearly impossible to control.

Jan Brown, who was the lead flight attendant, recalled the crash in 2014, telling The Associated Press the crew quickly realized the danger.

“The potential was that we could all go straight down,” Brown said.

When the engine exploded, chunks of metal ripped apart all three of the jet’s hydraulic systems, causing the loss of hydraulic fluid and shutting down the system that control the plane’s altitude and direction.

Over 40 minutes, Haynes managed to navigate the plane to Sioux City and bring it to the ground, where a wing plowed into the ground and sent the plane into a cartwheel.

Flight attendant Susan Callander told the AP in 2012, “To be one of those pilots, they are all heroes, and he played an instrumental role in saving all those lives.”