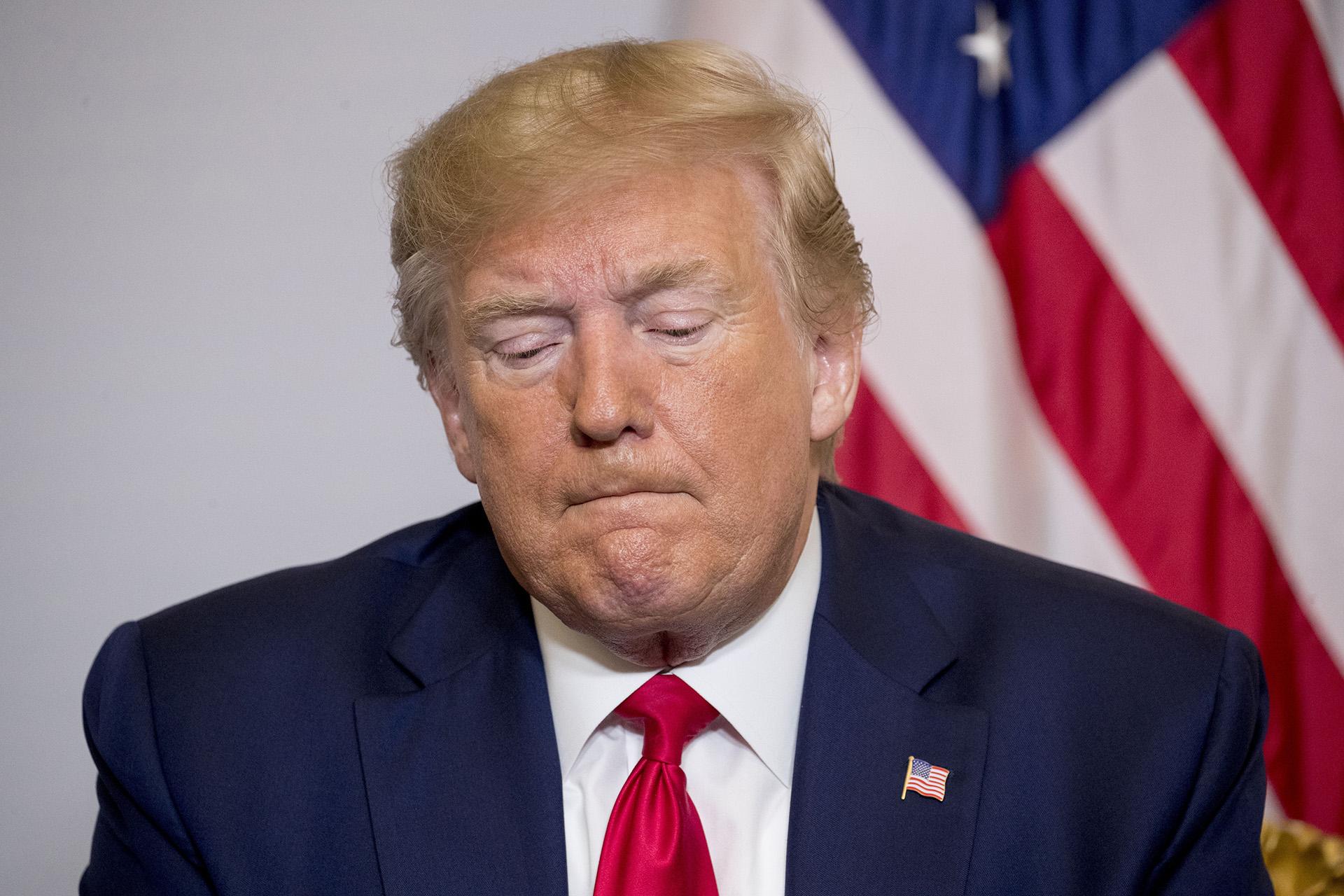 BIARRITZ, France (AP) — President Donald Trump, facing pressure to scale back a U.S.-China trade war contributing to a global economic slowdown, claimed Monday that serious talks will begin soon although another round has been expected in Washington in September.

Trump said his trade negotiators had received two “very good calls” from China on Sunday. But a spokesman for China’s foreign ministry said Monday that he didn’t know what calls Trump was talking about.

Trump expressed his optimism about China hours after he sent mixed messages on the tariff war. He at first seemed to express regret Sunday over escalating the trade dispute, but the White House later said his only regret was that he didn’t impose even higher tariffs on China.

On Monday, Trump claimed the Sunday evening conversations meant China is serious about making a deal. He said later Monday that talks also had taken place before Sunday.

“I think we’re going to have a deal, because now we’re dealing on proper terms. They understand and we understand,” Trump said.

He declined to say whether he’s spoken to President Xi Jinping or to identify those involved in the most recent conversations, saying only that they were at the “highest levels.”

“This is the first time I’ve seen them where they really want to make a deal. And I think that’s a very positive step,” Trump added as he met with Egypt’s president on the sidelines of the Group of Seven summit.

Whenever he is asked about China, Trump almost always says he believes they want to make a deal more than he does.

He said Monday that the two sides will begin “talking very seriously,” adding that after the calls he believes the Chinese “mean business.”

The Chinese were unaware of any recent conversations.

“I have not heard of the weekend calls mentioned by the United States,” said Geng Shuang, a spokesman for China’s foreign ministry.

A Chinese delegation long had been expected to travel to Washington in September to continue talks and that remained the case after Trump’s escalation Friday following China’s tariff announcement.

It was unclear if Trump was referring to the previously scheduled talks next month or something else. 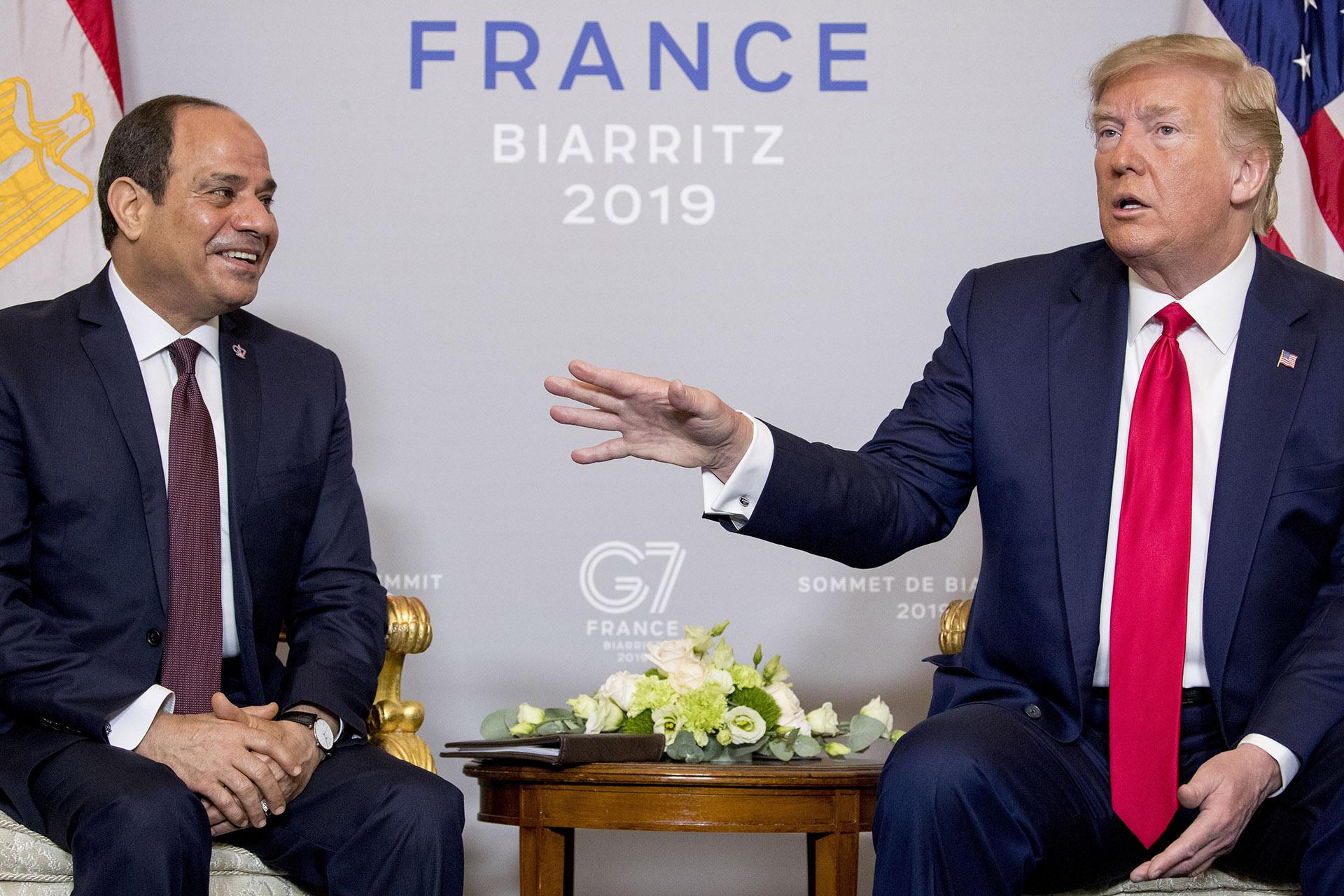 Trump’s comments about China came as he acknowledged, for the first time, Sunday’s surprise appearance at the G-7 summit by Iranian Foreign Minister Javad Zarif, and as the international gathering put Trump’s differences with his counterparts on display.

But Trump on Monday repeatedly claimed the reports of disagreements were overblown, starting with the Zarif visit.

Uncharacteristically silent Sunday while Zarif was in Biarritz, where the summit is being held, Trump insisted that Macron had asked his “approval” before inviting Zarif to attend. Macron is working to lower tensions in the Persian Gulf. And Trump rejected the assertion by some allies that the invitation to Zarif was somehow an insult.

“I spoke to President Macron yesterday and I knew everything he was doing and I approved whatever he was doing and I thought it was fine,” Trump said of the Zarif talks. He said he thought it was too soon for he and Zarif to meet but wouldn’t say whether any Americans had been in contact with the Iranian. The Iranian government had said it would not meet with any Americans during the eight-hour visit to France.

Trump said there could soon be time for a meeting between himself and Iranian officials, but refused to lay out clear steps forward or say if he’d be willing to accede to a plan put forward by Macron to offer Iran some relief from crushing petroleum sanctions in exchange for restarting nuclear talks.

He said of the Iran talks, “It’s all very new. They’re under a lot of financial stress.”

After the China trade talks broke down this spring, Trump and Xi agreed in June to resume negotiations. Talks in Shanghai in July ended without any indication of progress, and the White House said at the time that Chinese negotiators would come to Washington in September.

Trump last week hiked tariffs on China after China taxed some U.S. imports in retaliation for a previous round of imports levied by Trump.

Trump also “ordered” U.S. corporations to find alternatives to doing business in China and threatened to declare a national emergency to enforce it. He softened the threat Sunday, saying he would only consider it if China again responded with raising tariffs on American goods.

Trump also said Monday that his private golf resort near Miami is the likely venue for next year’s summit, when it’s the U.S. turn to host the annual gathering. He said a final decision has not been made.

Trump said the club, Trump National Doral, is located minutes from Miami’s international airport and has plenty of acreage and properties to accommodate the G-7 leaders and their delegations.