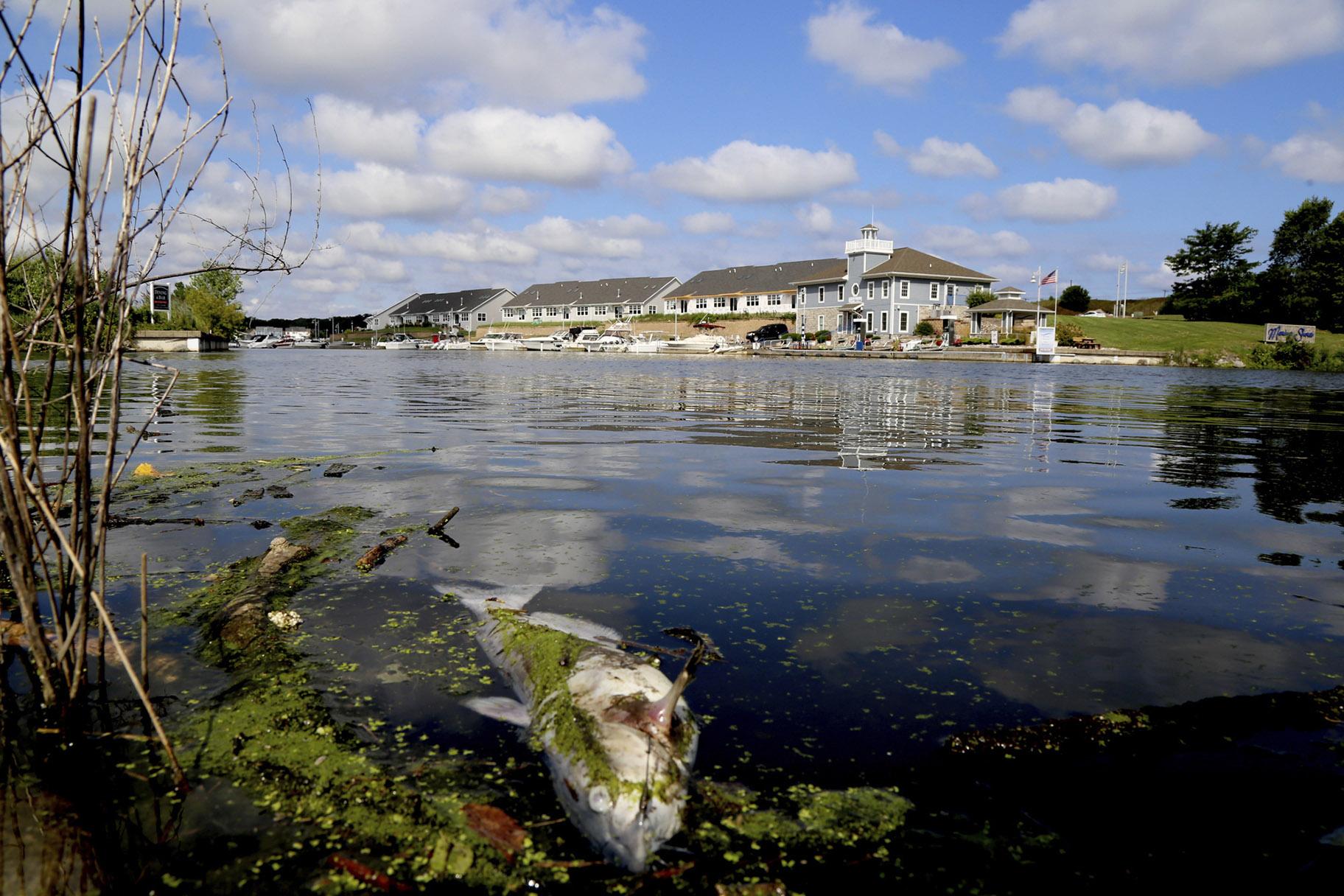 In this Thursday, Aug. 15, 2019 photo, a dead catfish floats along the bank of the Burns Ditch near the Portage Marina in Portage, Indiana. Some beaches along northwestern Indiana’s Lake Michigan shoreline are closed after authorities say a chemical spill in a tributary caused a fish kill. (John Luke / The Times via AP)

PORTAGE, Ind. (AP) — A steel company apologized for a spill of cyanide and ammonia that led to a fish kill and prompted the closure of beaches along Lake Michigan.

ArcelorMittal issued a statement Friday night saying it “apologizes and accepts responsibility for the incident from the Burns Harbor facility.”

The National Park Service closed the Portage Lakefront and Riverwalk beach areas at Indiana Dunes National Park and waters out to 300 feet. The nearby city of Ogden Dunes also closed its beach. The fish kill occurred near a yacht club and marina in Portage, about 25 miles east of Chicago

ArcelorMittal said the spill resulted after its Burns Harbor mill “experienced a failure at the blast furnace water recirculation system. This isolated event resulted in the release of wastewater containing elevated levels of ammonia and cyanide.”

“The recirculating system has been repaired and normal operations have resumed. Although sampling is ongoing, we are confident that the facility’s wastewater system is operating within normal ranges,” the statement said.

The statement did not say when the spill occurred, but Portage Mayor John Cannon told The (Northwest Indiana) Times that the Indiana Department of Environmental Management and others learned of it Monday.

The state agency has said the mill released the chemicals into the Little Calumet River’s east branch. It was unclear how much of the two chemicals entered the Lake Michigan tributary.

The Portage Port Authority, a local marina development and various individuals have filed notice of their intent to sue ArcelorMittal for violations of the Clean Water Act, attorney Thomas Dogan told the newspaper.

The Centers for Disease Control and Prevention says cyanide “is a rapidly acting, potentially deadly chemical that can exist in various forms” including cyanide salts, which are used in metallurgy for electroplating, metal cleaning and removing gold from ore.