Retired U.S. Supreme Court Justice John Paul Stevens, who died Tuesday at the age of 99 from complications from a stroke, spent his final days in Fort Lauderdale, Florida, but he was born and raised in Chicago.

In a 2008 interview, Stevens spoke about playing sports in the street and park across the street from his Hyde Park childhood home.

“We had a big house and it was close enough to school so that after school if it was winter the kids could come home, we could play Blind Man’s Bluff and all sorts of important games. Or in good weather, we used to play Kick the Can out on 58th Street,” he said. (Watch the full interview here.)

His early upbringing was a privileged one – his family was literally on top of the world. That’s how Chicago’s official cultural historian Tim Samuelson describes it, given that the Stevens family owned the Stevens Hotel on Michigan Avenue.

“That opened in 1927. Imagine being a 6- 7-year-old running through that hotel,” Samuelson said.

Visitors can still view a bronze statue of a naked boy that’s modeled after Stevens when he was a youth. 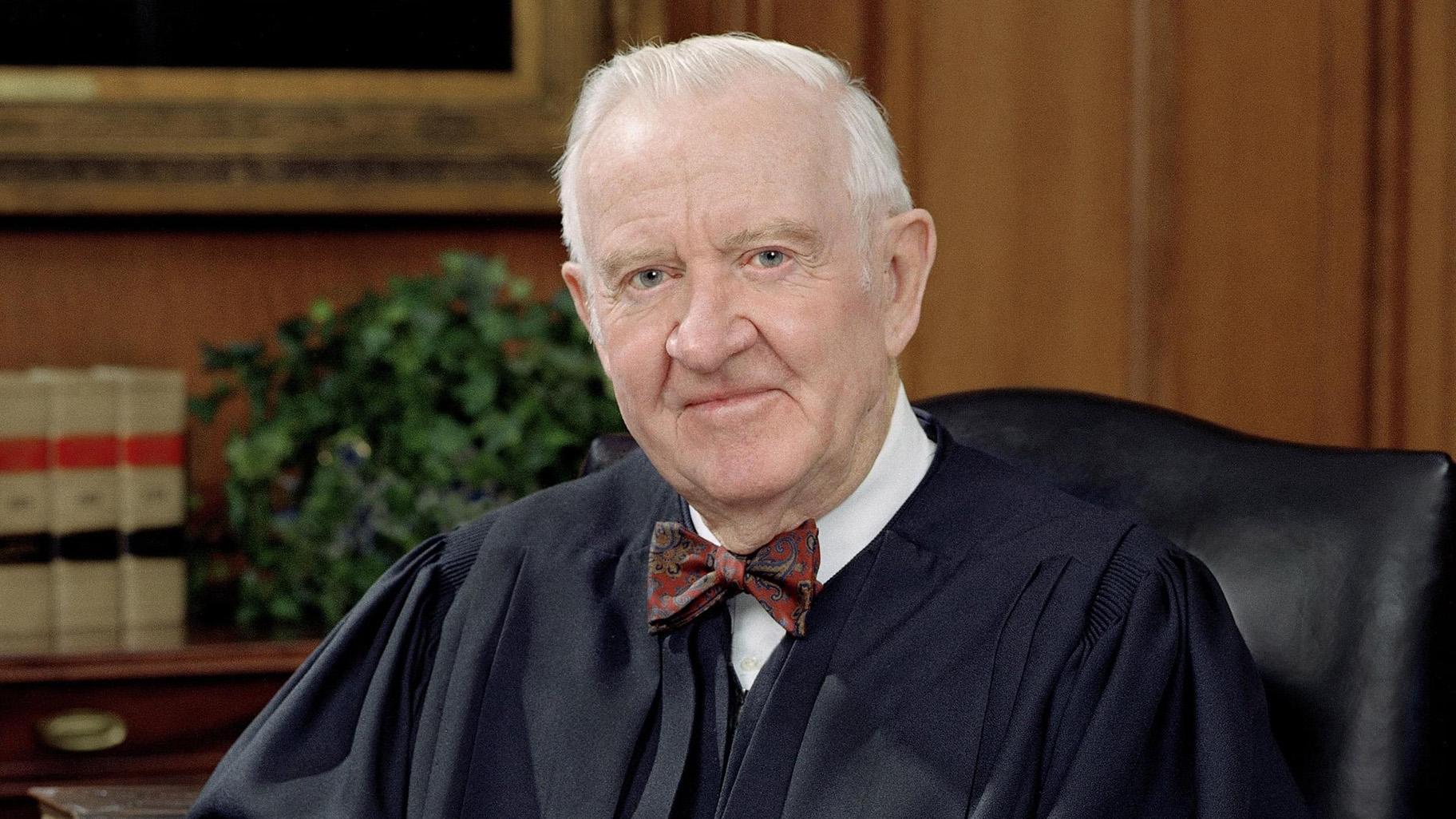 Stevens attended the University of Chicago Lab School through high school, and graduated from the University of Chicago with a degree in English. He went on to serve in the military as a code breaker during World War II before coming back to Chicago, where he graduated at the top of his class at Northwestern University’s law school. After working for a private law firm, he and several partners started their own firm, with offices at 120 S. LaSalle St.

Former President Gerald Ford appointed Stevens to the U.S. Supreme Court, and he served on the bench from 1975 until 2010.

Stevens’ former law clerk Nancy Marder, who now heads the John Paul Stevens Jury Center, says of Stevens: “He cared very much about the institution of the court and its traditions and adhering to them. He thought that collegiality was very important. He loved the work that he did on the court.”

Other former clerks who work in the Chicago area and have fond memories of working under Stevens include Edward Siskel, former corporation counsel for the city, and Constantine Trela Jr., who is part of the Supreme Court practice at Sidley Austin’s Chicago office.

“I consider him not just a giant in terms of his role in the law but also a mentor to me, and somebody who was incredibly warm, and interested in the lives of all of his clerks,” Siskel said.

Many of Stevens’ former clerks celebrated with him in Florida in May, when he turned 99 years old his memoir “The Making of a Justice” was published.

Though he was known as a conservative when he first took the bench, Stevens is now perceived as a liberal. But University of Chicago Law School’s Geoff Stone said that’s not due to shifts in Stevens – it’s due to a shift of the court as Republican presidents appointed increasingly conservative justices.

That led to an ideological divide that now often leaves the court split. Stevens spoke out about that upon his retirement.

“Stevens did this because he really felt a responsibility to the nation and he was concerned about the direction the court was taking,” Stone said. “And felt that it was important for people to hear that someone who was always regarded as a moderate conservative had come to the view that the current Supreme Court had kind of gone off the rails.”

It wasn’t all serious, though.

Stevens was a lifelong, avid Chicago sports fan, and swears he was actually in the Wrigely Field stands during the World Series game when Babe Ruth pointed to a place over the scoreboard, and then hit a home run in that direction.

“I really was there. I think there are probably a couple million people who contend they were there, but I really was,” he said.

Video: In 2008, the Chicago History Museum honored Supreme Court Justice John Paul Stevens with one of its Making History Awards. Stevens sat down with WTTW’s V.J. McAleer for a video the station produced for the awards presentation. Here you can see the raw interview, with Stevens talking about growing up in Chicago, his Chicago Cubs fandom, seeing Babe Ruth play in the World Series at Wrigley Field and more.