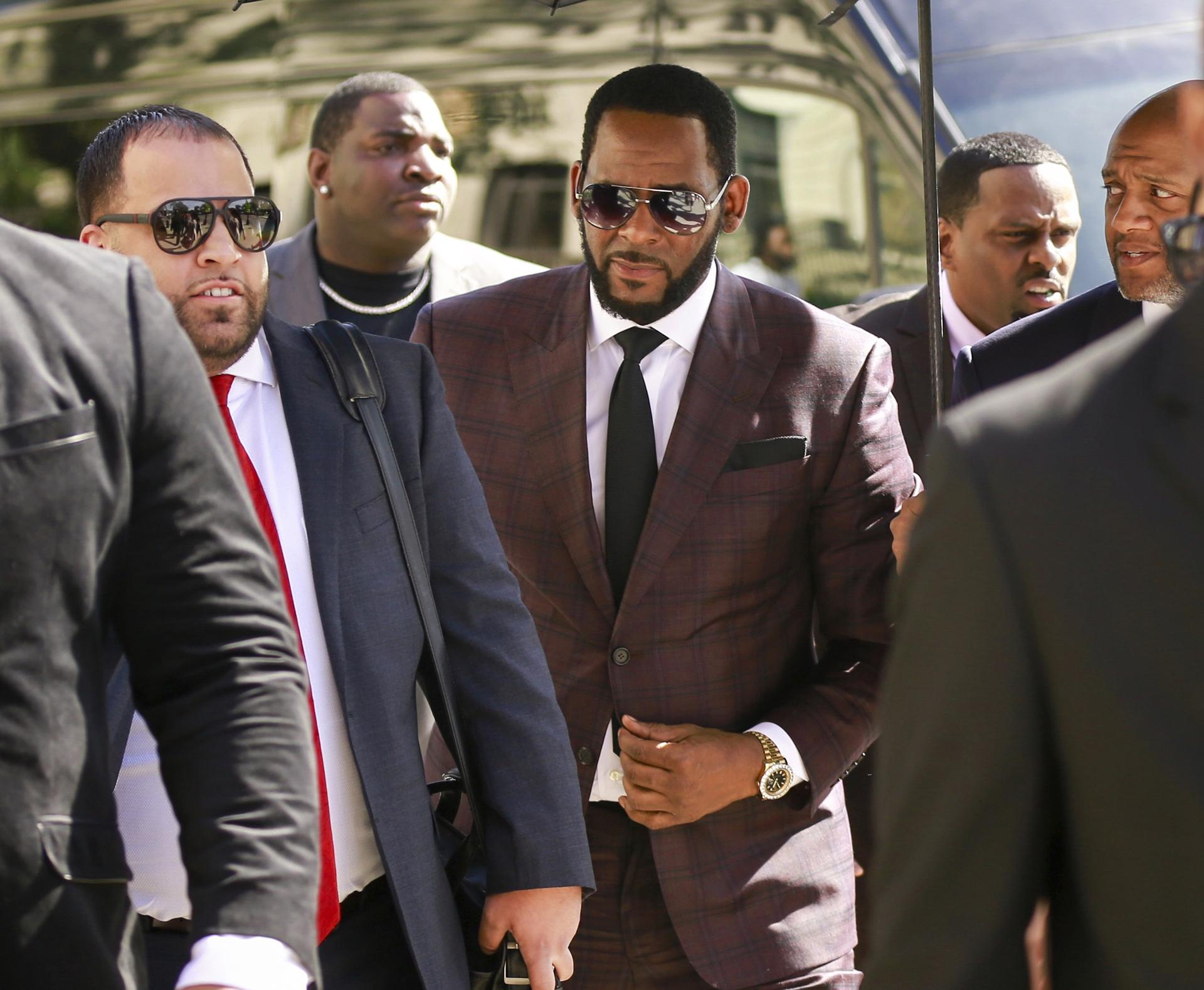 CHICAGO (AP) — Singer R. Kelly, already facing sexual abuse charges brought by Illinois prosecutors, was arrested in Chicago on sweeping federal indictments that accuse him and members of his entourage of recruiting women and girls to engage in illegal sexual activity with the performer and later paying victims and witnesses to cover up his crimes.

An indictment unsealed Friday in the Eastern District of New York includes charges of racketeering, kidnapping, forced labor and the sexual exploitation of a child. It says Kelly and his managers, bodyguards and other assistants picked out women and girls at concerts and other venues and arranged for them to travel to see Kelly. They also set rules the women and girls had to follow, including not leaving their rooms — even to eat or go to the bathroom — without Kelly’s permission, calling the singer “Daddy,” and not looking at other men, the indictment alleges.

The indictment alleges that the criminal acts occurred over two decades dating back to 1999, both in the U.S. and overseas. It accuses Kelly of engaging in sexual acts with girls under 18 and without disclosing that he had a sexually transmitted disease. It also accuses him of producing child pornography, including by asking minors to send him photographs.

A separate 13-count indictment filed in Chicago federal court details efforts to cover up sexually explicit videos of Kelly with underage girls. Prosecutors say the defendants paid hundreds of thousands of dollars to victims and witnesses to make sure they wouldn’t cooperate with law enforcement. It also accuses Kelly of using physical abuse, violence and blackmail to prevent victims from providing evidence to law enforcement.

The Chicago indictment charges Kelly with child sex crimes, including producing child pornography, and conspiracy to defraud the U.S. government. It also names Kelly’s business manager and another employee.

U.S. Attorney’s Office spokesman Joseph Fitzpatrick said the R&B singer was out walking his dog when he was taken into custody about 7 p.m. Thursday and was being held by federal authorities. According to the Federal Bureau of Prisons website, Kelly is being held at the high-rise Metropolitan Correctional Center, in downtown Chicago.

He was arrested after the indictment was handed down earlier Thursday in federal court for the Northern District of Illinois. He is scheduled to be arraigned in Chicago federal court on Tuesday afternoon.

Kelly’s attorney, Steve Greenberg, said Friday that federal agents arrested Kelly on charges out of Illinois and New York. The singer hopes to be released after a bail hearing early next week, Greenberg said.

The conduct Kelly is charged with in federal court “appears to largely be the same” as what he is charged with in state court, Greenberg said, adding that Kelly “was aware of the investigations and the charges were not a surprise.”

“He and his lawyers look forward to his day in court, to the truth coming out and to his vindication from what has been an unprecedented assault by others for their own personal gain,” Greenberg said, adding that Kelly looks forward to being able to continue making music and performing “for his legions of fans that believe in him.”

The arrest was the second time this year that Kelly has been taken into custody in Chicago on sex charges. The 52-year-old Grammy winner, whose real name is Robert Kelly, was arrested in February on 10 counts in Illinois of sexually abusing three girls and a woman. He pleaded not guilty to those charges and was released on bail.

Then on May 30, Cook County prosecutors added 11 more sex-related counts involving one of the women who accused him of sexually abusing her when she was underage.

Darrell Johnson, a publicist for Kelly, said he planned to deliver a statement about the latest developments at a Friday morning news conference in Atlanta. He declined to comment ahead of that time.

Kelly’s attorneys could not immediately be reached for comment on the federal charges.

Kelly has faced mounting legal troubles this year after Lifetime aired a documentary “Surviving R. Kelly,” which revisited allegations of sexual abuse of girls. The series followed the BBC’s “R Kelly: Sex, Girls & Videotapes,” released in 2018, that alleged the singer was holding women against their will and running a “sex cult.”

Soon after the release of the Lifetime documentary, Cook County State’s Attorney Kim Foxx said her office had been inundated with calls about the allegations in the documentary. Her office’s investigation led to the charges in February and additional counts added in May.

Kim Foxx said she was pleased to work with the feds in securing the new charges, which she said demonstrate “the collaborative efforts of our criminal justice system.”

“And let us be clear: this is not just about surviving R. Kelly,” she said in a statement Friday. “For most victims, it’s about surviving a less famous abuser, a trusted adult, or a total stranger.

“As a prosecutor and a survivor of sexual assault, I recognize the courage it takes to come forward, and I understand the trauma of doing so. The Cook County State’s Attorney’s Office will continue to prioritize public safety and support all victims of crime, and we will remain a compassionate resource for survivors as they regain their power and heal.”

Kelly avoided prison after similar allegations were made more than a decade ago. A jury in 2008 acquitted him of child pornography charges that stemmed from a videotape, obtained by the Chicago Sun-Times, allegedly showing Kelly having sex with a minor.