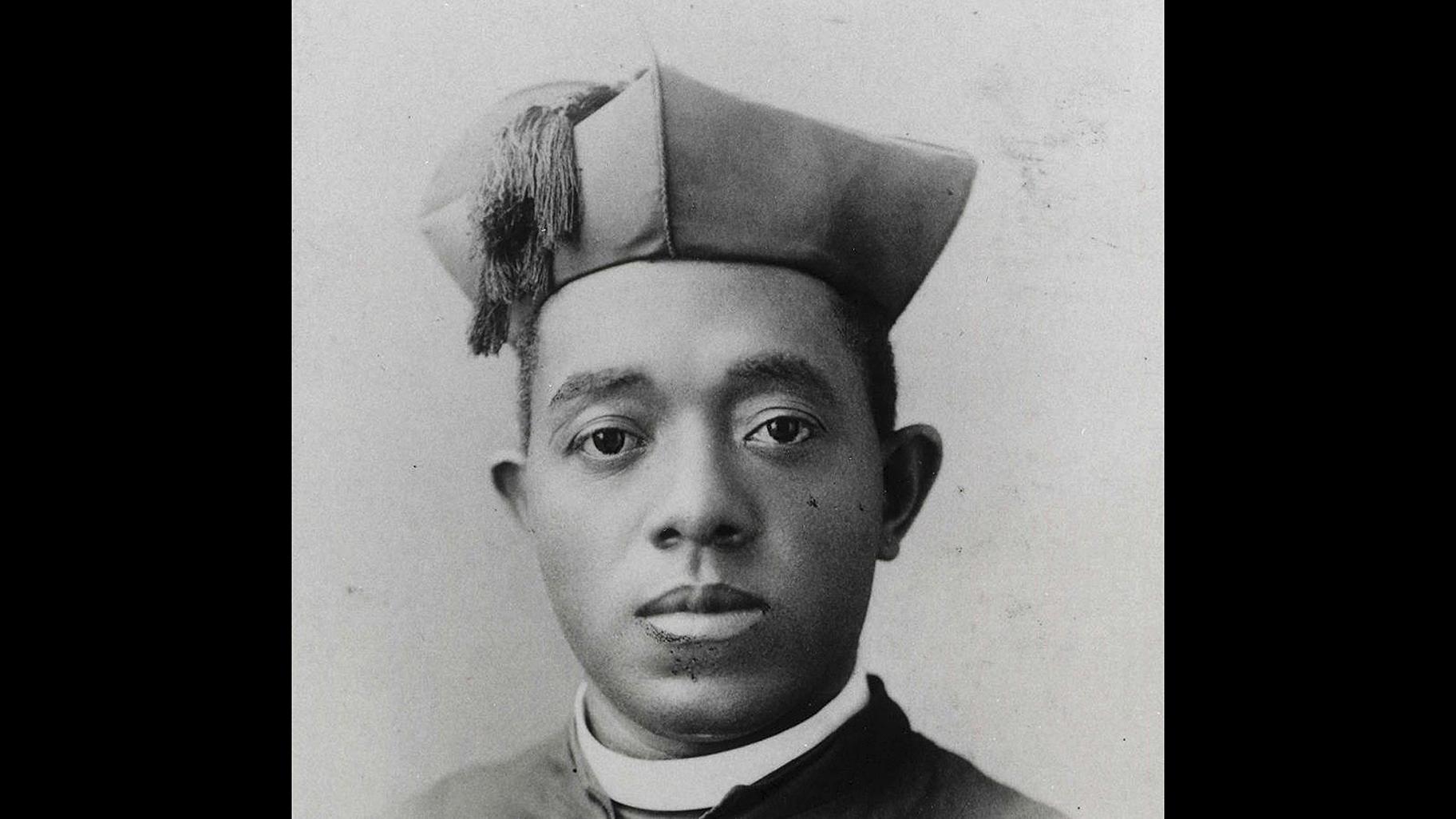 This undated shows the Rev. Augustine Tolton. Pope Francis has positioned for sainthood a former slave and the first known black priest in America. (Photo courtesy the Diocese of Springfield via AP)

The pontiff’s designation of the Rev. Augustine Tolton as venerable, meaning the church intensely scrutinized his life and recognizes it as one of “heroic virtue,” puts Tolton two steps away from possible canonization, the Diocese of Springfield explained in announcing the designation.

Born to a Missouri slave in 1854, Tolton, his mother and two siblings, with help from Union soldiers, eluded Confederate guns and escaped across the Mississippi River into Illinois in 1862, settling in Quincy, a river city about 110 miles northwest of St. Louis.

Baptized a Catholic, the faith of his family’s Missouri owners, Tolton studied for the priesthood in Rome because his race precluded his acceptance to a U.S. seminary.

“Father Tolton’s story, from slave to priest, is an incredible journey that shows how God has a plan for all of us,” Bishop Thomas John Paprocki of the Springfield Diocese said in a statement. “Father Tolton overcame the odds of slavery, prejudice and racism ... (and) carried his crosses in life quietly and heroically.”

Work continues on Tolton’s history. If a miracle can be attributed to his ministry, the pope may declare him “blessed.” A second miracle would make him eligible for sainthood. The Springfield Diocese, which includes Quincy, and the Archdiocese of Chicago, where Tolton ministered to the poor before dying at 43 in 1897, have been working on his canonization since 2003.

Michael Patrick Murphy, director of Catholic Studies for Loyola University Chicago’s Department of Theology, said for Tolton to move from “Servant of God” in 2011 to “venerable” just eight years later indicates the seriousness of the church’s review. Reaching the “venerable” stage “kicks the machine into gear” as researchers search for miracles, a weighty and fact-reliant process, he said.

“Miracles by definition interrupt the laws of nature,” Murphy said. “But there are such strenuous, intellectual processes that are so normative- and so protocol-driven that there can’t be a retroactive, ‘Let’s make this happen’ type-of-thing.”

Tolton assumed he would work in Africa, but once ordained at age 31, he was sent back to Quincy. A biographer recounted Tolton’s conversation with another cleric shortly before departing in which he wondered whether America deserved being called by many the world’s most enlightened nation. “If America has not yet seen a black priest,” Tolton said, “it must see one now.”

He endured three years of racism in Quincy before “Good Father Gus” moved to Chicago. He is buried in Quincy.

Paprocki said the diocese is exploring establishing a shrine to Tolton, perhaps in a now-closed Quincy church.

“From slave to priest. That’s an amazing American story,” Murphy said. “He went from having lived amid the greatest sin in American culture to being a minister that would address that kind of moral crime, a fully scoped life. Prisoner to liberator.”