“Although this is an important case, this is not a difficult case,” said U.S. District Judge John Robert Blakey after hearing nearly an hour of arguments, adding that the park shouldn’t be considered a “nature preserve.”

“There should be no delay in construction,” he said.

Blakey’s quick announcement in court surprised many. He later issued a detailed, 52-page ruling in which he called the park advocacy group’s arguments unconvincing.

Protect Our Parks’ lawsuit, along with a federal review, has halted progress on the planned state-of-the-art museum and library that was supposed to open in 2021 in Jackson Park. The 500-acre park along Lake Michigan is on the National Register of Historic Places.

Among other things, Protect Our Parks argued the city illegally transferred land for the park to The Obama Foundation, a private entity overseeing construction of the center. In court, Protect Our Parks attorney Mark Roth accused the city of allowing a “massive giveaway” to the foundation and questioned the public benefit.

“The city devised a scheme to indirectly do what they couldn’t directly do,” Roth said. 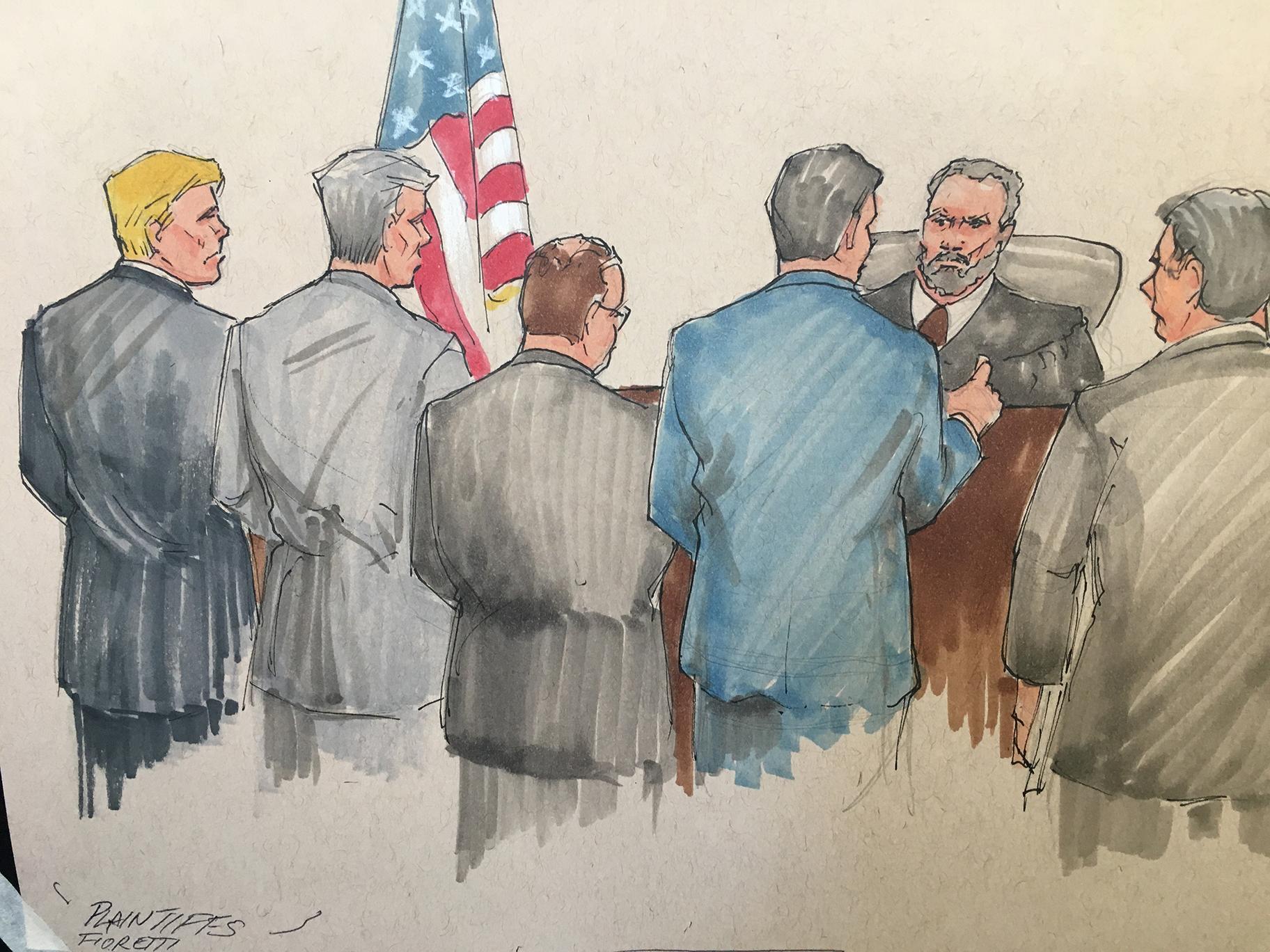 Meanwhile, lawyers for the city contended the whole museum was a public benefit itself, along with plans to maintain the park grounds. City attorneys have also accused the parks group of misreading the law and misrepresenting how the land approval works.

“Parks are not just about benches and grass,” said city attorney Michael Scodro. “They’re about buildings and museums.”

“The museum itself is the benefit,” he said.

In siding with the city, Blakey said the center “surely provides a multitude of benefits to the public” including “a range of cultural, artistic, and recreational opportunities.”

Roth said the parks group planned to appeal and would look at other legal options to halt construction.

The site of the center — which is to include a digital presidential library, public library branch, recording studio, classroom space and personal artifacts — is near where the former president began his political career and lived with his family before moving to the White House. The facility, on 20 acres of the park, will be paid for with private donations.

Obama has traveled back to Chicago to attend community meetings since leaving the White House, touting the center as a “premier institution” for youth leadership that will also revitalize the area and create thousands of jobs.

“Our vision for the Obama Presidential Center has always been one where the location reinforces the project’s core aims: a celebration of history, a place of connection and engagement for the public, and an investment in community,” Obama Foundation CEO David Simas said in a statement. 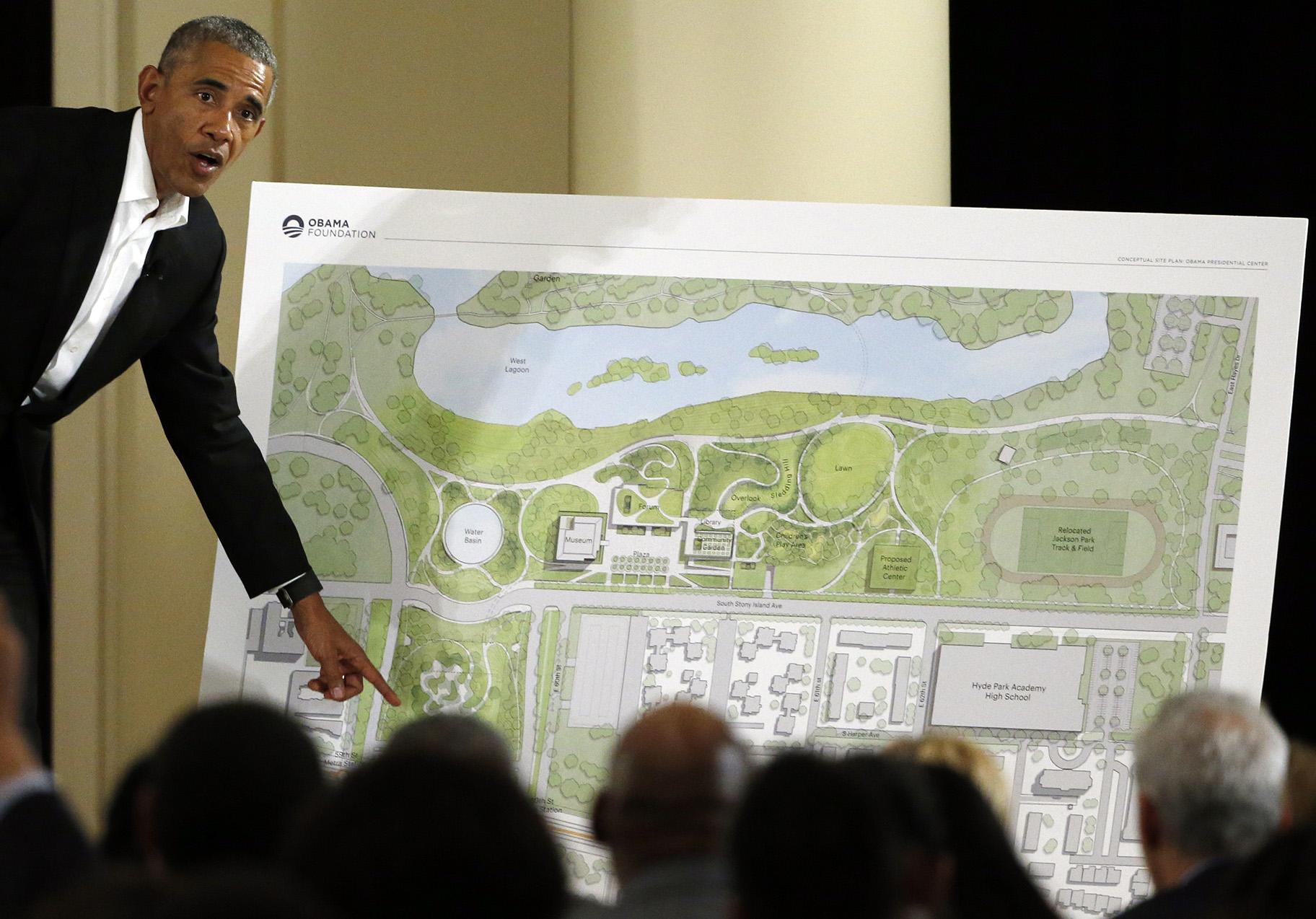 In this May 3, 2017 file photo, former President Barack Obama speaks at a community event on the Presidential Center at the South Shore Cultural Center in Chicago. (AP Photo / Nam Y. Huh, File)

While the library has also faced criticism from residents over the traffic it will bring and people it will displace, Tuesday’s decision was largely celebrated by neighborhood organizations and business groups that said the center will bring more opportunities to a section of Chicago that includes low-income neighborhoods.

“This is a benefit to our community,” said Erin Adams, a single mom who lives nearby and uses the park often.