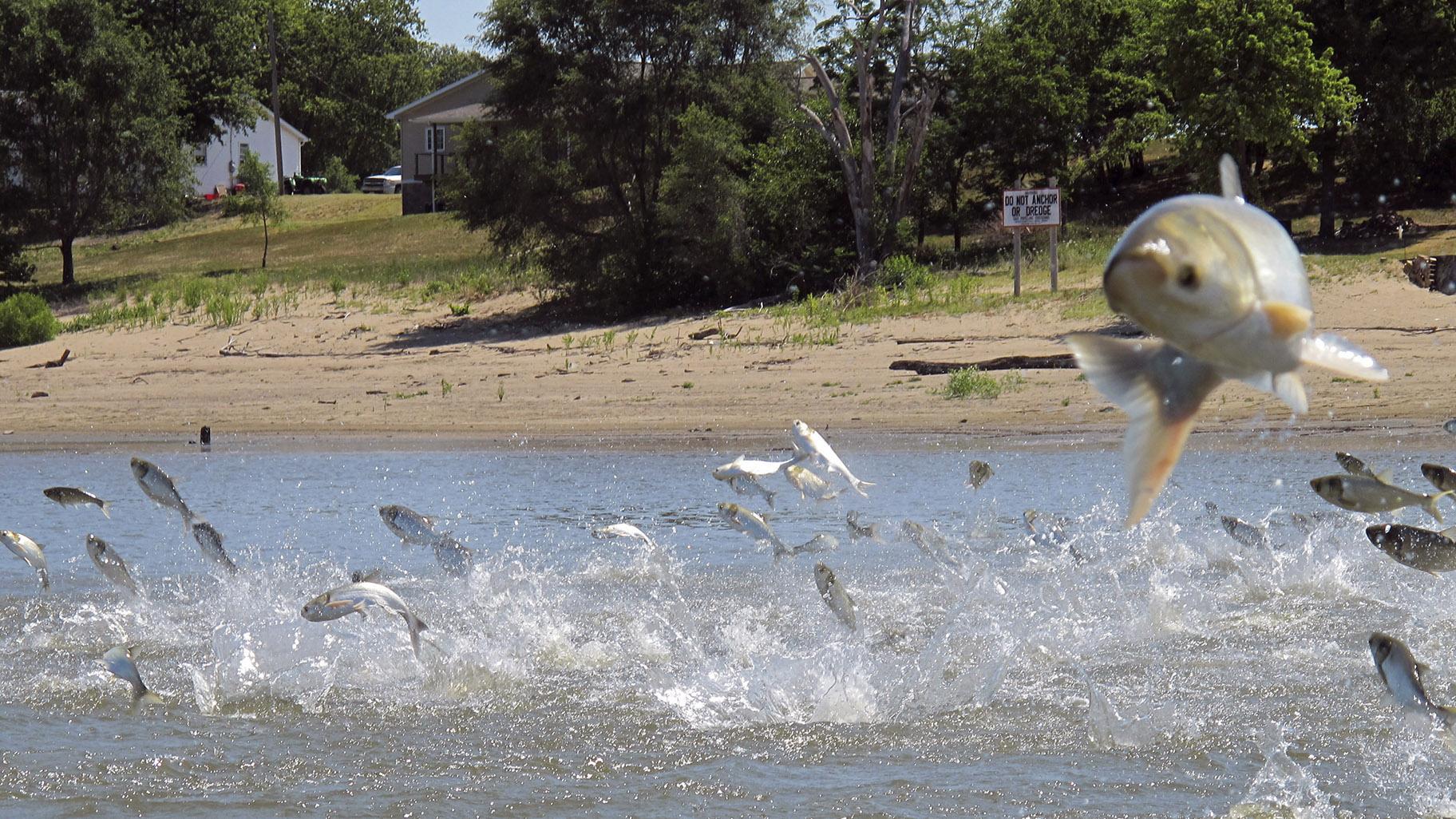 TRAVERSE CITY, Mich. (AP) — The head of the Army Corps of Engineers has sent Congress a $778 million plan to fortify an Illinois waterway with noisemakers, electric cables and other devices in the hope that they will prevent Asian carp from reaching the Great Lakes, where the aggressive invaders could leave other fish with too little to eat.

Lt. Gen. Todd Semonite on Thursday approved the plan to install defenses at the Brandon Road Lock and Dam near Joliet, Illinois, about 40 miles from Lake Michigan. The site is a crucial choke point in an aquatic pathway between the lake and the carp-infested Illinois River.

The plan represents a compromise between proposals to erect barriers that would seal off Lake Michigan from the river and less drastic measures such as stepped-up commercial fishing.

Environmentalists and states including Michigan had argued for physical separation, while Illinois and Indiana contended that it would disrupt cargo shipping and that a Chicago-area electric barrier was keeping the carp at bay.

Although only a few live Asian carp have been found past the barrier; the fish’s DNA has turned up there as recently as April, when water samples were taken from Chicago’s Lake Calumet. The Corps says the leading edge of adult bighead and silver carp — the most feared of several Asian species because they gorge on plankton that other fish need — is about 4 miles from the Brandon Road complex.

“The Brandon Road project is the only shot we have to get additional protections in place to stop the carp,” said Marc Smith of the National Wildlife Federation. “It will significantly reduce the risk.”

The plan calls for installing a gantlet of technologies intended to repel approaching fish, including additional electric barriers and underwater speakers that would blast loud noises, plus an “air bubble curtain.” A specially designed “flushing lock” would wash away carp that might be floating on the water as vessels pass through.

Semonite’s endorsement came more than five years after the Army Corps offered a series of options for blocking the carp’s advance.

It’s now up to Congress to decide whether to authorize the project and provide most of the funding. A pending House bill recommends $3.8 million for preconstruction, engineering and design work in 2020. The expected completion date is March 2027.

“With the Asian Carp on the doorstep of our region’s most vital natural resource, we have a small window of time to stop this invasive species before it inflicts irreparable damage on our Great Lakes and our $7 billion fishing industry and equally important tourism industry,” said Rep. Marcy Kaptur, an Ohio Democrat who chairs the Appropriations Subcommittee on Energy and Water Development.

Bipartisan teamwork will be essential, particularly given the plan’s escalating cost, said Molly Flanagan of the Alliance for the Great Lakes.

A draft released in 2017 estimated that the project would cost $275 million. The final version put the price tag at $778 million, and that would be under an “expedited” scenario in which the various technologies would be installed at the same time. It could reach $832 million under an alternative “phased” strategy, spokesman Allen Marshall said.

Another key will be getting financial support from Great Lakes states. The Army Corps generally requires non-federal partners to pay 35% of a project’s construction costs, although Congress could waive some or all of the requirement.

Illinois Gov. J.B. Pritzker last month authorized his state’s cooperation with initial phases of the program but said he wouldn’t commit to long-term support without efforts to limit costs and contributions from other states.

Sens. Dick Durbin and Tammy Duckworth, both Illinois Democrats, said Friday that they would seek congressional approval “under a cost-share agreement that will ensure Illinois isn’t left footing the bill for a project that will benefit the entire Great Lakes region.”