Illinois Set to Hike Minimum Wage to $15, Highest in Midwest 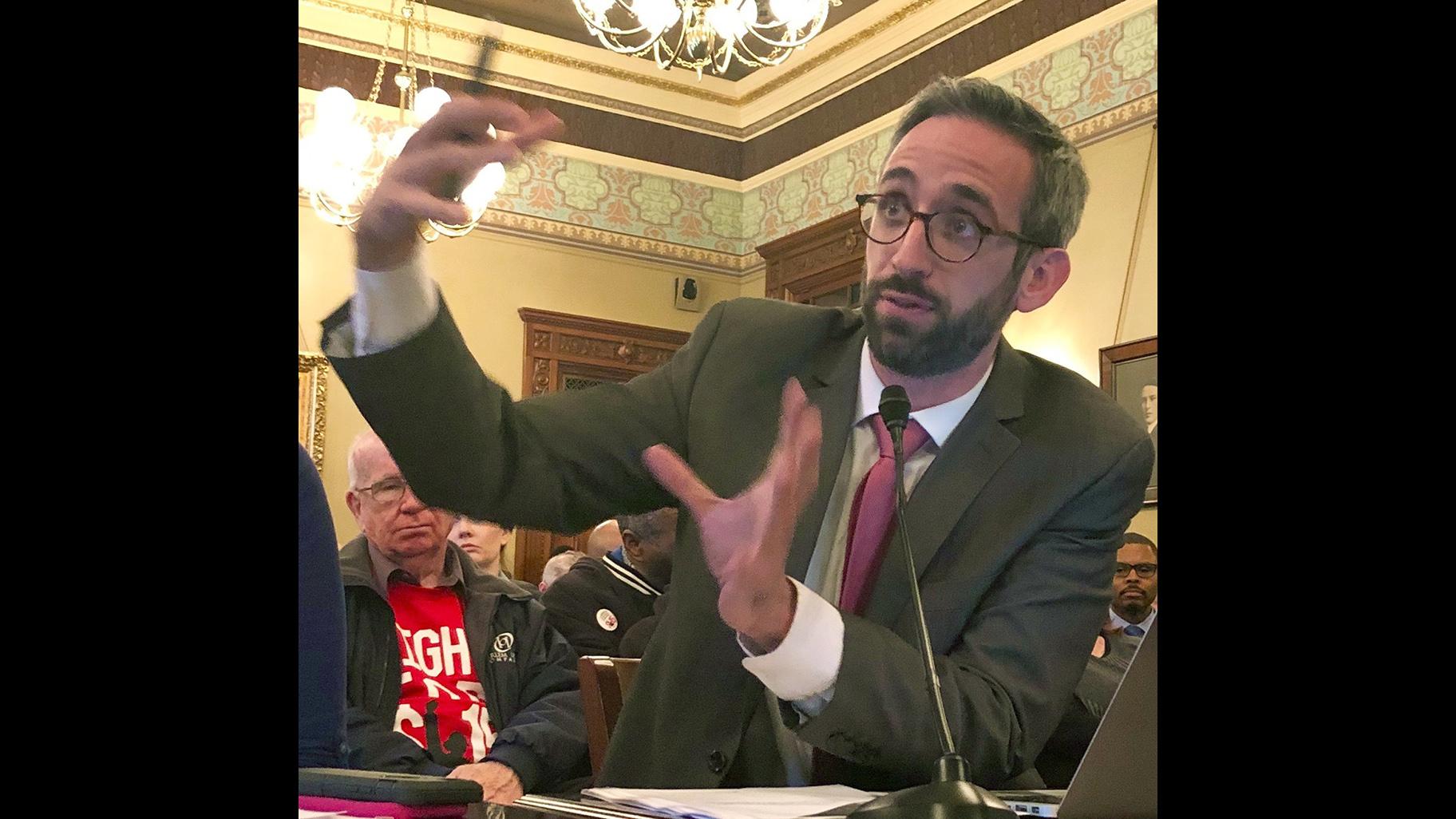 Illinois state Rep. Will Guzzardi, D-Chicago, testifies before the Labor and Commerce Committee on Wednesday, Feb. 13, 2019 on his proposal to increase the minimum wage to $15 by 2025. (AP Photo / John O’Connor)

SPRINGFIELD, Ill. (AP) — Illinois legislators moved quickly Thursday to deliver one of new Democratic Gov. J.B. Pritzker’s top campaign promises, a gradual hike in the statewide minimum wage from $8.25 to $15 an hour — more than double the pay floor that most of its Midwestern neighbors require.

The state House voted 69-41 to send the Senate-approved plan to Pritzker, who watched the roll call from the House floor. He’d urged lawmakers to send him the legislation before next Wednesday, when he announces his first budget plan.

Republicans lashed out at Democrats for refusing to compromise and pushing too fast, particularly because the first wage increase wouldn’t occur until January.

“People should not go to work 40 hours a week and still not be able to put food on their table,” said Rep. Emanuel “Chris” Welch, a Hillside Democrat. “This bill helps our entire state. The cost of living across the state for working families in Illinois is rising.”

California, Massachusetts, New Jersey, New York and the District of Columbia have adopted laws to increase the base wage to $15 before Illinois reaches the mark in 2025.

But Illinois stands alone in the nation’s midsection, surrounded by states with lower wages. Indiana, Wisconsin and Iowa offer the federal minimum wage of $7.25. Missouri currently offers $8.60, a wage scheduled to increase to $12 by 2023.

During more than two hours of debate Thursday, Republicans, who have long criticized high costs on business in the form of workers’ compensation insurance and property taxes, complained the steep and costly wage ramp is another impediment to commerce. They argue it will cost jobs in a state where statistics show more than 60 percent of residents live within 40 miles of a state border.

“People vote with the dollars, and they vote with the feet,” said Rep. Randy Frese, a Republican from Paloma is west-central Illinois. “Our region may see economic growth, but the growth will be on the other side of the border, which doesn’t benefit Illinois.”

Guzzardi has repeatedly cited research showing no damaging economic effects where the minimum wage has increased. He said the only way to predict what will happen with an 82 percent wage hike in six years is to look at historical data.

“Raising the minimum wage has no net effect on employment, it doesn’t drive jobs out of the state,” Guzzardi said. “All it does is put money in people’s pockets who need it.”

Pritzker, who joined Guzzardi on the House floor, must make room in the budget for the increase. The government will have to finance increased wages for thousands of university students who make minimum wage in on-campus jobs or workers for health care institutions funded by Medicaid.

His office released figures this month on the costs to government of the hike. In 2021, when the wage is $10.25, the state would face $269 million in additional costs for workers in human services programs. There would be $59 million more in income and sales taxes receipts from the higher wages. But small-business tax credits in the minimum-wage plan would eat up $23 million of that.