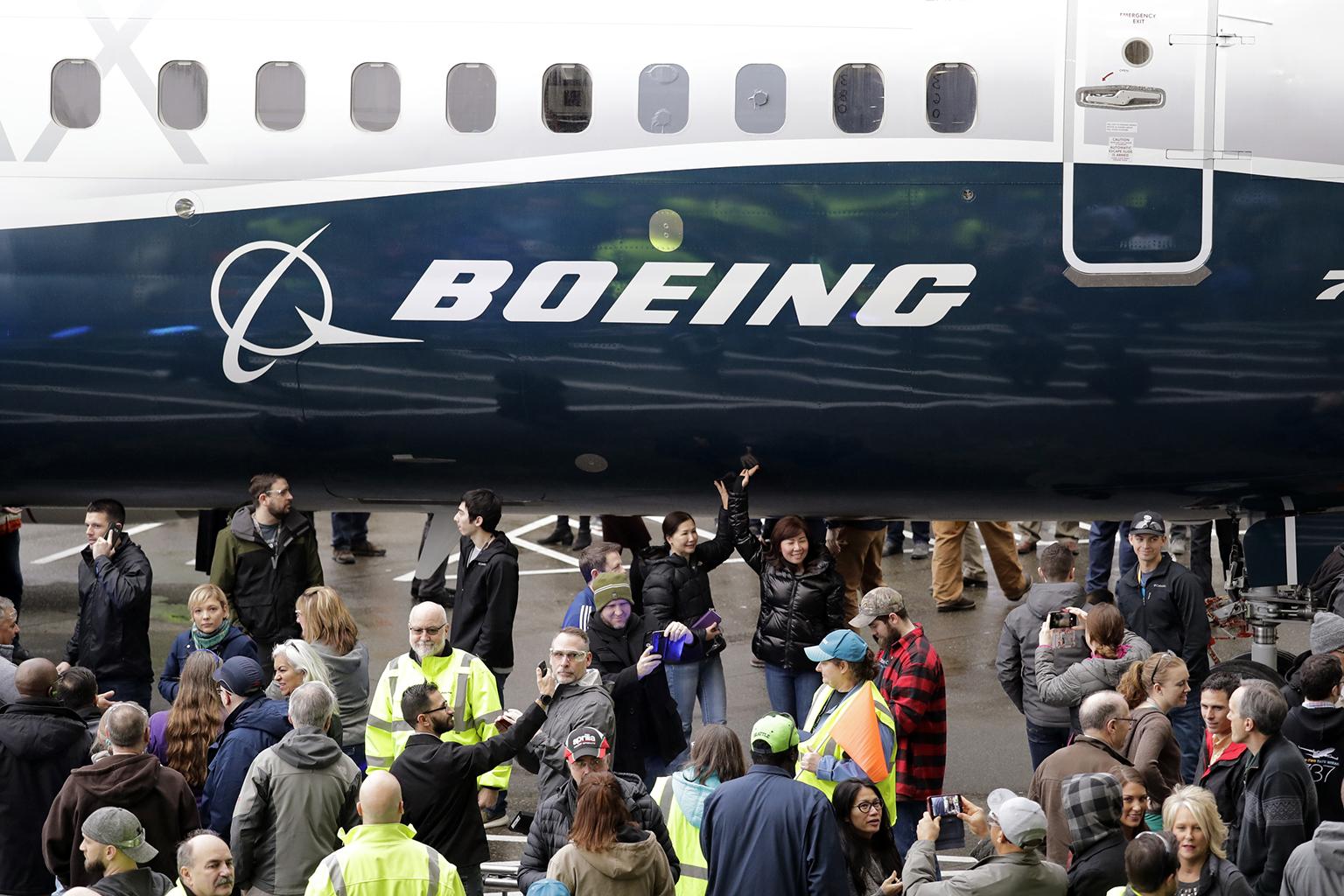 In this Feb. 5, 2018, file photo a Boeing 737 MAX 7, the newest version of Boeing's fastest-selling airplane, is displayed during a debut for employees and media of the new jet in Renton, Wash. (AP Photo / Elaine Thompson, File)

CHICAGO (AP) — Boeing reported annual revenue of more than $100 billion for the first time and shares soared after the company easily beat Wall Street’s profit and sales expectations for the fourth quarter.

The big numbers from the plane maker, which is heavily exposed to trade standoff between the U.S. and China, pushed the Dow higher at the opening bell Wednesday.

U.S. and Chinese negotiators start two days of high-level talks Wednesday aimed at settling a six-month trade war that has weakened both sides, shaken financial markets and clouded the outlook for the global economy.

The Trump administration has imposed penalty tariffs on steel and aluminum imports from a number of countries and on $250 billion of Chinese imports as the administration seeks to apply pressure to other countries to reduce their barriers to American exports. China and other nations have retaliated by imposing penalty tariffs on U.S. exports, sparking a tit-for-tat trade war.

Boeing Co. had net income of $3.42 billion, or $5.93. Earnings, adjusted for non-recurring gains, came to $5.48 per share, easily topping the per-share profit of $4.52 that industry analysts were looking for, according to a poll by Zacks Investment Research. Boeing reported core earnings per share of $5.07 for the same period last year.

The Chicago company’s revenue of $28.34 billion also breezed past projections of $26.65 billion and topped last year's fourth quarter of $24.77 billion.

Boeing shares took off at the opening bell Wednesday, rising 6 percent. Shares have been knocked during the impasse between Washington and Beijing, but they’re up 13 percent this year.