Should Chicago’s mayor be limited to only two terms in office? Should there be an elected consumer advocate on Chicago’s City Council?

These are questions that all Chicago voters will get to answer on their election ballots, or have already answered. Except, the results of these ballot referendums won’t technically count -- or will they?

These are ballot referendums pushed by former Gov. Pat Quinn. Remember, he carried petitions to get signatures to get these questions on the ballot. The text that voters will see on their ballot reads, in part:

“Shall Chicago adopt the following term limit for the office of Mayor effective for the mayoral election in 2019 and thereafter: No person may hold the office of Mayor for more than two consecutive elected 4-year terms (with all prior consecutive elected terms of the current officeholder counted in determining the term limit for that officeholder)?”

“Shall Chicago establish an elected Consumer Advocate for taxpayers and consumers to replace the appointed Commissioner of the Department of Business Affairs and Consumer Protection?”

The idea was that public approval would lead to these items becoming law. But Quinn lost legal challenges to get them to really count. They still appear on the ballot because the legal challenges were ongoing when it came time to print all the ballots up. So, folks can vote on them for good measure, but the results will not be tabulated.

“Since we printed the ballot, that case has been dismissed in court, and we are suppressing those numbers once the totals come in,” said Chicago Election Board Chair Marisel Hernandez. ”We had no choice.”

Quinn has been unsuccessful on this point because of the so-called rule of threes: There can only be three citywide referendums on a ballot, and City Council members had already decided to pose three questions. But they are non-binding, meaning the results will not change any laws. Those questions are: Should the city ban plastic straws, should some lower income homeowners get a property tax exemption, and should the city get a cut of legalized marijuana revenue and put it toward schools and mental health services?

Cook County Clerk David Orr lamented the age-old practice of crowding out citizen-led initiatives with questions like these that won’t make any difference.

“The alderman legally have the right to do that,” Orr said. “I don’t think it’s a good idea, because there may be important things the public wants to vote on.”

But Quinn says the fight isn’t over. There is still a court hearing scheduled to determine whether the board of elections will be forced to make the results of those questions public.

Beyond the citywide referendums, there are various precincts of the city that have their own questions. The only binding question will come in portion of the Avondale, Hermosa and Logan Square neighborhoods, where residents are asked if they support a small added tax to create a community mental health center. This is something that other communities have successfully done.

There are hundreds of ballot questions throughout various parts of Cook County, as well as DuPage, Lake, Kendall and Will. The countywide referendums in Cook County ask residents how they feel about a $13 minimum wage, 40 hours of sick leave for employees to take care of family members, stronger laws to prosecute illegal gun traffickers, and a gun dealer licensing bill.

Election 2018: A Last Look at the Races to Watch 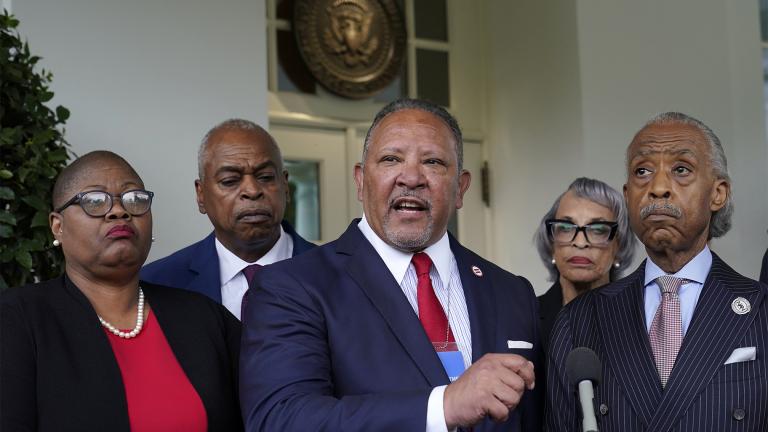