UPDATE: Paris Schutz reports live from March to the Polls 2018.

Women’s March Chicago is throwing another event Saturday. Called March to the Polls 2018, it will honor first-time voters.

“The purpose is to start the midterm elections in Illinois the best way we possibly can, by celebrating first-time voters and making sure they’re all eligible to get registered and cast a ballot in the upcoming election cycle,” said Rudy Garrett, a board member with Women’s March Chicago and the co-deputy director of Chicago Votes.

To help with that effort, the march will feature a Voter Village, opening at 9 a.m. at the intersection of Congress Parkway and Columbus Drive. It will have more than 50 booths from “progressive organizations, political candidates, businesses” to help answer any questions from first-time voters, according to the event’s press release.

Saturday’s event will also include a rally with Chicago-area activists and artists. 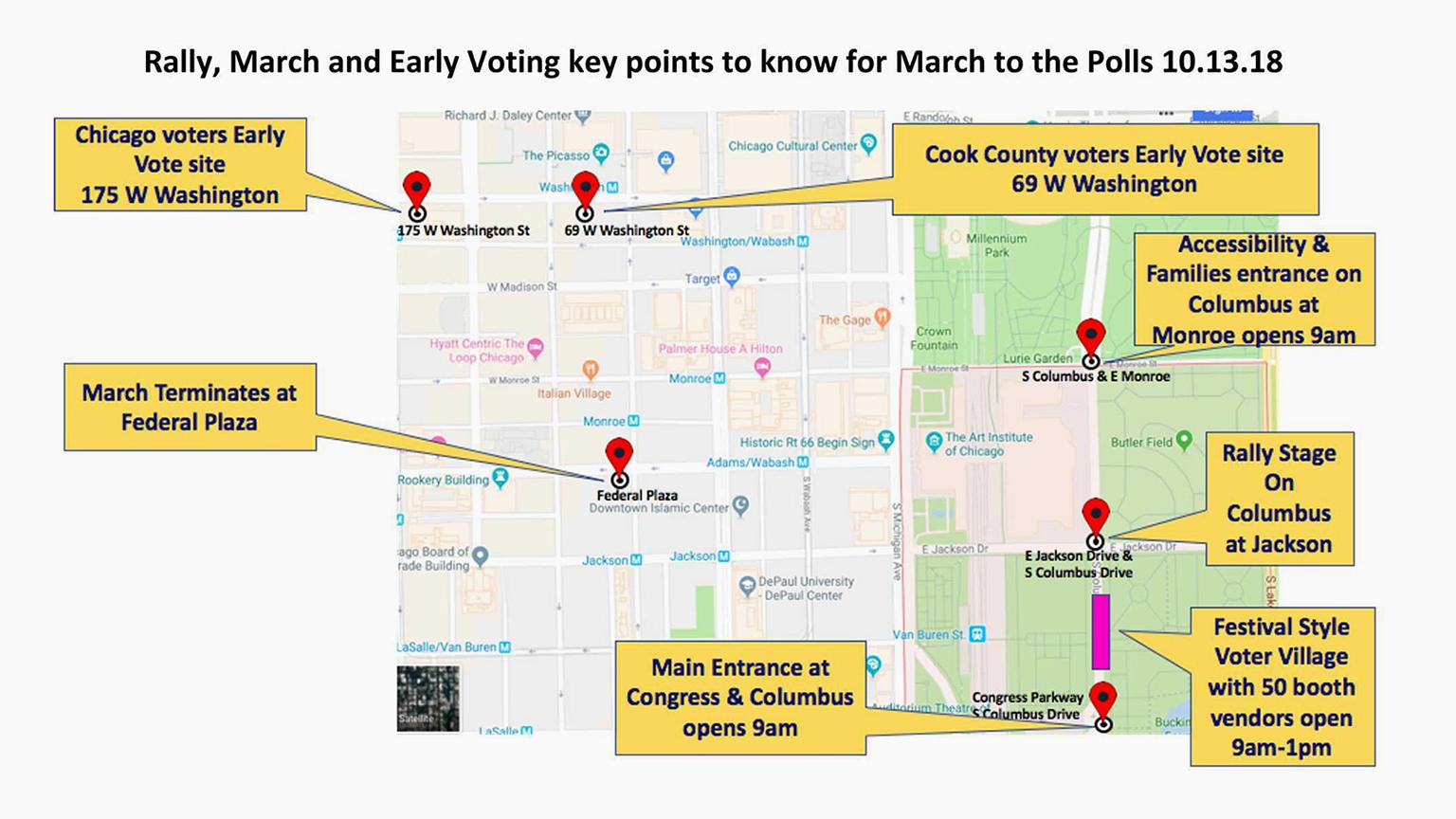 A map of Saturday’s March to the Polls. Click to enlarge.

Garrett said she sees the event as part of a long-lasting effort to include more women in political office, and to increase voter turnout.

“You see this movement growing nationwide, and it’s only getting bigger,” she said. “It’s a culmination of the last two marches with one primary goal: making sure every single voice is heard at the ballot box.”

Where: Participants can enter Grant Park at the intersection of Congress Parkway and Columbus Drive to access the Voter Village, starting at 9 a.m. The rally begins at 10 a.m. The march starts at 12:30 p.m., heading down Jackson Street and ending at Federal Plaza. Participants may then proceed to two early voting sites, open until 5 p.m.

Who: Those who identify as women and their loved ones. Women’s March Chicago is hosting the event, and Chicago Votes is co-hosting the First Time Voter Experience: Parade to the Polls.