Nearly three-quarters of registered voters lack confidence that Illinois’ recent budget deal will reduce the state’s long-term fiscal problems. Asked to rate their anger over the state’s fiscal situation on a scale of 1 to 5, with 5 meaning “extremely angry,” two-thirds of voters chose a 4 or 5. That anger may be contributing to the state’s population loss. Nearly half of the survey participants claimed they’d considered moving out of state in the last year.

Rosanna Marquez, state president of AARP Illinois, joins us Thursday evening to discuss the details of the survey.

Below, an edited Q&A with Marquez.

This was a statewide survey of registered Illinois voters over age 25. Why not poll only voters over 50 who more accurately represent AARP’s membership?

Illinois’ fiscal situation is such a big issue, we wanted to get a sense for how all of Illinois’ voters felt. We didn’t want to subdivide by age. We pride ourselves on the accuracy of all the research we do.

What did survey results show about voter anger in Illinois? 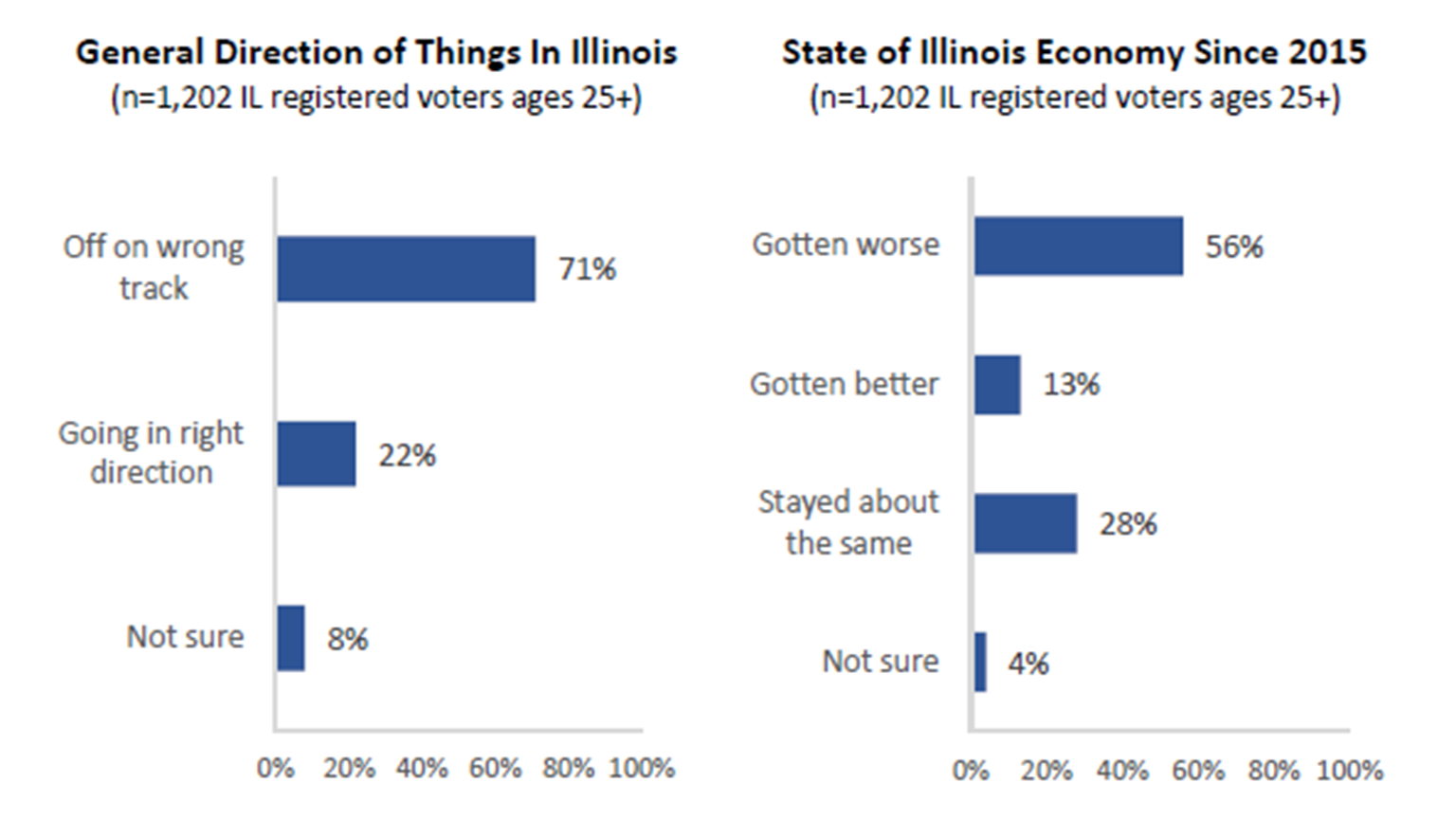 Almost three-fourths of our survey respondents say they are really frustrated and really angry. So much so that a good number of them are thinking of leaving the state or know someone who is thinking of leaving. That’s not just talk. We see that Illinois for the second year in a row is outpaced only by New Jersey in out-migration and students going to college out of state. It’s all tied to the state’s fiscal health. They’re not leaving for better weather – well, some of them are – but more people are leaving the state because of taxes and government mismanagement. And they lack the confidence that things will get better.

What do results from this survey tell you about the November election? What’s on people’s minds?

Do the results show more support for proposals by any particular gubernatorial candidate?

AARP is absolutely non-partisan. But we did ask people for their opinions on possible solutions. The most popular revenue-generating solutions turned out to be a graduated income tax, expanding gambling and higher income tax for those making above $1 million. Those strategies do happen to be endorsed by J.B. Pritzker. Unlike the revenue-generating solutions, there’s not a general consensus on which government programs would be best to cut.