This is something the mayor has talked about for a while, and research has consistently shown that early learning is important. The trick is always how to pay for it.

There is currently some full-day pre-K and plenty of half-day pre-K in the city. But outside of Chicago Public Schools, parents have to find some other early learning options if they want their children enrolled in full-day pre-kindergarten.

Starting next school year, the city is adding 180 full-day pre-K classrooms to provide for an additional 3,700 4-year-olds. Those numbers will increase incrementally until 2021, when the mayor’s office says it will become universal.

The city says families of four who make less than $46,365 per year will get first access.

The mayor says the expansion will be paid for through money the state distributes to CPS based on the new funding formula that passed last year. For example, every fiscal year CPS gets an additional $60 million under that law, a portion of which will be used to fund pre-kindergarten.

The nonprofit advocacy organization Illinois Action for Children worked with the city on a cost study and says currently, about 44 percent of the city’s 4-year-olds attend publicly funded preschools – and half of them are only in part-day programs. That’s something working families have consistently said doesn’t help them manage their child care needs.

So the way this will work is through a combination of things: converting the city’s half-day programming to full-day, and by partnering with community-based organizations that already provide pre-K to provide more. 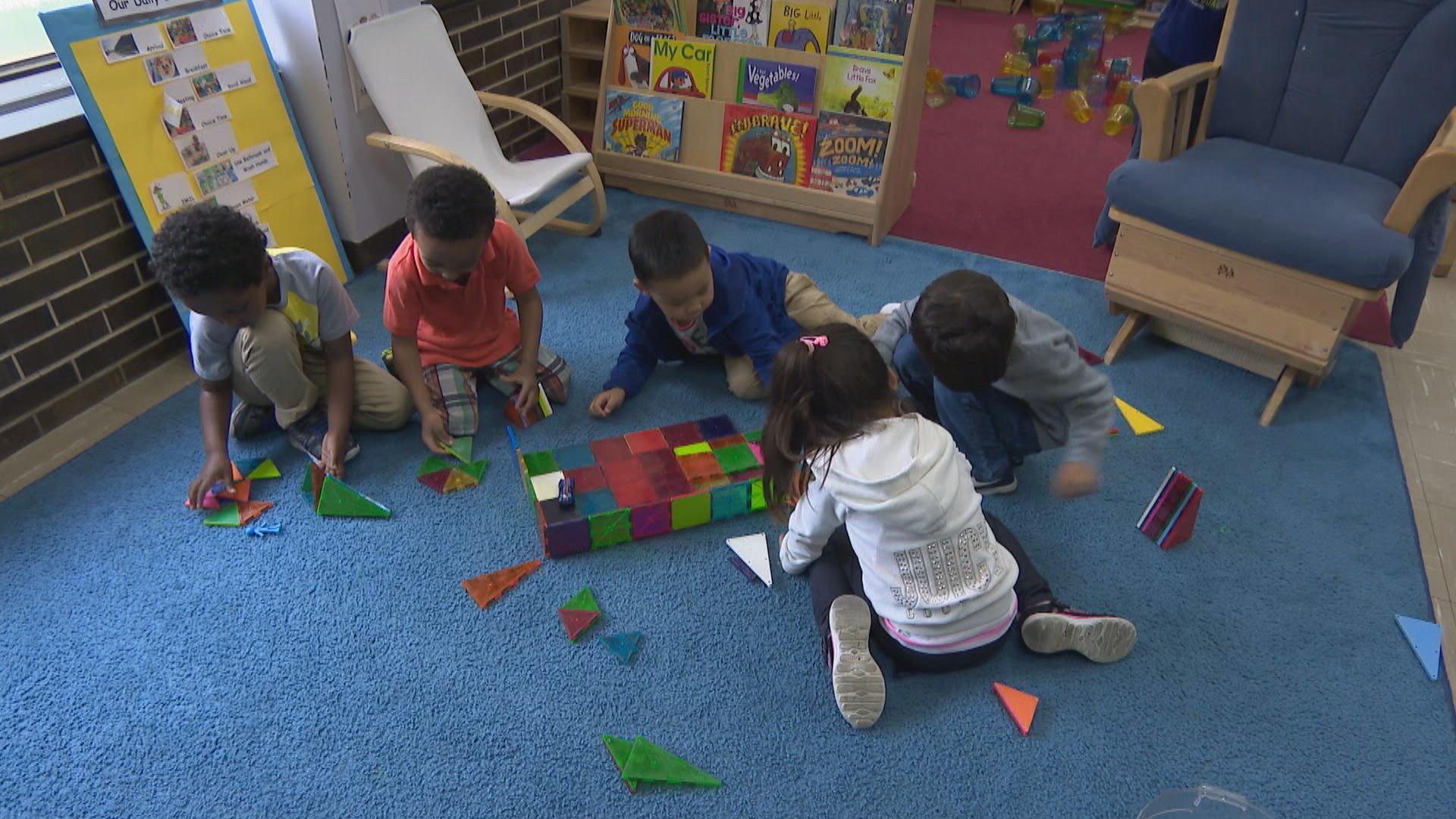 The city is also starting the Chicago Early Learning Workforce Scholarship, which will invest $2 million in scholarships to increase the number of educators who want to earn degrees in early child care.

Some of the mayor’s critics see the expansion as a way to score political points during a campaign year.

One big question is how this will be paid for. The budget director for the Center for Tax and Budget Accountability, a nonpartisan budget watchdog – and not necessarily a critic of the mayor’s – says that if the funding for this program comes from additional money the city already gets as a result of the new funding formula, that’s not the best way to fund pre-K.

The Chicago Teachers Union’s biggest critique is that the mayor has made steps to expand pre-K several times during his administration, but they say the number of students enrolled has declined by 20 percent since the mayor took office in 2011.

While the CTU agrees with the importance of increased pre-K access, they’re skeptical of the mayor’s actions.

“Saying we’re going to expand it: it’s a great idea, but again, you have to separate out the rhetoric from what he’s actually doing, and whether or not there’s funding behind it and whether there’s a will to solve some of the bureaucratic obstacles which he himself has thrown up,” said CTU Vice President Jesse Sharkey.

In a statement of support for the expansion, Diana Rauner, president of the Ounce of Prevention Fund, writes:

“Birth to age five is the most rapid period of brain development. It sets the foundation for all future learning, health and success. Mayor Emanuel’s universal pre-k plan promises a high-quality early education to children in poverty, and over time to all children, which will reduce the achievement gap and strengthen a child’s academic performance in the years that follow.”