My mother was a member of the Neptune’s Follies at the Century of Progress and on opening the Tribune magazine one Sunday, I was delighted to see Mom on the right fender of a car on the cover. We would love to hear more details.

Our viewer recently spotted her mother, Lucille Moore, in a print ad for a Chicago Tribune photo book about the Century of Progress World’s Fair. Lucille appears in a hat on the front of the car as part of the Farm Parade promoting the fair in July 1934. The parade was intended to encourage the nation’s farmers to visit the fair. By then, the lovely ladies of Neptune’s Follies had been entrancing fairgoers for three months.

At the Neptune’s Follies show, fairgoers would watch the bathing beauties from a circular moving sidewalk around a 50-foot tank, where they swam and dived in some pretty tiny costumes. The show was set in what the Chicago Tribune described as a “fantastic grotto” with pools, waterfalls and lighting effects against tropical backdrops designed by artist Nicolas Remisoff.

The Russian-born Remisoff was all over the Chicago cultural scene in the 1930s. He designed scenery for many stage productions and painted murals in several Chicago institutions, but little of his work in Chicago survives today.

The Neptune’s Follies show was staged in a steel-domed building that had been home the previous year to a fanciful Stone Age exhibit called  “The World a Million Years Ago” sponsored by a company whose mascot was a dinosaur, the Sinclair Oil Company.

Between shows, the Neptune’s Follies gals made a splash elsewhere in the fair, like modeling swimsuits for fashion shows. In another stunt, six of the young women took the afternoon off to take a shower in a gigantic 18-by-32 foot bathtub – supposedly the largest bathtub in the world – at the Crane Plumbing Company exhibit. 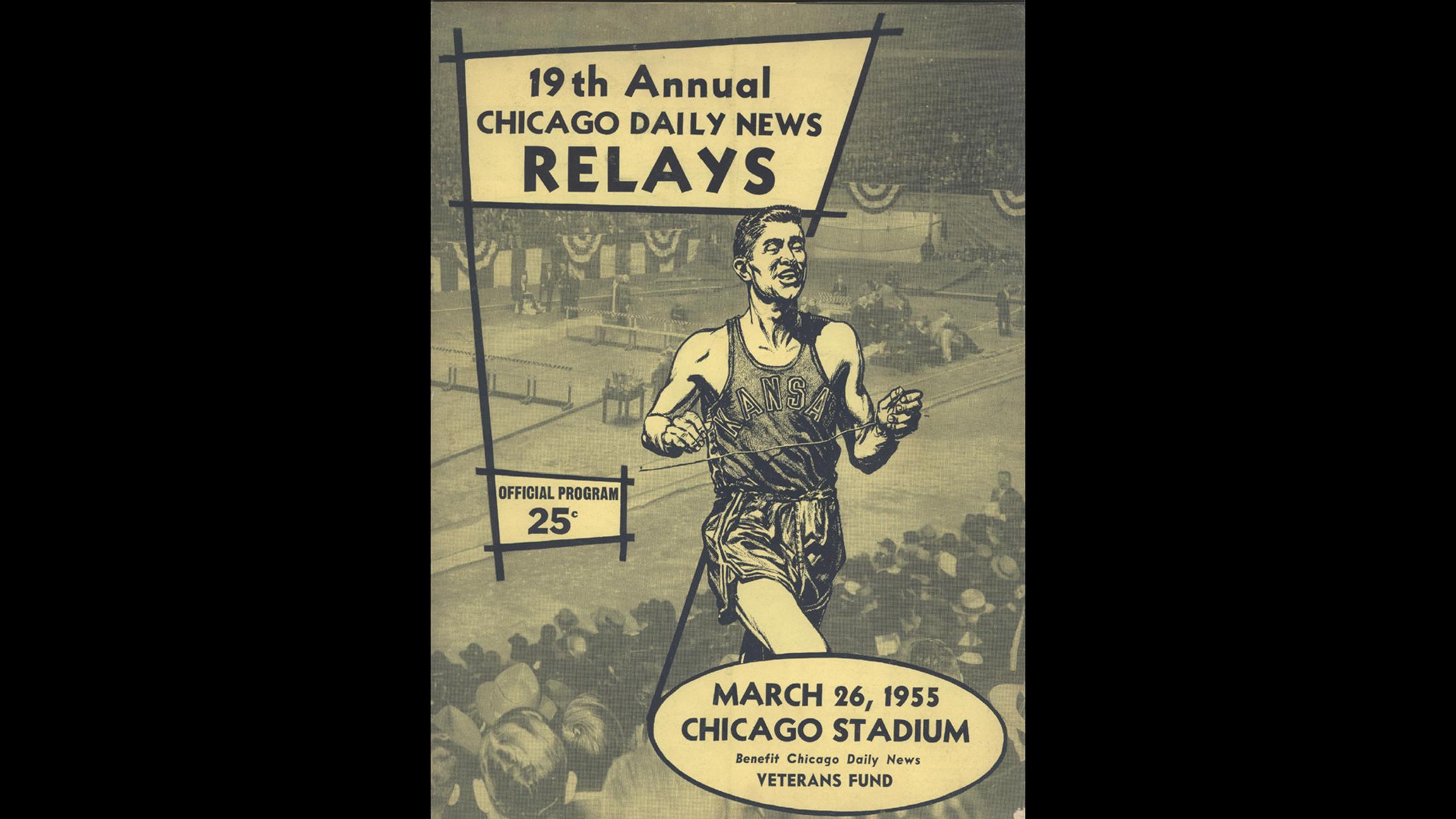 Growing up in Chicago, my parents took our family to something called the Daily News Regatta. Can you tell us what it was all about?

The city used to host a major track and field meet called the Chicago Daily News Relay. I remember high jumper John Thomas setting a world’s record there. Why did they end?

Many viewers of a certain age will fondly remember the Chicago Daily News, which published from 1876-1978 and for many years sold for a penny. A number of great Chicago writers passed through the Daily News’ columns, like Mike Royko, Carl Sandburg, Ben Hecht and Eugene Field.

From the late 1920s to the 1960s, the Daily News sponsored sporting events in Chicago including the regatta and the relays our viewers remember as a way to support charities.

The Daily News Relay was a track-and-field meet held at Chicago Stadium that began in 1936. Foot races, high jumps and pole vaulting were held for college, high school and even elementary school athletes. 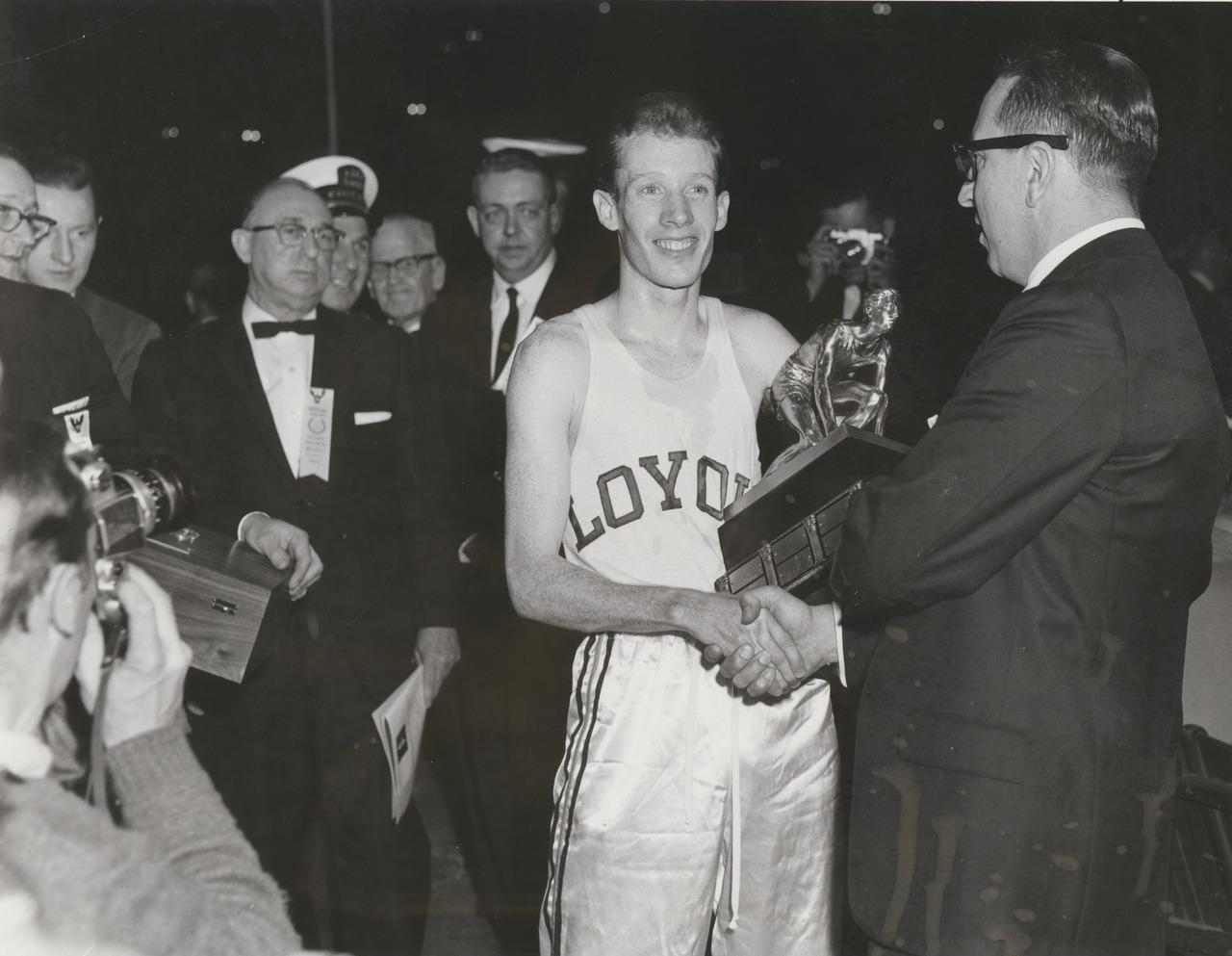 The Relay’s signature event was a mile-long race called the Bankers’ Mile. Speedster Ron Delaney ran that mile in 1958 in 4 minutes, 3.2 seconds, which set a world record for an indoor mile. Six years later, the world record was again set at the Daily News Relay by Tom O’Hara with a time of 3 minutes, 56.4 seconds.

The high jumper our viewer mentioned, John Thomas, set his second world record jumping 7 feet, 2 ½ inches at Chicago Stadium in 1960. Thomas went on to become a two-time Olympic medalist in 1960 and 1964. 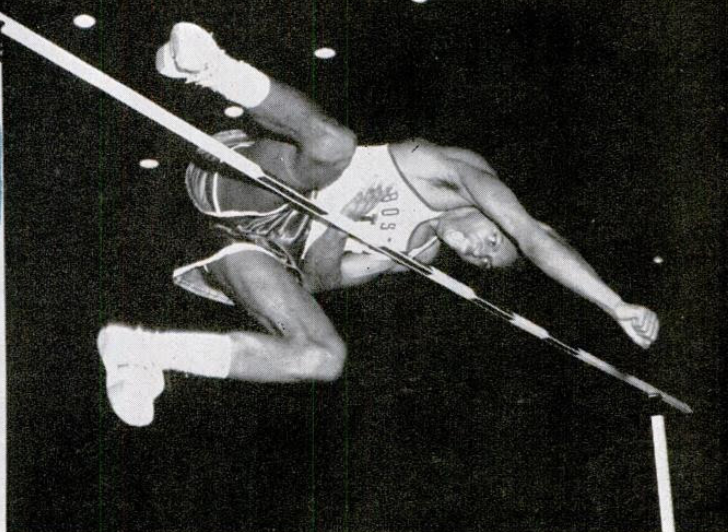 The first Daily News Regatta, which is a series of boat races, was held in 1928. It was a one-day event in which dinghies, canoes, motorboats, yachts and other water craft raced each other. The boat that won its class by the largest margin was awarded the John S. Knight trophy.

By the ‘50s, some accounts said it was the largest freshwater regatta in the world, with over 300 boats from all over Lake Michigan and beyond participating.

In the early years of the regatta, Chicagoans could watch the day’s events from Navy Pier. The event later moved to Montrose Beach and, even later, 12th Street Beach near Adler Planetarium. The Chicago Tribune reported that a crowd of 100,000 gathered near the Planetarium to watch the 1954 regatta.

While the Regatta and the Relay were popular, the sponsoring newspaper was facing dwindling circulation. In 1959 the Daily News was purchased by the owners of the Chicago Sun-Times, and the events were ended not long after. The last Regatta was held in 1960 and the last Relay in 1964, and the Daily News published its last edition on March 4, 1978. 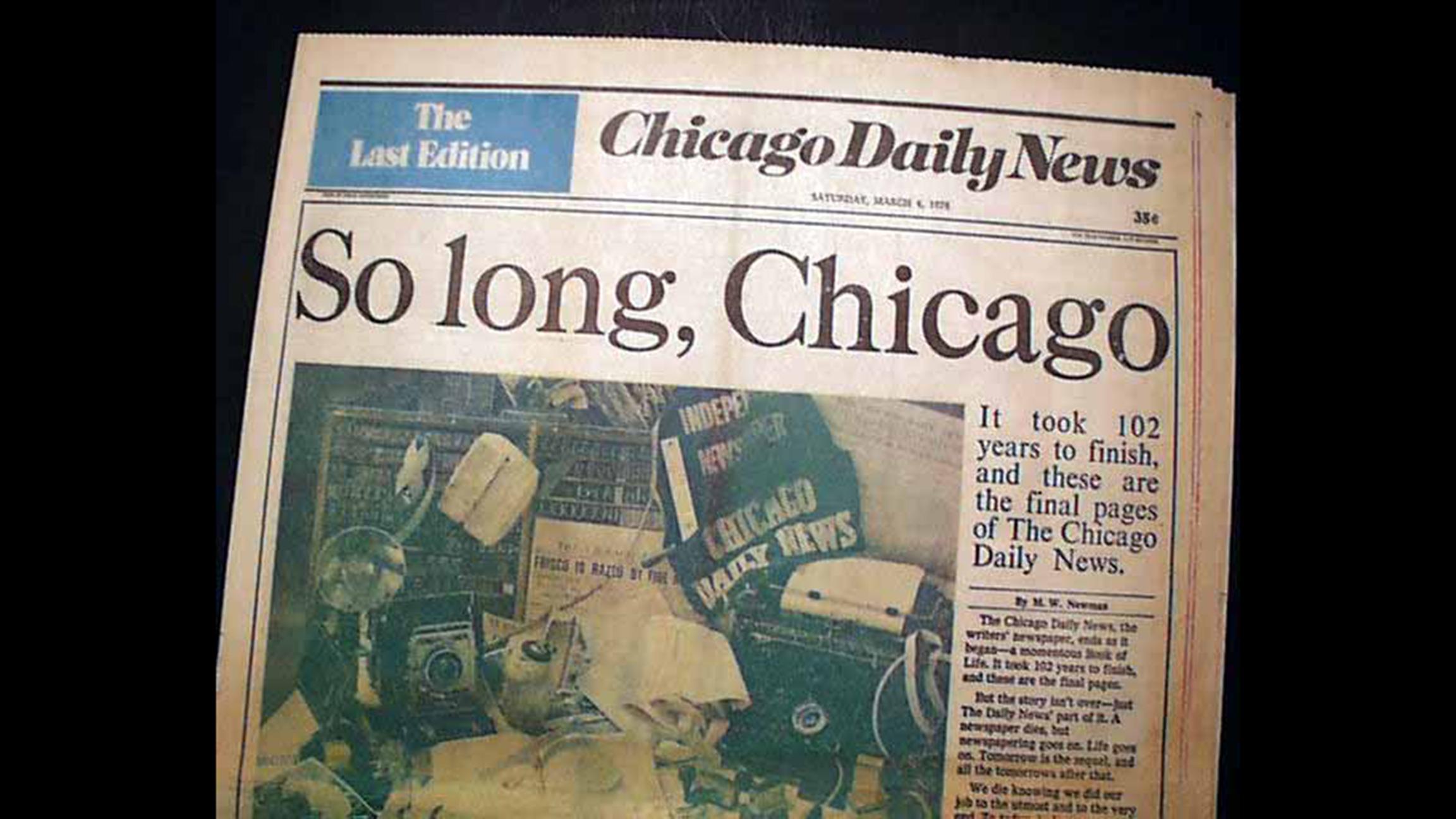