When you've waited 108 years to win a World Series, you don't want to wait another second to put on championship gear. So how did the Cubs and retail outlets get that gear so fast?

Geoffrey Baer asks himself that question and ponders the number of people who attended the Cubs rally in Grant Park. We also take a tour of historic Glessner House.

The minute the Cubs won the World Series they all donned their World Series Champion hats and shirts – presumably there was a similar set of shirts and hats printed up for the Indians. What happens to all the swag that never gets used for losing championship teams?  Also what is the mechanism for printing and distributing all that gear to the public within hours of the victory? 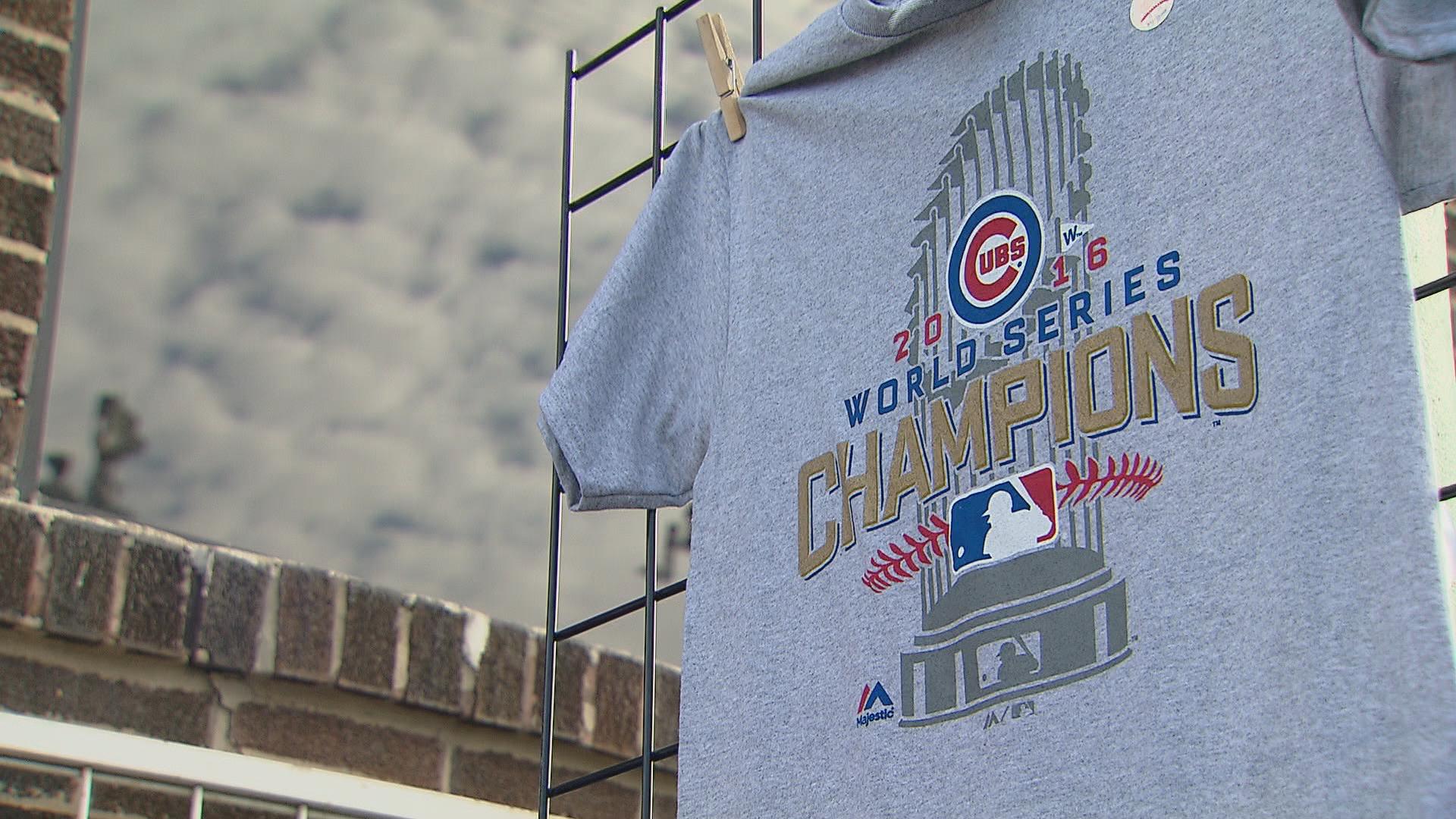 We talked to Major League Baseball about the process of getting all those items ready for the Series victory celebration. Obviously, it’s printed up ahead of time, but manufacturing doesn’t start until a clinch is imminent, that is, when a team gets their third win in the Series. In this case, that means the championship gear for the Indians was produced after Game 4, but it wasn’t until the Cubs won Game 6 that their gear was produced.

MLB said the first run is turned around in a matter of hours. For locker room celebrations, approximately 150 caps and shirts are made. The locker room apparel is designed by the MLB’s consumer products division and their licensed partners New Era Cap Co and Majestic Athletic, who also manufacture the gear.

Retail outlets can take a gamble and pre-order championship gear, which is delivered to stores just before the potentially clinching game. MLB didn’t have an exact number on the items made for the first retail distribution this year, but they did say that for the Cubs the quantities were historic, in the tens of thousands.

That means that if the team loses, the retailers lose too. They have to put the boxes of gear right back on the truck and return them to the manufacturers unopened. The retailers only get refunded a portion of the items’ cost.

For the last several years, a humanitarian organization took donations of the losing team’s apparel for shipment to needy communities in other countries, but for 2016, MLB opted to have the items destroyed. They said the change was to keep inaccurate merchandise from becoming available or visible in the general market.

We also had a viewer ask us about a different sort of championship gear – the vinyl wraps that went on CTA buses and train cars right after the historic win. According to the CTA, their in-house graphics team created some design concepts earlier in the postseason when a championship became a possibility. The morning after Game 7, the process was started to wrap the train cars and the #152 Addison buses in pressure-sensitive vinyl sheets. They were rolled out on the following Monday and were in operation for about a week.

I heard the statistic that the Cubs rally was the seventh largest gathering in human history. Who does those crowd estimates and how? Also, what are the biggest gatherings in Chicago history? 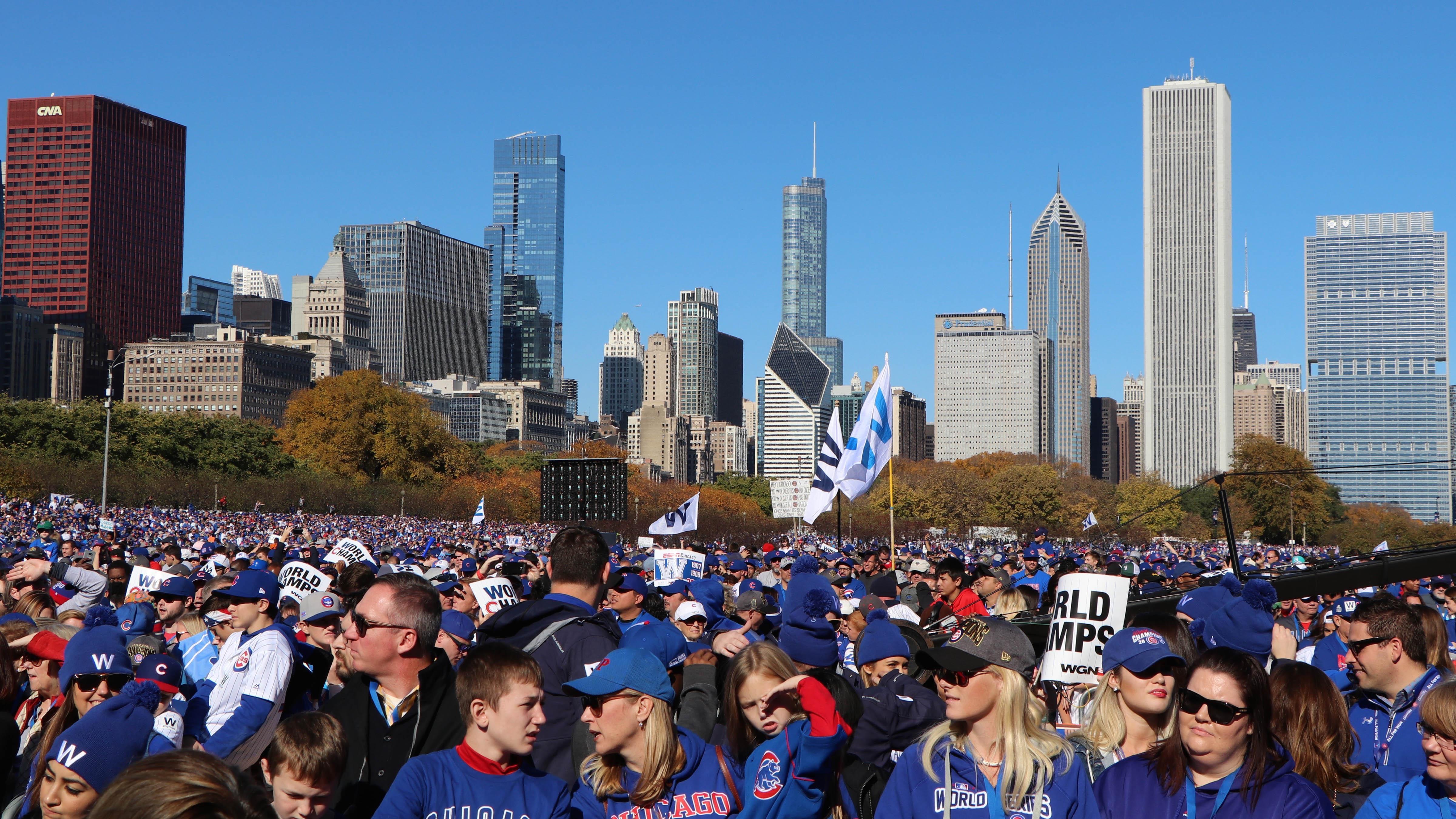 An estimated 5 million Cubs fans came out for the parade and rally, according to Chicago Office of Emergency Management and Communications.

The claim that this is the seventh largest gathering in world history can be traced to a list of world events compiled by the British newspaper The Telegraph. The six bigger gatherings were religious pilgrimages, festivals and gatherings in Asia and the Middle East which took place between 1969 and 2014.

But there are plenty of reasons to be skeptical about all these numbers, including the Cubs. University of Chicago Department of Statistics Chairman Stephen Stigler says most crowd estimates are vastly exaggerated, and there are probably a few reasons why that happens. Security planners need to anticipate the maximum number of people who might attend, there are political reasons to over or under report numbers and of course people just get carried away. Stigler analyzed photos from the Blackhawks 2010 rally, which the city estimated at 2 million, one of the largest in city history. Stigler put the number closer to 200,000.

The OEMC did not respond to our repeated calls so we don’t know what method they used to come up with the Cubs figure, but a method commonly used is to draw a grid over an aerial photograph, estimate the number of people per square foot, and multiply from there. (Of course if an event is ticketed, like Chicago Day at the 1893 Columbian Exposition, you have more accurate data to report – in that case, about 750,000.)

According to numbers reported in the Chicago Tribune, the next largest one after the Cubs rally is General Douglas MacArthur’s 1951 visit, which reportedly drew 3 million people. The Apollo 11 astronauts’ 1969 parade ties for third with 2 million people. That’s roughly the same number reported for each of the three championship Blackhawks rallies. The White Sox championship rally in 2005 was estimated at about 1.75 million. The 1979 visit by Pope John Paul II was estimated at 1.5 million, but other reports said half a million, or even as low as 100,000. The 2015 Pride Parade was estimated at a million – that was the year marriage equality became law nationwide. President Barack Obama’s election night gathering in Grant Park in 2008 was estimated at 150,000.

But those are all relatively recent events. Carl Smith of Northwestern University points out that in the days before the automobile and the airplane, it was much harder to get a lot of people in one place. For instance, the 750,000 who attended Chicago Day at the 1893 World’s Fair– even though more recent events may have higher attendance–that kind of attendance in 1893 is arguably just as impressive.

Smith also mentions that there were usually large public gatherings for events like the opening of the Illinois and Michigan Canal or city anniversaries, or even celebrating the ends of wars, but crowd numbers weren’t really kept then.

DePaul University Professor Joseph Schwieterman also mentioned one event that was impressive not just for its size, but also the distance the crowd traveled. On the last day of the 28th Eucharistic Congress of 1926,  a crowd of 750,000 pilgrims traveled by foot, auto and rail more than 40 miles from Chicago to St. Mary of the Lake in Mundelein.

We don’t have a third question tonight. Instead we want to talk about an important milestone in the world of Chicago architecture. 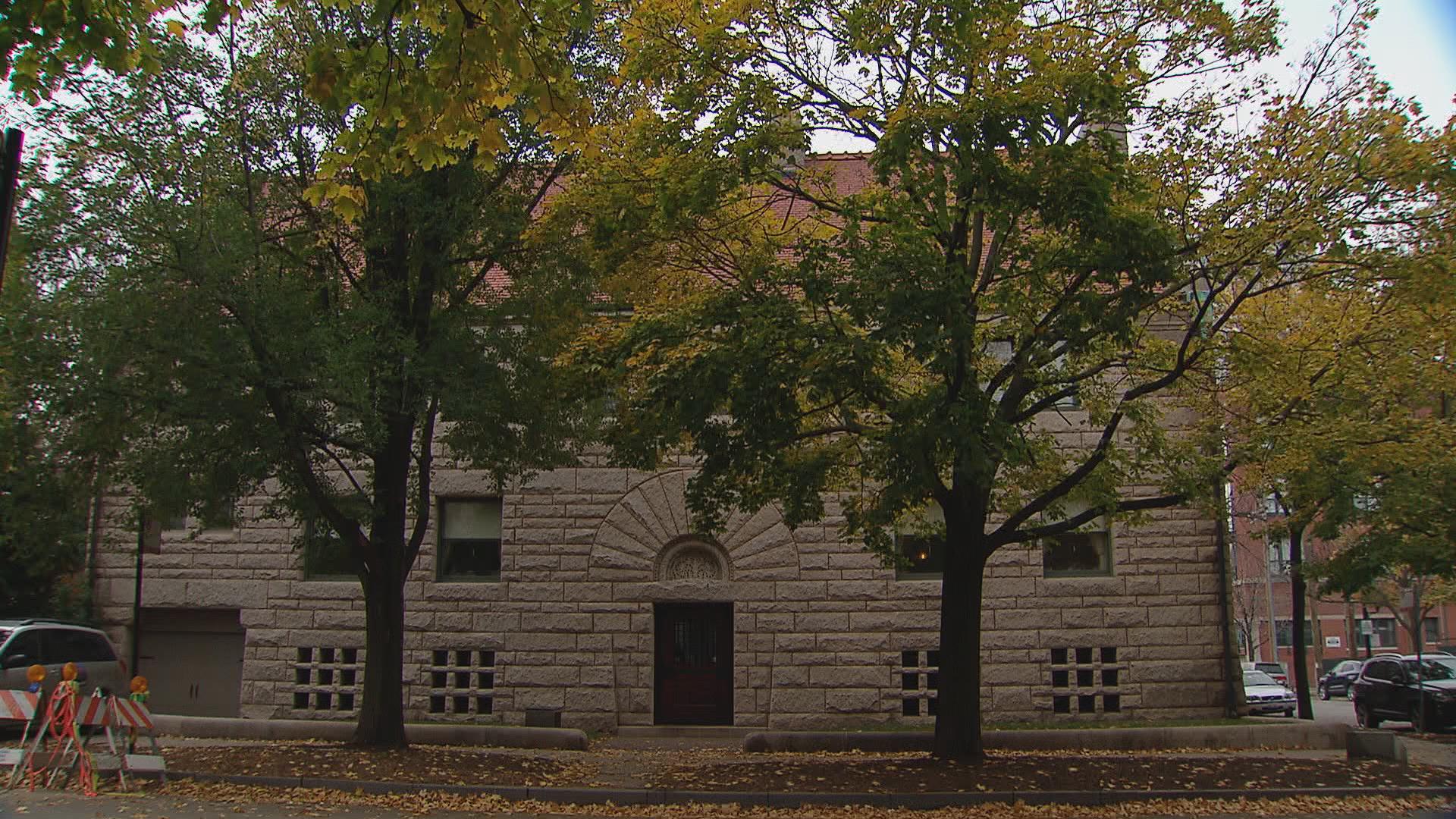 South Prairie Avenue was once home to Chicago’s wealthiest families. The house was commissioned by farm implement executive John J. Glessner and his wife Frances. They commissioned a radical design from H.H. Richardson, a sort of an arts-and-crafts style fortress which their neighbor George Pullman hated. The interior was decorated with furnishings, artwork and textiles by highly influential designers like William Morris.

But by the first decade of the 20th Century, just 20 years after the house was built, the neighborhood was declining. Residents fled to the North Side and most of the mansions became boarding houses or industrial facilities and were eventually torn down.

The Glessners stayed in their beloved house until they died in the 1930s. They had three children: two sons, one of whom died in infancy, and a daughter, Fanny. Despite having no formal education, Fanny Glessner went on to become a pioneer in forensic science when she built intricately detailed, highly accurate dioramas of murder scenes.

The Glessners had hoped to see the house preserved, but it was sold first to the Illinois Institute of Technology for use as classrooms and later to a printing foundation that use it as a sort of laboratory.

The foundation started offering tours in 1971 and began the decadeslong process of converting it to a house museum. Glessner descendants returned much of the furnishings and art objects, which they had kept in storage, to the house.

Today, the neighborhood has come full circle. Glessner House Executive Director Bill Tyre said in the early days an armed caretaker used to sit outside to protect visitors’ cars. Now, it’s at the very heart of the booming and upscale South Loop.